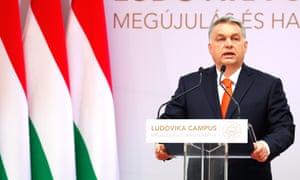 Such countries were generally condemned to remain what one influential commentator has called quasi-states. Formally equivalent to the older nations with which they now shared the stage, they were in reality very different entities, and they could not be expected to deliver comparable benefits to their citizens.

Those dictators could never have held such incoherent states together without tremendous reinforcement from outside, which was what sealed the lid on the pressure cooker. The post-imperial ethos was hospitable to dictators, of course: with the UNs moral rejection of foreign rule came a universal imperative to respect national sovereignty, no matter what horrors went on behind its closed doors. But the cold war vastly expanded the resources available to brutal regimes for defending themselves against revolution and secession. The two superpowers funded the escalation of post-colonial conflicts to stupefying levels of fatality: at least 15 million died in the proxy wars of that period, in theatres as dispersed as Afghanistan, Korea, El Salvador, Angola and Sudan. And what the superpowers wanted out of all this destruction was a network of firmly installed clients able to defeat all internal rivals.

There was nothing stable about this cold war stability, but its devastation was contained within the borders of its proxy states. The breakup of the superpower system, however, has led to the implosion of state authority across large groups of economically and politically impoverished countries and the resulting eruptions are not contained at all. Destroyed political cultures have given rise to startling post-national forces such as Islamic State, which are cutting through national borders and transmitting chaos, potentially, into every corner of the world.

Over the past 20 years, the slow, post-cold-war rot in Africa and the Middle East has been exuberantly exploited by these kinds of forces whose position, since there are more countries set to go the way of Yemen, South Sudan, Syria and Somalia, is flush with opportunity. Their adherents have lost the enchantment for the old slogans of nation-building. Their political technology is charismatic religion, and the future they seek is inspired by the ancient golden empires that existed before the invention of nations. Militant religious groups in Africa and the Middle East are less engaged in the old project of seizing the state apparatus; instead, they cut holes and tunnels in state authority, and so assemble transnational networks of tax collection, trade routes and military supply lines.

Such a network currently extends from Mauritania in the west to Yemen in the east, and from Kenya and Somalia in the south to Algeria and Syria in the north. This eats away the old political architecture from the inside, making several nation states (such as Mali and the Central African Republic) essentially non-functional, which in turn creates further opportunities for consolidation and expansion. Several ethnic groups, meanwhile such as the Kurds and the Tuareg which were left without a homeland after decolonisation, and stranded as persecuted minorities ever since, have also exploited the rifts in state authority to assemble the beginnings of transnational territories. It is in the worlds most dangerous regions that todays new political possibilities are being imagined.

The wests commitment to nation states has been self-servingly partial. For many decades, it was content to see large areas of the world suffer under terrifying parodies of well-established Western states; it cannot complain that those areas now display little loyalty to the nation-state idea. Especially since they have also borne the most traumatic consequences of climate change, a phenomenon for which they were least responsible and least equipped to withstand. The strategic calculation of new militant groups in that region is in many ways quite accurate: the transition from empire to independent nation states has been a massive and unremitting failure, and, after three generations, there needs to be a way out.

But there is no possibility that al-Shabaab, the Janjaweed, Seleka, Boko Haram, Ansar Dine, Isis or al-Qaida will provide that way out. The situation requires new ideas of political organisation and global economic redistribution. There is no superpower great enough, any more, to contain the effects of exploding quasi-states. Barbed wire and harder borders will certainly not suffice to keep such human disasters at bay.

Let us turn to the nature of the nation-state system itself. The international order as we know it is not so old. The nation state became the universal template for human political organisation only after the first world war, when a new principle national self-determination,, as US President Woodrow Wilson named it buried the many other blueprints under debate. Today, after a century of lugubrious international relations, the only aspect of this principle we still remember is the one most familiar to us: national independence. But Wilsons original programme, informed by a loose international coalition including such diverse visionaries as Andrew Carnegie and Leonard Woolf (husband of Virginia), aimed for something far more ambitious: a comprehensive intra-state democracy designed to ensure global cooperation, peace and justice.

How were human beings to live securely in their new nations, after all, if nations themselves were not subject to any law? The new order of nations only made sense if these were integrated into a society of nations: a formal global society with its own universal institutions, empowered to police the violence that individual states would not regulate on their own: the violence they perpetrated themselves, whether against other states or their own citizens.

The cold war definitively buried this society, and we have lived ever since with a drastically degraded version of what was intended. During that period, both superpowers actively destroyed any constraints on international action, maintaining a level of international lawlessness worthy of the scramble for Africa. Without such constraints, their disproportionate power produced exactly what one would expect: gangsterism. The end of the cold war did nothing to change American behaviour: the US is today dependent on lawlessness in international society, and on the perpetual warfare-against-the-weak that is its consequence.

Just as illegitimate government within a nation cannot persist for long without opposition, the illegitimate international order we have lived with for so many decades is quickly exhausting the assent it once enjoyed. In many areas of the world today, there is no remaining illusion that this system can offer a viable future. All that remains is exit. Some are staking everything on a western passport, which, since the supreme value of western life is still enshrined in the system, is the one guarantee of meaningful constitutional protection. But such passports are difficult to get.

That leaves the other kind of exit, which is to take up arms against the state system itself. The appeal of Isis for its converts was its claim to erase from the Middle East the catastrophe of the post-imperial century. It will be remembered that the groups most triumphant publicity was associated with its penetration of the Iraq-Syria border. This was presented as a victory over the 1916 treaties by which the British and French divided the Ottoman Empire amongst themselves Isiss PR arm issued the Twitter hashtag #SykesPicotOver and inaugurated a century of Mesopotamian bombing. It arose from an entirely justifiable rejection of a system that obstinately designated during the course of a century and more Arabs as savages to whom no dignity or protection would be extended.

The era of national self-determination has turned out to be an era of international lawlessness, which has crippled the legitimacy of the nation state system. And, while revolutionary groups attempt to destroy the system from below, assertive regional powers are destroying it from above by infringing national borders in their own backyards. Russias escapade in Ukraine demonstrates that there are now few consequences to neo-imperial bagatelles, and Chinas route to usurping the 22nd-richest country in the world Taiwan lies open. The true extent of our insecurity will be revealed as the relative power of the US further declines, and it can no longer do anything to control the chaos it helped create.

The three elements of the crisis described here will only worsen. First, the existential breakdown of rich countries during the assault on national political power by global forces. Second, the volatility of the poorest countries and regions, now that the departure of cold war-era strongmen has revealed their true fragility. And third, the illegitimacy of an international order that has never aspired to any kind of society of nations governed by the rule of law.

Since they are all rooted in transnational forces whose scale eludes the reach of any one nations politics, they are largely immune to well-meaning political reform within nations (though the coming years will also see many examples of such reform). So we are obliged to re-examine its ageing political foundations if we do not wish to see our global system pushed to ever more extreme forms of collapse.