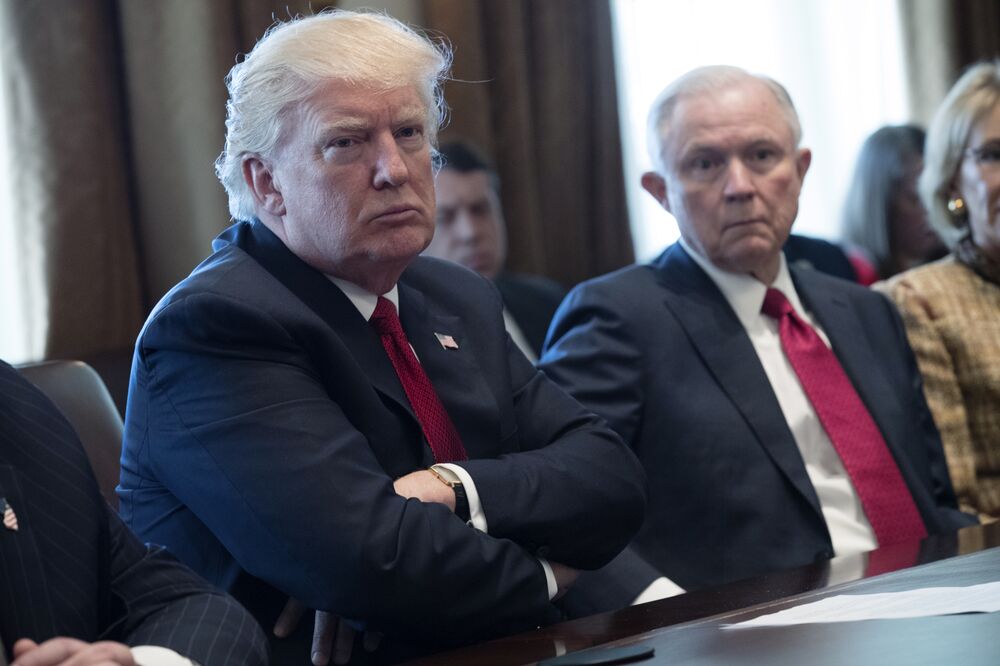 President Donald Trump personally ordered the Department of Justice to hire a former White House official who departed after he was caught up in a controversy over the release of intelligence material to a member of Congress, according to people familiar with the matter.

Ezra Cohen-Watnick, who was forced out of the National Security Council last year, will advise Attorney General Jeff Sessions on national security matters. He left the White House in August for a job at Oracle Corp. following reports that he had shown House Intelligence Chairman Devin Nunes classified documents.

The material allegedly revealed that members of the Obama administration had sought the identities of Trump campaign officials and associates inadvertently caught on government intercepts, in a process known as “unmasking.” Nunes then disclosed that information publicly in an attempt to bolster Trump’s unsubstantiated allegation that President Barack Obama had wiretapped him.

Cohen-Watnick’s attorney, Mark Zaid, said that reports of his involvement in the Nunes incident were erroneous. While Cohen-Watnick was working on unmasking issues at the NSC, Zaid said in an interview, “he never showed the documents to Nunes. He never met with Nunes. He had nothing to do with Nunes.”

Zaid said that Cohen-Watnick was not fired from the White House. “There was a decision that he was going to leave the NSC to go to another federal position and he resigned on his own accord to go to Oracle,” Zaid said.

Zaid said that Sessions offered Cohen-Watnick a job in September. Cohen-Watnick neither accepted nor declined the position, Zaid said. “He was continuing to enjoy his time at Oracle,” he said.

Trump had thought Cohen-Watnick began working at the Justice Department in the fall, but a confidant told the president during a recent phone call that he was not, according to a person briefed on the call. Trump was displeased, and told staff to make it clear he wanted Cohen-Watnick on the job as soon as possible.

Cohen-Watnick was recently asked again to join the Justice Department and accepted, Zaid said. He starts his new government job on Monday.

As a matter of policy, the White House generally doesn’t approve the rehiring of staff who are dismissed, aides said. But after it became clear the president wanted Cohen-Watnick on Sessions’ staff, the move was approved.

His rehiring drew criticism from Democrats, who speculated Cohen-Watnick may attempt to interfere in Special Counsel Robert Mueller’s investigation into Russian meddling in the 2016 election.

“Given Mr. Cohen-Watnick’s reported role in helping Congressman Nunes turn the House Intelligence Committee investigation into a partisan breeding ground for conspiracy theories, his new position with the Attorney General at such a sensitive time is deeply troubling,” Matt House, a spokesman for Senate Democratic Leader Chuck Schumer of New York, said in a statement. “Mr. Cohen-Watnick must not come anywhere near the Mueller investigation, and Democrats will watch like a hawk to ensure that’s the case.”

Zaid called House’s statement “highly irresponsible” and said “as a DOJ employee, Mr. Cohen-Watnick will abide by all laws and ethical obligations that bind him.”

Cohen-Watnick also previously worked with Trump’s first national security adviser, Michael Flynn, who resigned after he misled administration officials, including Vice President Mike Pence, about his contacts with the Russian ambassador to the U.S.