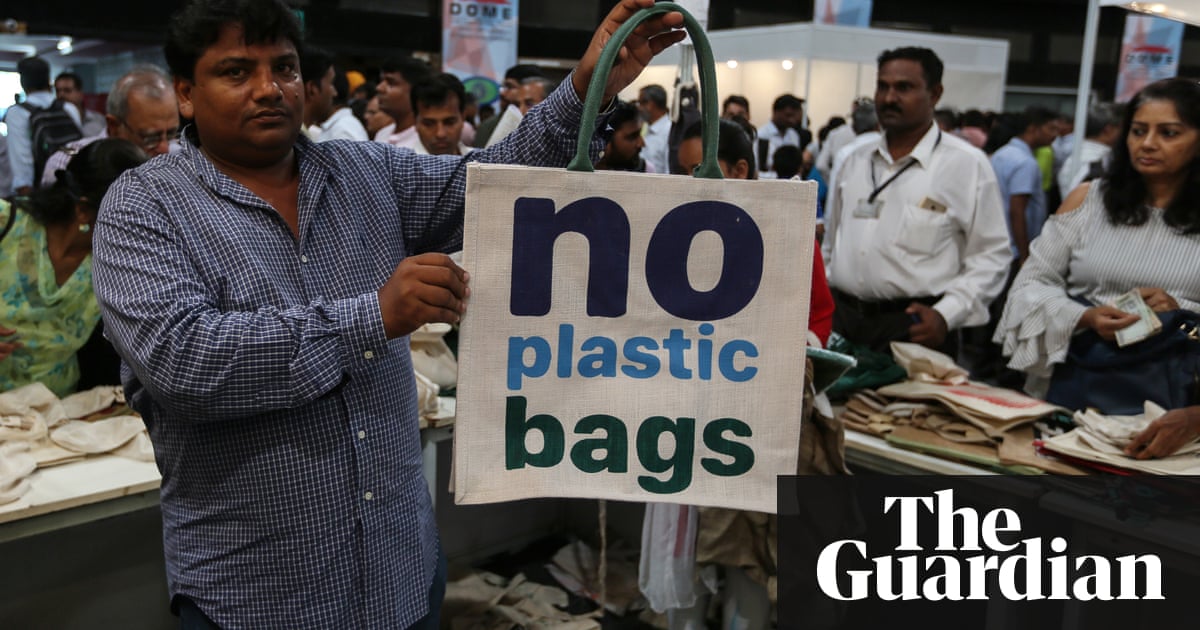 Mumbai has the become the largest Indian city to ban single-use plastics, with residents caught using plastic bags, cups or bottles to face penalties of up to 25,000 rupees (276) and three months in jail from Monday.

Council inspectors in navy blue jackets have been posted across the city to catch businesses or residents still using plastic bags. Penalties have already kicked in for businesses and several, reportedly including a McDonalds and Starbucks, have already been fined.

Penalties range from 5,000 rupees for first-time offenders to 25,000 rupees and the threat of three months jail for those caught repeatedly using single-use plastics.

For the pollution situation its fine to do this but for the people it is a big problem, said Kamlash Mohan Chaudhary, a Mumbai resident. People here carry everything in plastic bags.

Chaudhary, a taxi driver, said he had started carrying a cloth bag and that his local mutton vendor had begun wrapping the meat in newspaper rather than plastic sheets.

Local media have reported complaints from vendors who say some inspectors are using confusion over the ban to extort money from businesses.

India recently hosted World Environment Day, which this year focused on the epidemic of plastic waste. About 6.3bn tonnes of plastic globally has been discarded into the environment since 1950, most of which will not break down for at least 450 years.

Half of the worlds plastic was created in the past 13 years and about half of that is thought to be for products used once and thrown away, such as bags, cups or straws.

Indias use of plastic is less than half of the global average: about 11kg a year per capita compared with 109kg in the US.

India has among the highest rates of mismanaging plastic waste in the world, according to a 2015 study. Strewn plastic wrappers, cups and bags are a common sight on the streets of Indian cities and beaches and make up part of the mountain-sized landfills on the outskirts of major metropolitan areas such Delhi.