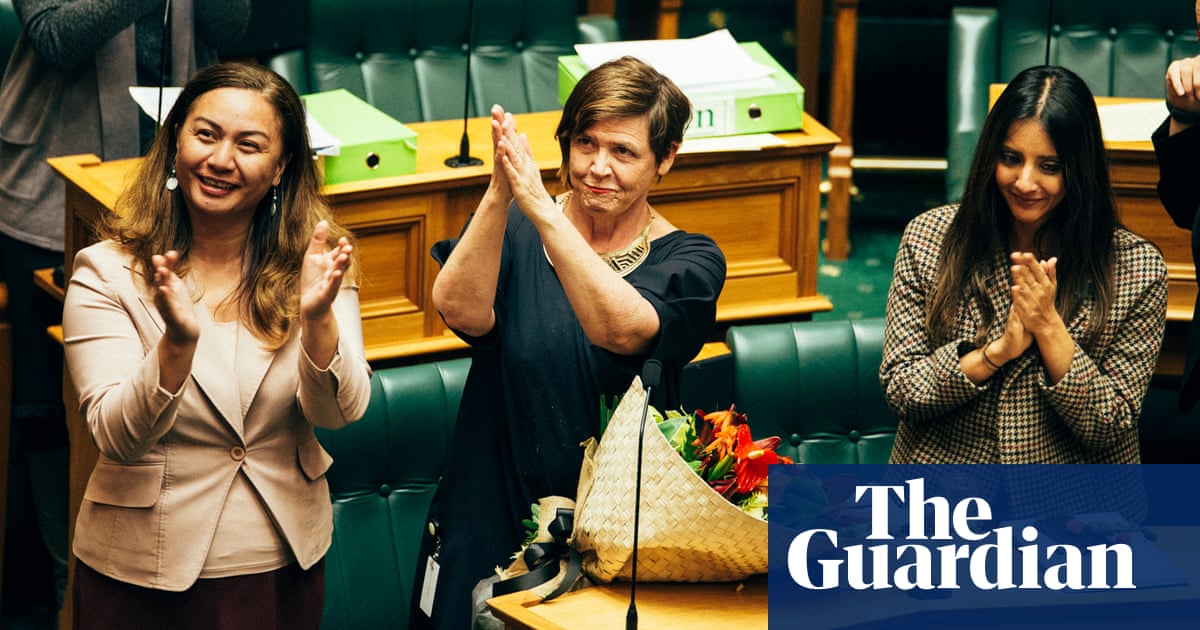 New Zealand has passed world-first legislation granting victims of domestic violence 10 days paid leave to allow them to leave their partners, find new homes and protect themselves and their children.

MPs clapped and cheered as bill passed on Wednesday night with 63 votes to 57. It is the result of seven years of work by Green MP Jan Logie, who worked in a womens refuge before she became a politician.

Despite some opposition National MPs initially supporting Logies private members bill the entire party withdrew its support at the final reading, saying the cost to small and medium-size businesses would be too great, and might dissuade employers from hiring people they suspected of being domestic violence victims.

New Zealand has one of the highest rates of domestic violence in the developed world, with police responding to a family violence incident every four minutes. Family violence is estimated to cost the country between NZ$4.1bn and $7bn a year.

Logie, who teared up when her bill was passed, said the new legislation was the first step in tackling the countrys endemic and horrifying domestic abuse rates, and other countries should follow suit.

Part of this initiative is getting a whole-of-society response. We dont just leave it to police but realise we all have a role in helping victims. It is also about changing the cultural norms and saying we all have a stake in this and it is not OK, said Logie.

The new legislation will come into effect in April next year and stipulates that any person experiencing domestic violence will be entitled to 10 days paid leave from work, which will be in addition to standard holiday and sick leave entitlements.

Domestic violence victims do not have to provide proof of their circumstances, and will also be entitled to fast-tracked flexible work conditions designed to ensure their safety, such as changing their work location, changing their email address and having their contact details removed from the businesss website.

Domestic violence doesnt respect that split between work and life. A huge amount of research tells us a large number of abusive partners bring the violence into the workplace, said Logie. Be that by stalking their partner, by constant emails or phone calls or threatening them or their workmates. And some of that is about trying to break their attachment to their job to get them fired or get them to quit so they are more dependent on their partner. It is very common.

Family violence groups welcomed the new legislation, saying it was the beginning of New Zealanders realising that tackling the problem was part of a broader shift to improving employee wellbeing.

Dr Ang Jury, the chief executive of Womens Refuge, said the bill was in no way a magic bullet and was not preventative in nature, but it was a significant step in the right direction. She said: We know womens economic situation is pivotal to her choices that decides what she can and cant do. If she can retain her job and retain the confidence of her employer, whilst still dealing with domestic issues, then that is great news.

Holly Carrington, a spokeswoman for Shine, a charity helping victims of domestic abuse, said: It sets a solid benchmark for what businesses are legally required to do and we need to be clear that employers can do this from a perspective of self-interest, because by helping those staff they will be retaining valuable employees and improving productivity.

The Labour coalition government allocated an additional NZ$80m in funding for family violence groups in Mays budget the first funding boost for frontline services in a decade. But Carrington said the problem was overwhelming and needed more resources and a royal commission of inquiry into the family courts, a demand supported this week by the United Nations committee on Womens Rights.

Obviously we are happy and thrilled [about the bill] but in the scheme of things the struggle goes on, said Carrington. Our frontline staff are overwhelmed on a daily basis. We have dangerous, high-risk cases every day where the system is completely failing to protect them. We didnt take the time out to celebrate. Maybe we should have, because this is a huge win.

In March the Australian government announced it would introduce legislation entitling workers to five days unpaid leave to deal with a family violence situation.