(CNN)On horseback or by air, Ben Maher is essentially a traveling businessman.

Leader of the Longines Global Champions Tour having amassed three quarters of a million dollars in earnings this season alone, he has a work force of up to 14 people at any given time pushing him forward. He trains riders, including some of his competitors, and horses.

“When I was younger, I was a shy, quiet person,” he explained to CNN on the eve of the London Grand Prix leg of the Global Champions Tour. “I’ve had to be more forward and push myself otherwise the opportunities are gone.”

Gone are the days when riders could just focus on the synergy between horse and human and clearing fences.

While competing remains the most high-profile part of what he does, it’s just one part.

And there is as much pressure out of the saddle there is in it.

“It’s a big business not just me with three horses going to a show at any time,” he said. “There are people helping get me to where I need to be. Horses traveling around the world, vets, farriers.

“I feel responsible for every one of them. They work with me but they’re part of the family, and I try to look after everybody and keep friendly atmosphere.” 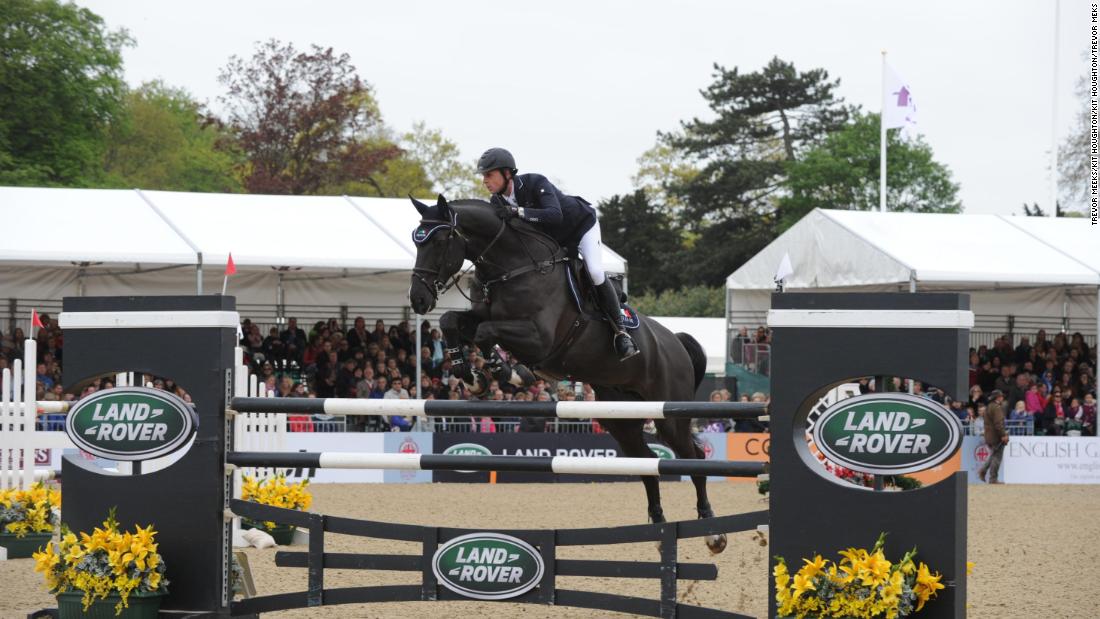 Maher’s life is a balancing act. With the tour in full swing he equates he takes a flight every Wednesday to an event, returning late on the Sunday.

Sometimes, though, the travel is in vain: “I flew to Berlin for the last day of Berlin the other day but missed three flights because of bad weather, and actually missed the competition.

“Sure, that’s frustrating and the travel demands on riders are pretty heavy but I only have to remind myself how fortunate we are to do what we do.”

Every week, he attempted to take Mondays off, that turned into Monday afternoons, now it is usually two hours for, as he puts it, “sanity” — although invariably the phone still rings during that time.

“I’d say I could probably count the days off in a year on one hand,” he said. “My girlfriend would say even less. Sure there are pressures with that but the key to any business is having a good team of people around me. I can go off and I know it’ll all be running smoothly.”

Maher is reliant on horse owners and sponsors for everything he does.

“I had a couple of years where I didn’t have the horsepower,” he said, “but then these couple of younger horses have come through very fast this year. There were tough and quieter times but they make you stronger when you come through them.

“There’s those head in hands moments on a flight home that seem even worse when you’ve lost badly. But I never doubted I’d get back up to the top.”

The pinnacle for him was the London 2012 Olympics where he won gold, an achievement he says that he may struggle ever top.

Would winning the Longines Global Champions Tour exceed that?

“It’s hard to answer that but London 2012 was my home Olympics and I was riding a horse which I grew up with,” he said.

He hopes London will be a successful stomping ground once more, an event he describes as his “lucky one” having earned his first win here and come second last year in a duel with Scott Brash, which could be repeated this weekend.

Maher has exploded back onto the tour this season. Working with predominantly new, young horses, he had no expectation of riding to anywhere near the level he has in 2018.

This weekend, he goes head-to-head against Brash on board Explosion. Some of the field he has trained to one day beat him, including 20-year Emily Moffitt, a rising star in equestrian circles.

“I absolutely hope I train someone that topples me one day as this is about producing the next British riders,” says Maher.

Perhaps surprisingly, Maher finds it more nerve wracking to watch his students than he does to compete.

But he admits: “If it came down to me versus a student, I won’t hold back.”