Caracas, Venezuela (CNN)Authorities have identified the masterminds of the apparent drone assassination attempt on Venezuelan President Nicolas Maduro, as well as the people who assisted them, Attorney General Tarek William Saab said Monday.

“We also know the places where they stayed in the days leading to the attack. We have identified the people who made the explosives and prepared the weapons and their international links,” Saab said.

He further said the alleged assassination constituted a “betrayal to the motherland, intentional homicide attempt, terrorism, association to commit a crime and financing terrorism.”

‘Not only are they confessing…’

Saab’s announcement comes a day after Interior Minister Néstor Reverol said six people had been arrested in connection with Saturday’s attack in the capital.

The suspects were charged with “terrorism and assassination,” Reverol said, and one of them had an open arrest warrant for his alleged role in the August 2017 attack on a military base in Valencia. Another was previously arrested during anti-government protests in 2014, he said.

Maduro survived the assault, during which drones armed with explosives flew toward him as he spoke at a military parade, an attack he blamed on far-right elements and Colombian President Juan Manuel Santos. Colombia called the claim absurd and said it had become “customary for Maduro to blame Colombia for any kind of problem in his country.”

Attackers used two DJI M600 drones, each carrying a kilogram of C-4 explosive, Reverol said. DJI, the Chinese company that makes the drone, said its products are “purely for peaceful purposes” and that it stands ready to assist investigators.

One of the drones flew over the presidential stage with the intention of being detonated by the attackers, Reverol said, but authorities caused the drone pilot to lose control of the aircraft, and its explosive cargo detonated some distance from the targeted area. The second drone fell into an apartment building, where it exploded on the first floor. 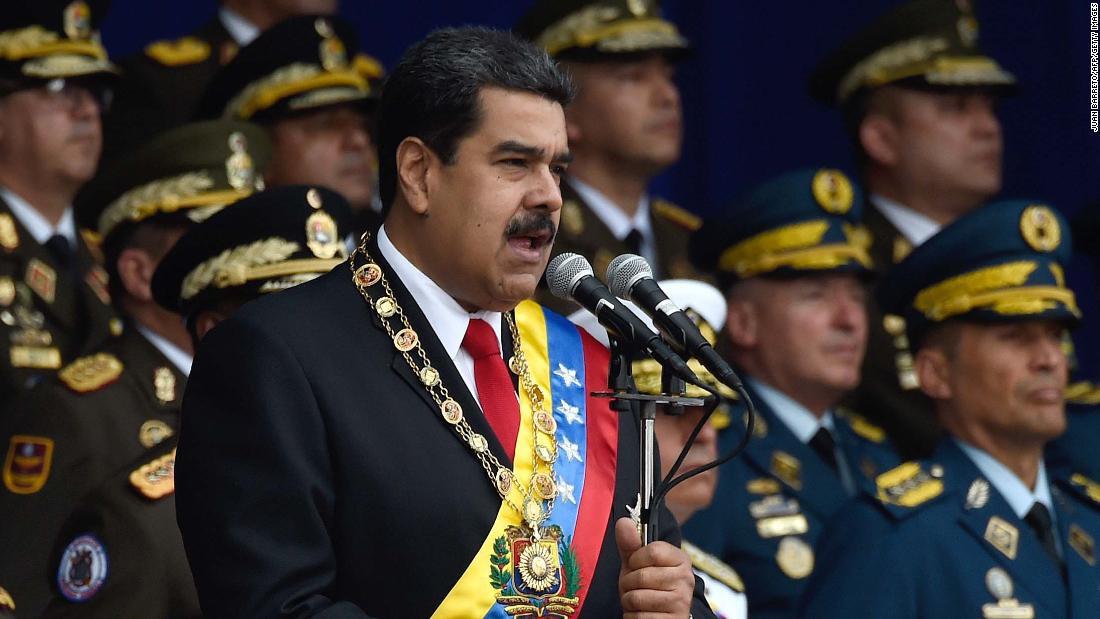 “The majority of those responsible have been detained. Not only are they confessing, the government has also been able to examine the material that was in their possession, as well as some of the electronic devices they had, including cell phones and computers.”

Contrary to Reverol’s account, Rodriguez said there were three drones: one that exploded in front of the stage, one to the right of it and one near a building to the south of the stage.

The incident took place as Maduro was speaking at a commemoration of the of the Venezuelan national guard, which featured a military parade.

Footage of the event showed him suddenly look up, startled mid-speech, His wife, Cilia Flores, winced after a loud bang. Dozens of soldiers scattered. Seven members of the national guard were injured. 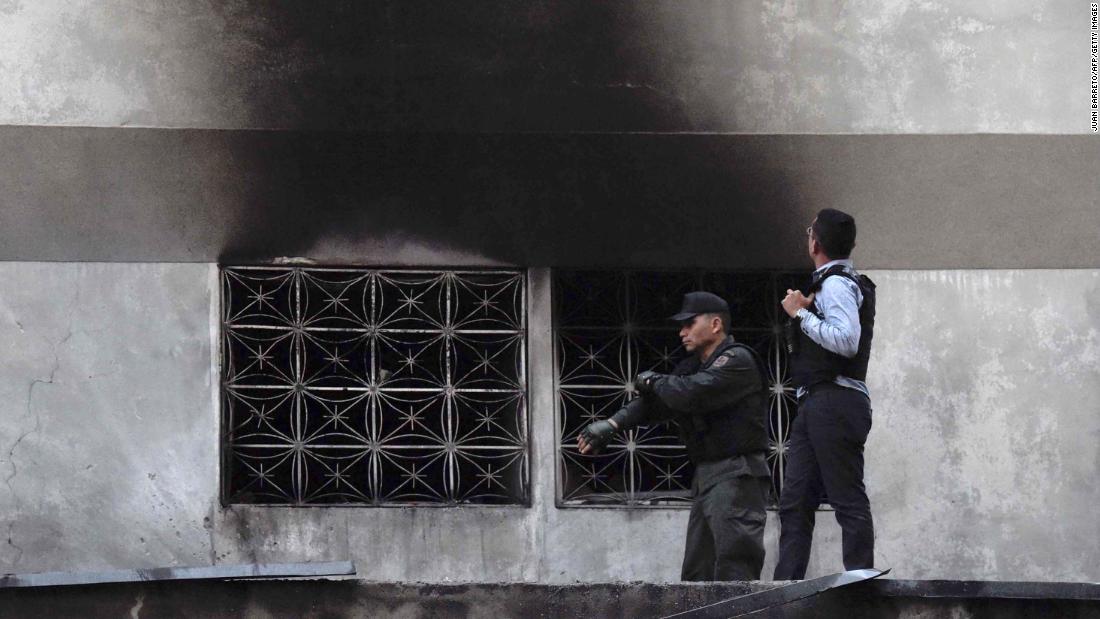 Maduro appeared on national TV hours later to speak about the investigation and arrests.

He said the Venezuelan political far right, in collaboration with the Colombian far right and President Santos, were behind the attack. He also blamed Venezuelans living in the United States.

“The preliminary investigation indicates that many of those responsible for the attack, the financiers and planners, live in the United States in the state of Florida,” Maduro said, adding that he hopes the White House is “willing to fight terrorist groups that commit attacks in peaceful countries.”

US National Security Adviser John Bolton told Fox News on Sunday that the US government had no involvement in the attack, a response reiterated in Secretary of State Mike Pompeo’s remarks to reporters Monday. Bolton said US officials would be willing to look at any “hard information” involving the attack.

Venezuela’s government has long blamed Colombia for plotting overthrows, and far-right elements in Bogota and Miami for attempting to undercut Maduro. Ivan Duque takes over as Colombian president this week.

Correction: This story has been updated to correct the translation of Colombian President Santos’ tweet.