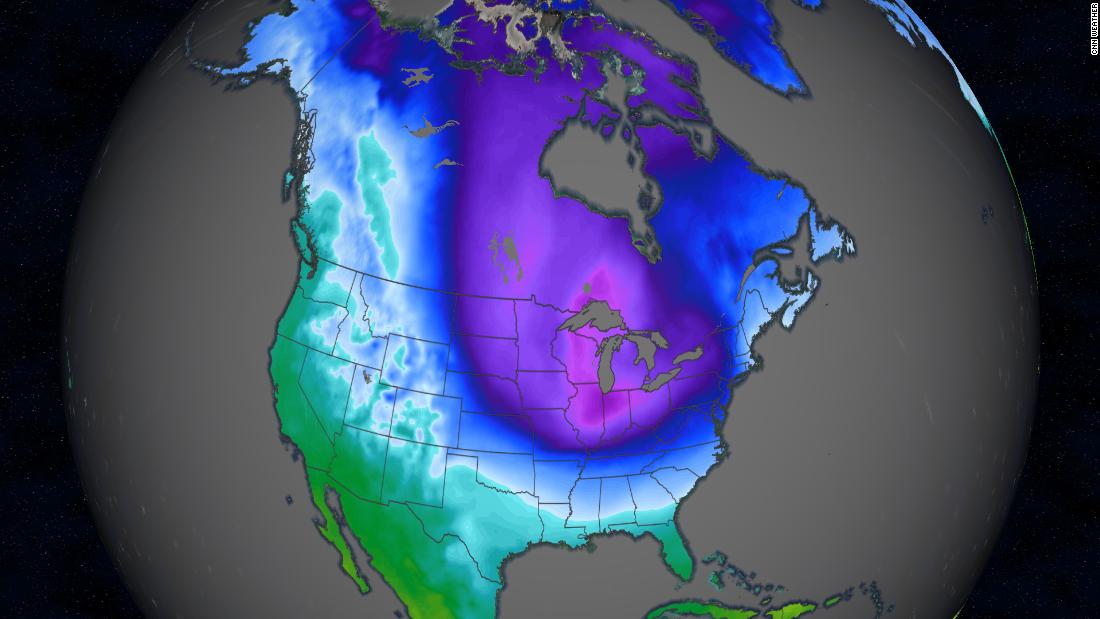 (CNN)Absurdly cold weather is about to grip much of the US, trapping millions of Americans in sub-zero temperatures and bringing “dangerous to impossible travel conditions.” 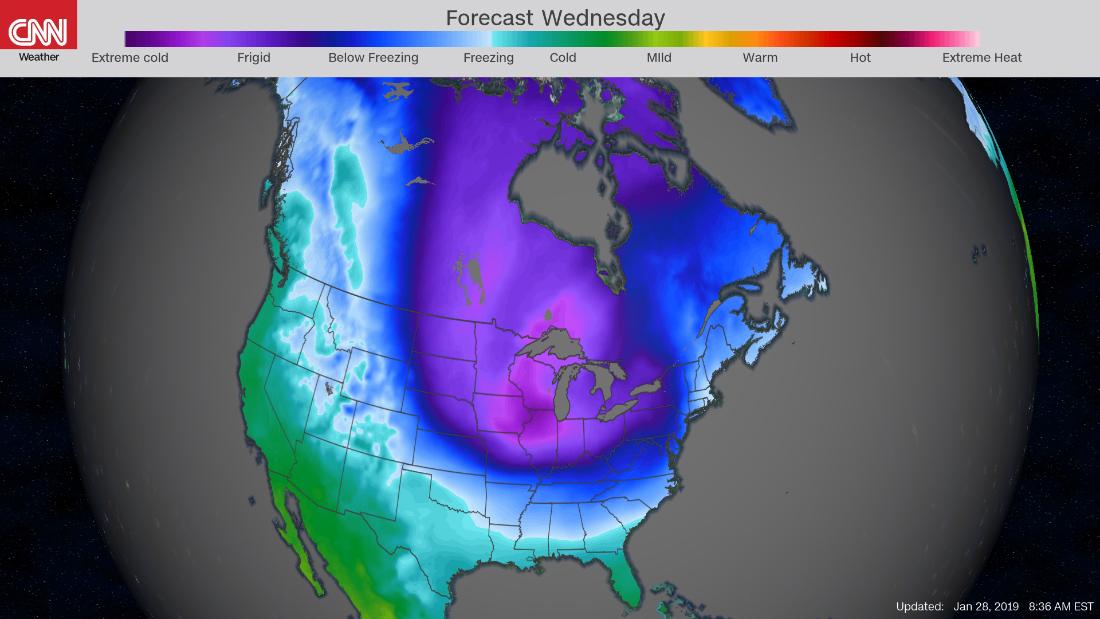 The wicked cold has already turned deadly in Iowa, where a 13-year-old boy was found dead, Marshalltown police said.
Corey Brown’s body was found Sunday after he was outside for days, police Chief Michael Tupper said. The teen left his home during a snowstorm Tuesday night after a discussion with his family about cell phone usage. He never returned home. 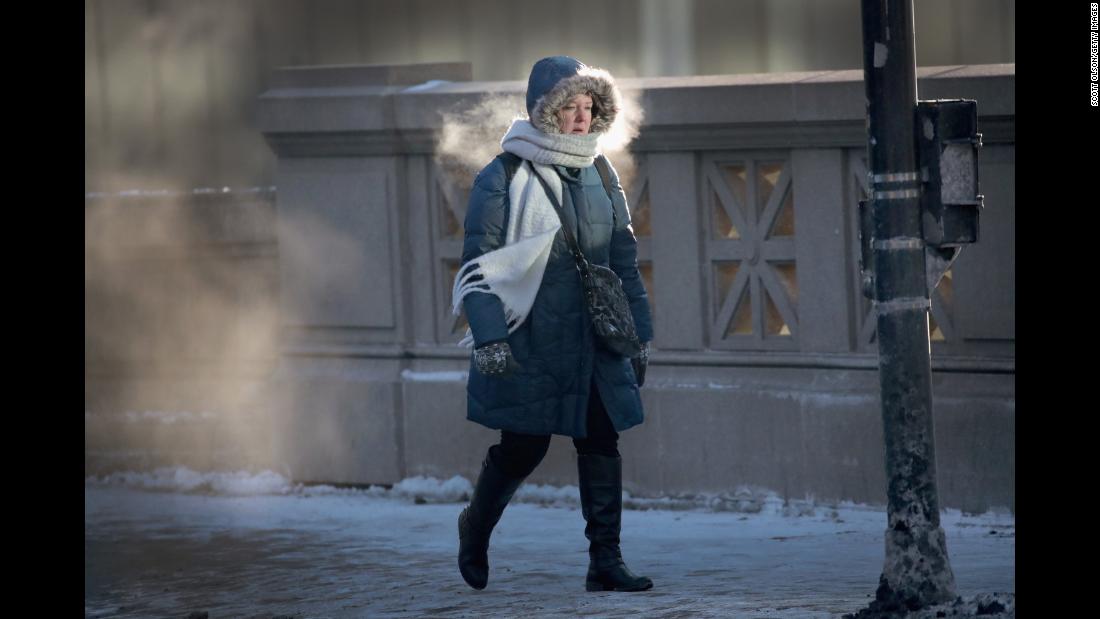 In many parts of the country, the coldest life-threatening weather is yet to come.
Between Tuesday and Thursday, temperatures will plunge to 20-40 degrees below zero in the in the Upper Midwest and Great Lakes, CNN meteorologist Dave Hennen said. Wind chills will plummet to 35-60 below zero.
“Chicago will likely see its coldest readings in nearly 25 years, with lows approaching the all-time record of 27 below and a daytime high on Wednesday of around 15 below,” Hennen said.
“It could remain below zero in Chicago from around noon on Tuesday until around midday on Friday.”
Across the Midwest and Great Lakes, the brutal cold will likely shatter dozens of records, Hennen said.
But the deep freeze is only half of the story. The Dakotas are grappling with blizzard conditions, the National Weather Service said. And heavier snow is expected in the Upper Midwest and Great lakes, meaning “dangerous to impossible travel conditions.” 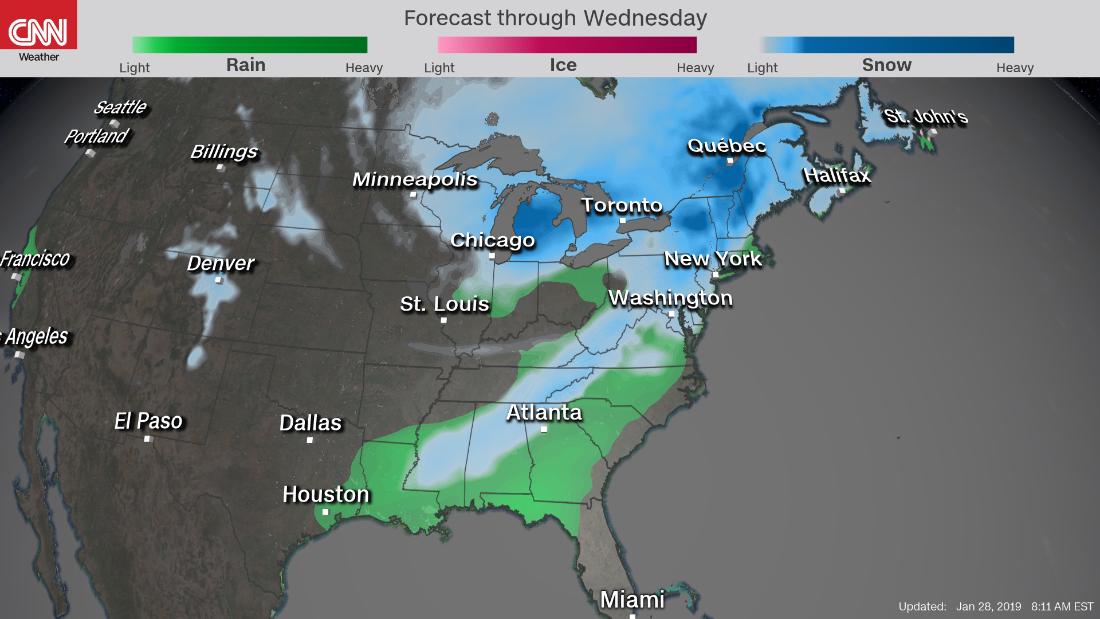 Check out more weather maps and forecast models
While intense snow smothers much of the Midwest, snow will likely extend all the way down to Mississippi and Alabama.
In Atlanta, where thousands of football fans are getting ready for the Super Bowl, temperatures will plunge Tuesday as the city gets hit with up to two inches of snow.
All Georgia state offices will be closed Tuesday, Gov. Brian Kemp said.
But temperatures will rebound for the weekend, melting anything that sticks in time for the big game.
Clarification: The headline on this article has been updated to make clear that 75% of the US population will see below-freezing temperatures this week.