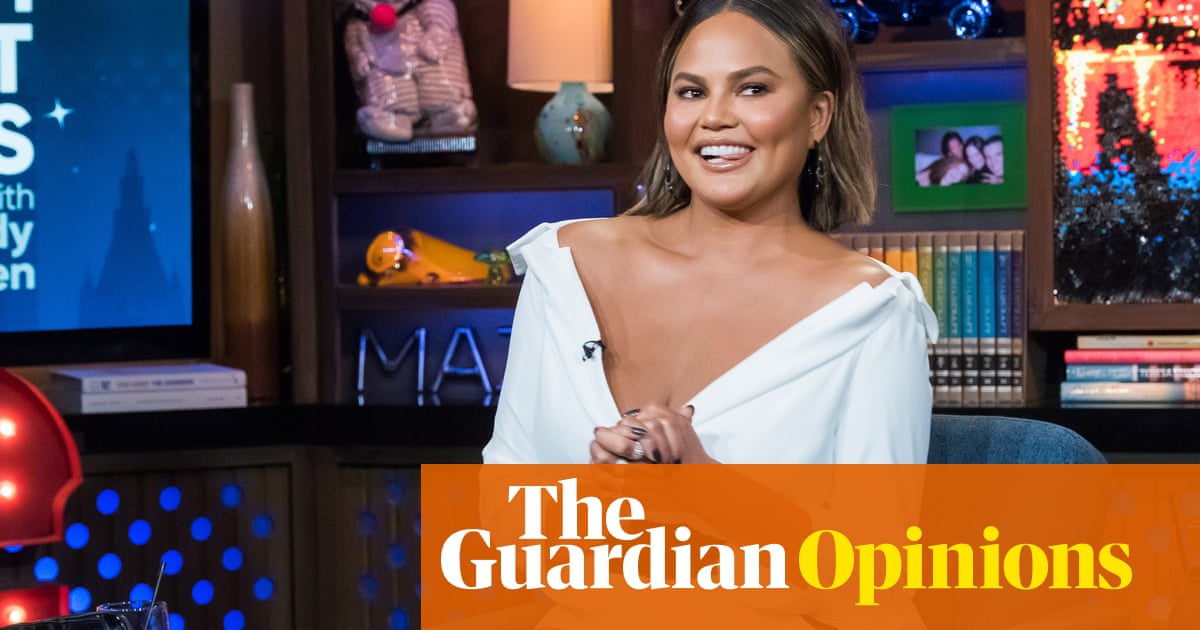 Celebrities are supporting consumer culture and its increasing stranglehold on motherhood

How many different products must one buy in order to be a successful new mother? The mummy market is an infinite expanse in which new products and services are constantly appearing, so that contemporary motherhood starts to look like one never-ending advertisement for the ultimate mum life.

As many of this generations most visible pop culture figures (such as Beyonc and four-fifths of the Kardashian/Jenner clan) become mothers and enact their motherhood in the public sphere, especially through social media, their personal brands are evolving to guide a whole new mummy market. The lifestyles of the rich and the famous enviable holidays, name-brand accessories, expensive cosmetic procedures now include a whole host of products and behaviours that are defining what modern motherhood looks like in the mainstream.

To be a modern mother, youll now need Khloes Good American maternity jeans, and the Tummy Co diet suppressants shes hawked on Instagram under the guise of flashing her abdomen for the first time since giving birth. And for the kiddies, Kim has a clothing line, the Kid Supply, that will set new parents back around $125 for a pair of baby sweatpants.

Jessica Albas lifestyle brand, the Honest Co, sells natural baby diapers, which she promotes with (OK, adorable) Instagram posts of her own children. While the Kardashians might sell the glam mum life, Alba sells the organic mum life but, ultimately, theyre all selling the mum life. Not only does the commodification of modern motherhood require the constant purchase of new mum and baby-oriented products, it also requires being a mother in the first place. Motherhood, in itself, is the perfect accessory, and a commodity that can be traded for social cache if you do it right.

Beyonc has rendered motherhood as the ultimate in cool, chic, contemporary womanhood. Posting photos of herself and her daughter Blue Ivy in complimenting outfits to Instagram, selling out arenas around the world on tour with her husband for their joint album, and having Blue Ivy appear in her videos and songs, the post-feminist academic Jorie Lagerwey argues that Beyoncs family image illustrates the representational power of children but also demonstrates motherhood as another site in which she negotiates her identities against contemporary dominant norms and ideals. In this sense, Beyonc doesnt make motherhood cool, motherhood makes Beyonc cool. And while motherhood is now a key selling point for her persona and music she also subverts traditional notions of mothering a the same time.

Similarly, Chrissy Teigen derives much of her cultural capital from her role as a mother. Applauded after stepping out at the Emmys with an imperfect (read: somewhat realistic, but generally still amazing) post-baby body and publicly slamming body-shamers, Teigen represents the every-mother in a way that is both novel and refreshing when celebrity culture is saturated with images of flawless mothers. She posts photos to her Instagram of herself simultaneously breast-feeding both her new son and her daughters doll, and videos of her stretch marks and mom bod to Twitter. But Teigen is not immune to the trend of commodified motherhood, leveraging her brand of real motherhood into her cookbook, Cravings: Hungry for More, which features down-to-earth recipes for regular women and candid photos of Teigen and her family in its pages. Despite Teigen and Beyonc presenting both more challenging and realistic images of motherhood, they are still images that contribute to mummy brand building, influencing contemporary ideals and aspirations, and ultimately supporting consumer culture and its increasing stranglehold on motherhood.

Consumer culture guides us. It teaches us how to present ourselves in public, what to aspire to, and how to spend our time and hard-earned money. It tells us that the things we buy are the sum of our happiness, and cultivates insecurity and discontent when the latest need-to-have product is unattainable. When this begins encroaching on the social construction of modern motherhood, it presents new challenges for our common understanding of parenting, the contemporary woman and what it means to be mother.

Modern mummy marketing is by and large geared towards heterosexual women in a comfortable socioeconomic income bracket. The mummy-targeted consumables shilled by celebrity mums like the Kardashians are deeply entrenched in anachronistic gender roles, suggesting that a new mothers main role is as primary carer of her children. She must also swiftly return her body to her pre-maternity state by stifling her natural hunger cravings, while juggling the coordination of a hip, seasonal baby wardrobe, and remaining on high alert for rogue poo-namis, applying only the most expensive Honest Co-branded lotions to her babys bottom. Meanwhile, the dads are … well, its not clear exactly, further entrenching the patriarchal norms imbedded in capitalism. Modern mummy marketing continues to sell the notion that women are mothers first and foremost, and that they must perform (and spend) accordingly.

This heteronormative approach to motherhood in consumer culture is necessarily exclusive, and doesnt account for the vast uniqueness of the modern family unit. For many families, there is no pregnancy, and no post baby-body. Gay men, trans women, people who cant have children, people who adopt, and people who choose not to have a child but are a family regardless, likely have no use for maternity clothes and slimming products. In the mainstream imagination, aspirational motherhood leaves those at the intersections behind.

Modern motherhood in consumer culture also assumes that a new mother has the kind of disposable income required for the purchase of an interminable raft of products with hefty price tags. Modern mummy marketing ignores the ongoing marginalisation of many new mothers that lead to economic and social exclusion. For instance, women in Australia miss out on substantial income and superannuation contributions, retiring on average with around half the superannuation of men, caused, in part, by time taken out of the workforce to care for children. The mummy lifestyle shilled by celebrities is likely completely unaffordable to most.

Spilling over to paint a picture-perfect version of modern motherhood, consumer culture is a continuing form of patriarchal oppression in which, in order to see and be seen, new mothers must participate in markets that dictate constant acquisition, erasing the rich and individual experiences of new mums for Instagram-ready celebrity-shilled lifestyles.

Kat George is a writer and social justice and policy professional