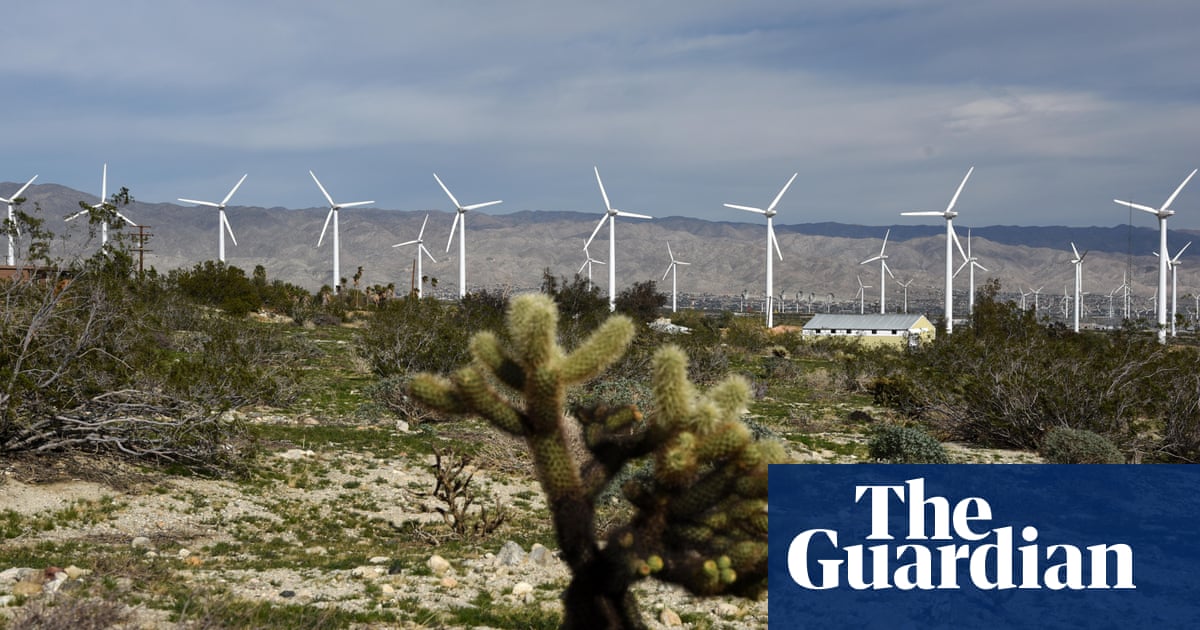 California has given fossil fuel-derived energy a hefty shove towards obsolescence after legislators voted to require that 100% of the states electricity come from carbon-free sources.

The bill, which will need to be approved by the state senate and Governor Jerry Brown, will require a complete shift to clean energy such as solar and wind by 2045. It would also demand that electric utilities source 60% of their power from renewable sources by 2030, up from the current target of 50%.

California ridding itself entirely of carbon-intensive energy has been a politically vexed proposition for the past two years, with state Republicans arguing it was unfeasible and would drive up electricity prices.

But the state has emerged as a bastion of defiance to the Trump administration on climate change, among other issues, as it has been scorched by record wildfires and a prolonged drought. A report released this week warned that the state is on course for punishing heatwaves, thousands of additional deaths and the erosion of two thirds of its coastline due to rising temperatures, wildfires and sea level rise.

Brown has already set out ambitious goals to expand renewables and the use of electric cars. The state legislature has already passed a law that requires newly built homes to be equipped for solar power. In July, the state announced its greenhouse gas emissions were lower than in 1990, despite a growing economy.

The bill to go 100% renewable energy was authored by state senator Kevin de Leon, who called it a victory for clean air. Its a victory to tackle climate change and the devastation that its leaving in its wake.

Brown has yet to confirm he will sign the bill his predecessor as governor, Arnold Schwarzenegger, wrote to lawmakers to back the legislation and urge them to be undeterred by those who wish to stop our progress and move backwards.

California becomes the second US state, after Hawaii, to call for carbon-free electricity by 2045. The clout of the Californian economy could help spur some other states, such as Massachusetts and New Jersey, to do the same.

Environmentalists hailed the vote as a landmark moment.

This is a pivotal moment for California, for the country, and the world, said Michael Brune, the executive director of the Sierra Club.

California is showing the world that moving to 100% clean energy is within our reach and what bold climate leadership looks like in the face of a Trump administration.

California currently sources around a third of its electricity from clean sources. Opponents of the 100% renewable bill warned that electricity prices would go up if the state relied too heavily upon intermittent solar and wind before energy storage improves.