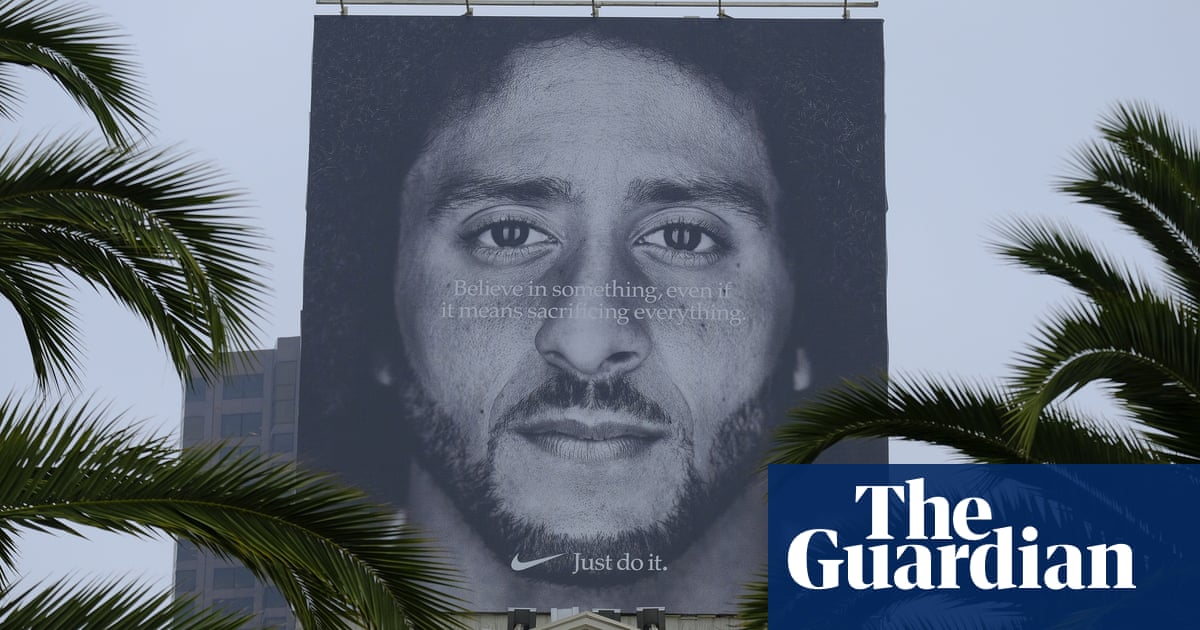 ColinKaepernickhas followed up his recent Nike campaign by taking steps to protect who can use his likeness going forward.

Kaepernick, who starred in a new advert released as part of the companys 30th anniversary Just Do It campaign, has filed for a trademark for a black and white image of his face and hair, according to ESPN.

The filing, made throughKaepernicks company Inked Flash, with the US Patent and Trademark Office claims the image would be used for products such as shampoo and jewelry, as well as seminars and even TV shows and movies.

The former quarterbacks website already offers #ImwithKap items such as jerseys and caps for sale. All profits go to charity.

Kaepernick, who began kneeling in protest of racial injustice during the national anthem in August of 2016, is entering a second NFL season without a team and has filed a collusion grievance against the league claiming team owners have conspired to keep him out of a job. That case cleared a hurdle in August when the leagues request to dismiss the grievance was rejected. A trial hearing that requires testimony from NFL owners could happen at some point in the future.