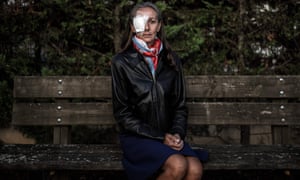 Koepka denied reports that he and Dustin Johnson had to be separated following a row at Europes victory party on Sunday night, and that the pairs argument had started on the plane before the team arrived in Paris for the tournament.

This Dustin thing I dont get, he said. There was no fight, there was no argument hes one of my best friends. I love the kid to death.

The reported fallout between Koepka and Johnson was not the only sign of disharmony in the US team, with Masters champion Patrick Reed blaming Jordan Spieth for the end of their successful Ryder Cup partnership and claiming it was not smart for captain Jim Furyk to leave him out of two sessions.

As far as camaraderie, it was fine, it was perfect, Koepka added. The problem is you guys [the media] try to find a reason why we lost and the simple reason is we just didnt play good enough.

We didnt make the putts, hit the fairways, especially me. I lost two matches and halved another one. If I won those, if Tiger [Woods] wins his; Dustin lost one with me and then I think lost in the singles.

If we play how were supposed to play we win, its simple as, but theres nothing wrong with our team. Our team was great, Jim was great.

Koepka and Johnson were paired on day two of the Ryder Cup, but lost 2&1 in the Foursomes to Europes Justin Rose and Henrik Stenson in the course of USAs 17-10 defeat.