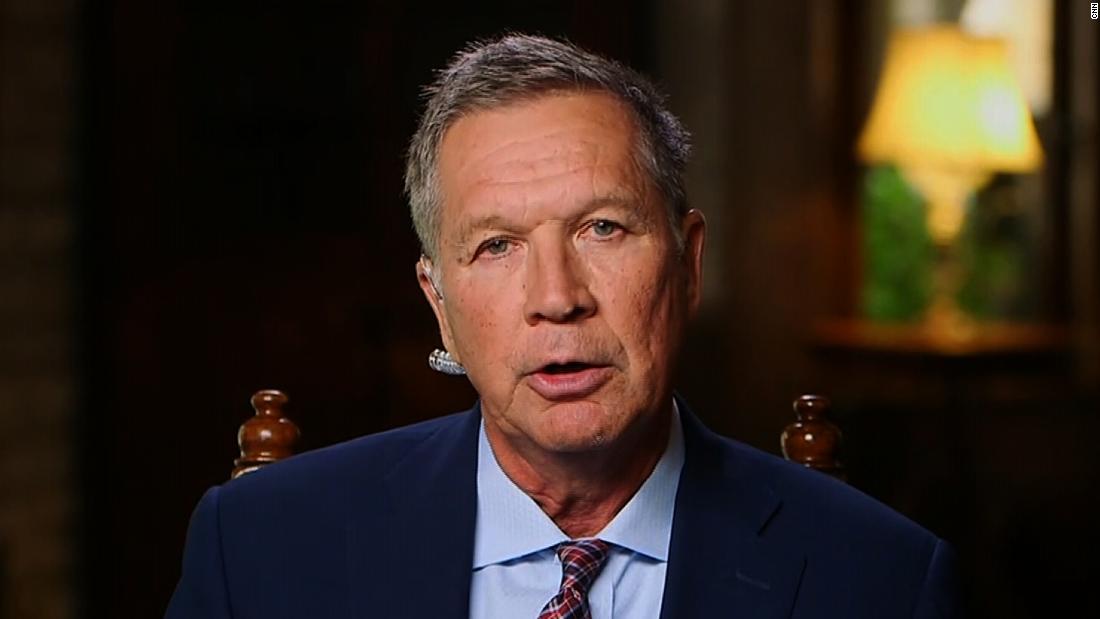 (CNN)Ohio Gov. John Kasich suggested he may run against President Donald Trump in the 2020 Republican primary after Trump said he hoped Kasich would do so.

Kasich ran for president in 2016 and lost to Trump in the primary. When the governor dropped out of the presidential race, he did not endorse Trump. Kasich has remained an outspoken critic of the President.
Fox News’ Harris Faulkner said in an interview with Trump that aired Thursday: “I’m going to bring up John Kasich and I’m going to bring up Arizona Sen. Jeff Flake because they say they may run against you in 2020 — “
“I hope so,” Trump responded before Faulkner finished her sentence.
Kasich and Flake have both been mentioned as possible primary challengers to Trump in 2020. Neither has ruled out a run when asked, and both will be out of elected office when the presidential campaigns get into gear.
It remains to be seen whether there’s an appetite among Republican voters for a intra-party challenge to the President.
CNN’s latest polling, released on Tuesday, shows Trump’s approval rating at 39% among all voters, but he remains very popular with Republicans: Eighty-four percent of them approve of the job he is doing.
Kasich managed to win only his home state of Ohio when he ran against Trump in 2016. He racked up 161 delegates, compared with Trump’s 1,447.
Flake, meanwhile, decided to retire from the Senate rather than face a primary challenge this year from Trump-backed candidates in Arizona.