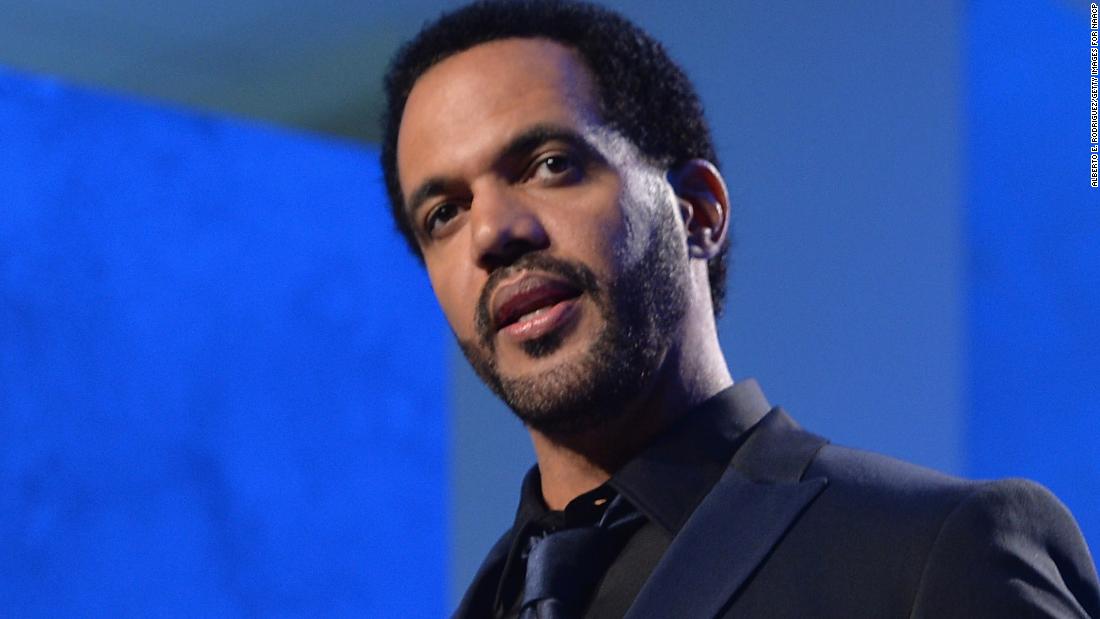 (CNN)Actor Kristoff St. John, who played Neil Winters on the CBS daytime soap opera “The Young & the Restless,” has died, according to his attorney Mark Geragos. He was 52.

Sarah Ardalani, a public information officer with the Los Angeles County Department of Medical Examiner-Coroner, told CNN that St. John was found dead at a home in the Woodland Hills area of Los Angeles on Sunday afternoon.
An autopsy was scheduled for Monday.
CBS and Sony Pictures Television, the studio that produces “The Young and the Restless,” released a statement Monday saying “The news of Kristoff St. John’s passing is heartbreaking.”
“He was a very talented actor and an even better person,” the statement read. “For those of us who were fortunate enough to work with him on ‘The Young and the Restless’ for the last 27 years, he was a beloved friend whose smile and infectious laugh made every day on set a joy and made audiences love him.
“On behalf of the Y&R cast and crew, CBS and Sony Pictures Television, we offer our heartfelt sympathy to his family and loved ones, especially his daughters, Paris and Lola.”
Born in New York City, St. John — the son of actor Christopher St. John — entered the industry at a young age.
According to his show’s cast bio, Kristoff St. John made his television debut at age 7 in the series, “That’s My Mama.”
He went on to star in the series “Charlie & Company” with Flip Wilson, Gladys Knight and Della Reese, and later had roles in “The Bad News Bears” and “The San Pedro Beach Bums.”
St. John also had a recurring role on “Hangin’ with Mr. Cooper” and made appearances on other TV shows, including “Diagnosis Murder,” “Arli$$,” “The Jamie Foxx Show,” “Martin,” and “Living Single.”
His turn as Denise Huxtable’s vegetarian boyfriend David James, who crossed swords with her parents on an episode of “The Cosby Show,” was one of St. John’s most fondly remembered performances
St. John joined the cast of “The Young & the Restless” in 1991.
His character’s love story with Drucilla Winters (played by Victoria Rowell) became a favorite among fans of the show.
In real life, St. John dealt with drama that could have rivaled a soap opera.
His family’s involvement with the guru Sathya Sai Baba led to the documentary “A Man Called God.”
St. John said during a 2014 interview with CBS that his family had been Hindu and his stepmother discovered the guru.
“Coming out of the ’60s and ’70s you had people who were really yearning and searching for God,” he said. “My parents got caught up in it and I did too.”
In 2014, St. John’s 24-year-old son Julian died while a patient La Casa Psychiatric Health Facility in Long Beach, California.
The actor and his ex-wife, Mia, later filed suit against the facility.
St. John told “Entertainment Tonight” in 2017 that he was “angry” about the final footage the facility captured on video of his son.
“I watched it the first time, I’ll never watch it again,” he said. “It’s not something I want to see.”
He was open about his battles with depression following the death of his son and in 2017, Entertainment Weekly reported that the star had taken a leave of absence from his show to deal with mental health issues.
St. John’s last activity on Twitter was January 21 when he retweeted a post which read, “Grieving the loss of a child is a process. It begins on the day your child passes, and ends the day the parent joins them.”
He was set to marry his model girlfriend, Kseniya Mikhaleva.
View this post on Instagram

In September, he shared a photo of the engagement ring on his Instgram account with the photo caption, “She said yes.”