El Paso, Texas (CNN)Five hundred and twenty-two migrants were dropped off Wednesday night at sites in El Paso, said the director of a nonprofit in the Texas city.

The migrants were dropped off at prearranged locations.

“No one is going be released on the streets,” Garcia said before the release. “It is a planned and orderly release to specific hospitality sites that are ready to receive them.”

The Texas border city has seen thousands of such migrants released there since October — and they usually stay from 24 to 96 hours, El Paso Mayor Dee Margo said. He credited Annunciation House and other nongovernment organizations as well as local police and thecity’s Office of Emergency Management with smoothing the process.

“The generosity of El Paso is unsurpassed, and we’re able to provide that support,” Margo told CNN. “Yes, it’s a bit of a burden to us and as well as other communities, but they’re passing through very quickly and going to their sponsor, and we’re doing all we can to support that.” 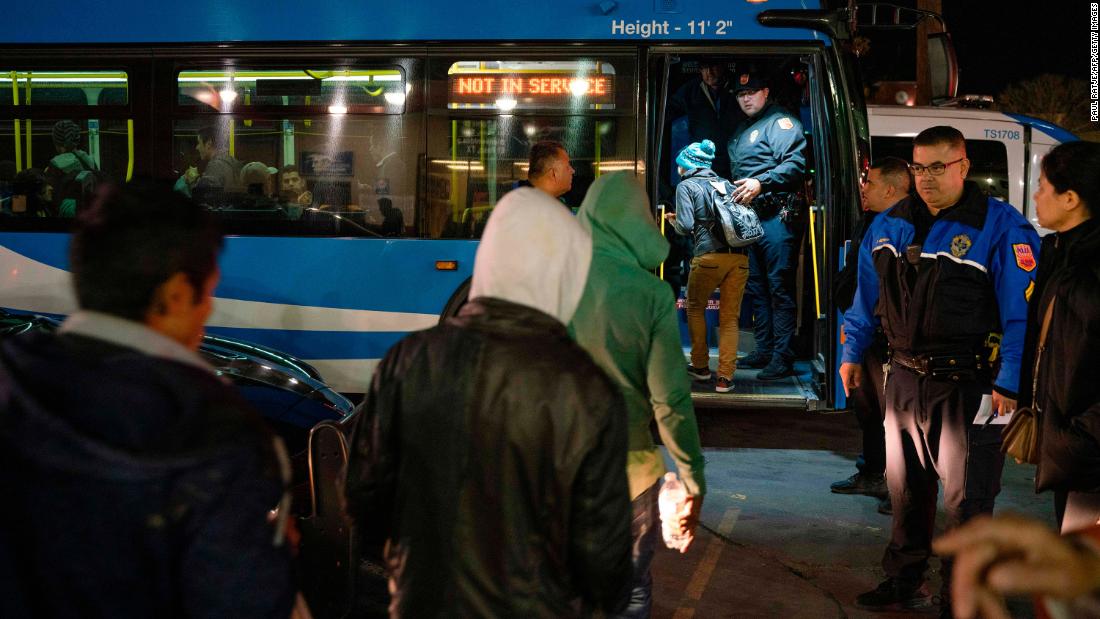 Officers with the US Immigration and Customs Enforcement dropped off more than 200 undocumented immigrants Sunday night outside a Greyhound bus terminal in El Paso without an apparent plan for housing them, police said.

Police learned about the first group released around 8 p.m. Sunday when officials at the Greyhound terminal told them people were trying to board buses without tickets.

“All of a sudden a bunch of people show up; ICE drops them off,” Greyhound spokeswoman Crystal Booker said. “We weren’t expecting it. We (were) not given prior notice.”

The waiting area at the bus terminal is small, said El Paso police spokesman Sgt. Robert Gomez, and many people were left standing outside in the cold. He said the group of undocumented immigrants included some families and small children.

Later, four buses arrived for people to board and stay warm, he said.

“We weren’t going to put 200 people on the streets of El Paso on a cold night. We wouldn’t do that,” Gomez said.

Authorities found housing for the migrants, including at a hotel and a nearby Catholic school, he said.

“We’re a little perplexed because this is not something typically that ICE does,” Dylan Corbett, director of Hope Border Institute, told CNN affiliate KFOX. Corbett said ICE usually gives Annunciation House notice so it can be ready for a large number of arrivals. 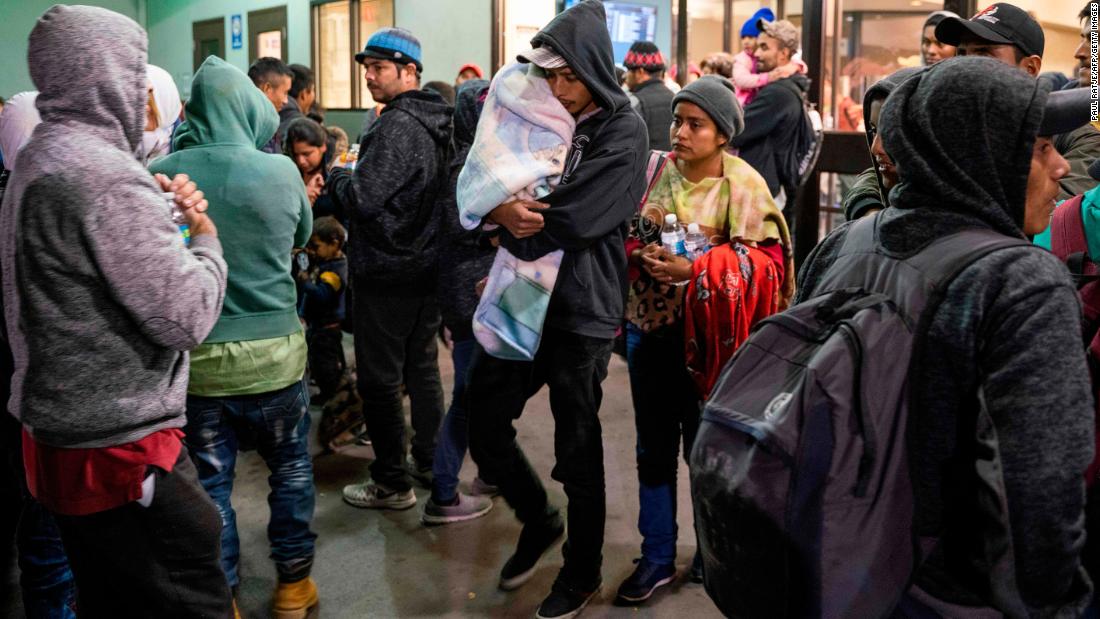 ICE said in an emailed statement to CNN that after decades of inaction by Congress, the government is limited in what it can do to remove families who are in the United States illegally.

“To mitigate the risk of holding family units past the timeframe allotted to the government, ICE has curtailed reviews of post-release plans from families apprehended along the southwest border,” the statement said. It did not specifically refer to the events in El Paso.

“ICE continues to work with local and state officials and (nongovernmental) partners in the area so they are prepared to provide assistance with transportation or other services.”

El Paso’s mayor also pointed the finger at Congress, saying lawmakers “haven’t had the fortitude to take care of immigration.”

The United States needs to control its borders, Margo said, and he questioned if foreign aid to Latin America was doing enough to combat gangs and other problems that drive migrants’ “credible reasons for their needing asylum.”

“This is symptomatic of the problems that (Congress) failed to, as I say again, have the intestinal fortitude to take care of,” he said.

Dozens more migrants were dropped off Monday at the station, according to US Rep.-elect Veronica Escobar, D-Texas.

At least 180 “migrants were dropped off Christmas Day in downtown El Paso, staggered through the afternoon, starting at 1:30 p.m. local time,” Corbett, the director of Hope Border Institute, told CNN.

“About half of them were children, and some parents had more than one child with them,” he said.