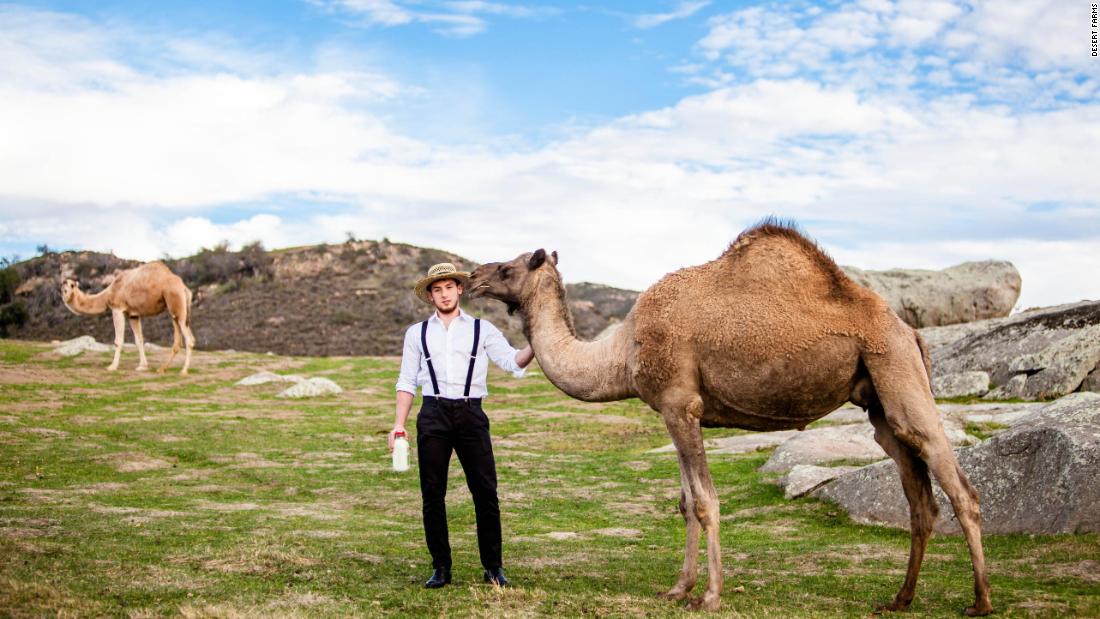 (CNN)When Walid Abdul-Wahab met the Amish and Mennonite farmers he now works with, they didn’t suspect he was a Muslim from Saudi Arabia. “They assumed I was Amish because of my beard,” he says. 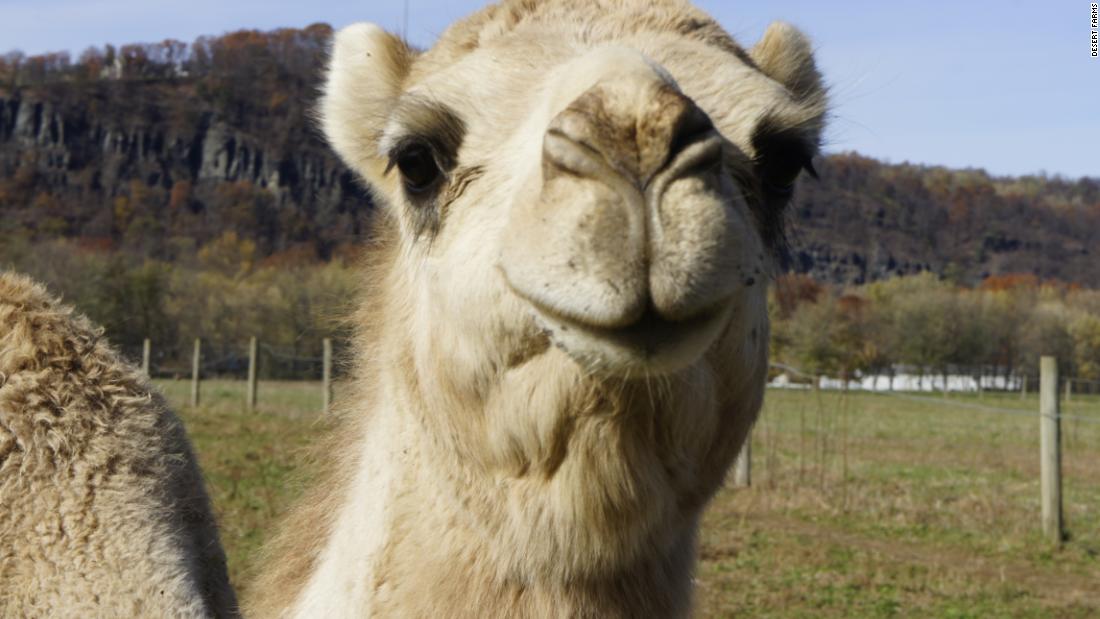 Cow milk is one of the top eight food allergens in the United States. Allergic reaction to milk proteins can cause digestive pain, rashes and trouble breathing.
Furthermore, an estimated 36% of Americans over the age of ten are lactose intolerant and unable to break down the sugar in milk. Symptoms are typically less severe, but still unpleasant.

As a result, the market is awash in dairy alternatives including almond, oat, coconut, rice and soy milks. But none of these options is an ideal substitute, says Abdul-Wahab, because they are either nutritionally suboptimal or less tasty than cow’s milk, in his opinion. 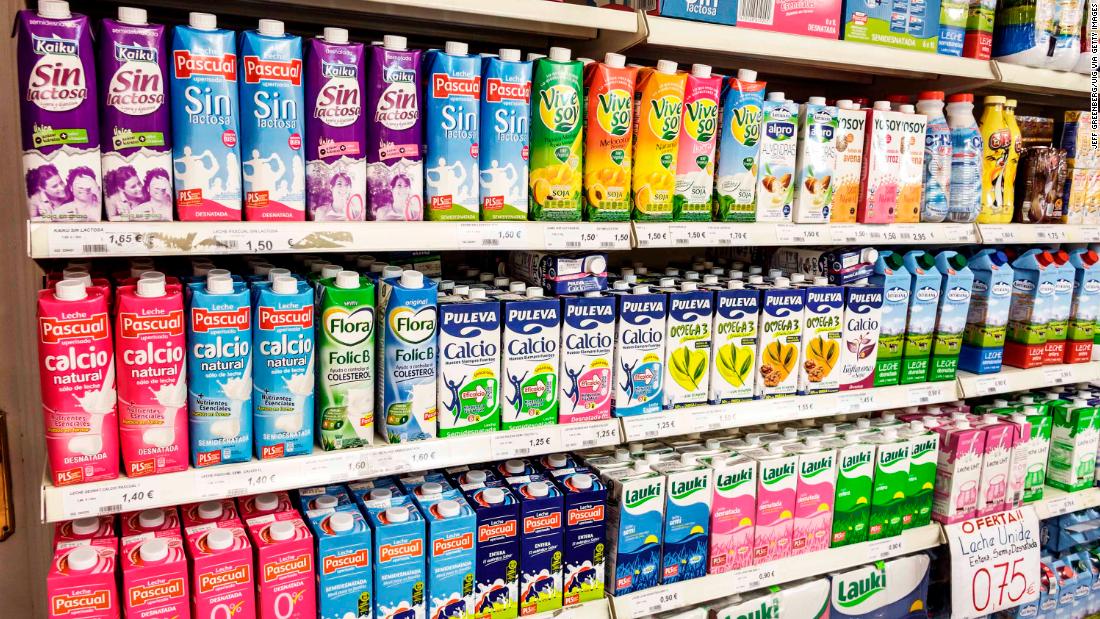 Camel milk is a mild drink that’s slightly sweeter and saltier than cow milk, he says. Abdul-Wahab believes it could “end the search for a milk alternative.”

The quest for a superfood

Abdul-Wahab grew up in Jeddah, on Saudi Arabia’s western coast. He drank his first glass of camel milk aged 12. “It was a luxury — not something you’d drink every day,” he says, adding that camel milk was reputed to have health-boosting benefits.

In 2008, he moved to Los Angeles to study at the University of Southern California and was impressed by the city’s health-conscious culture. This spawned a business idea. “People are always looking for the next big thing in healthy foods,” he says. “I wanted to bring something beneficial and positive from back home.” 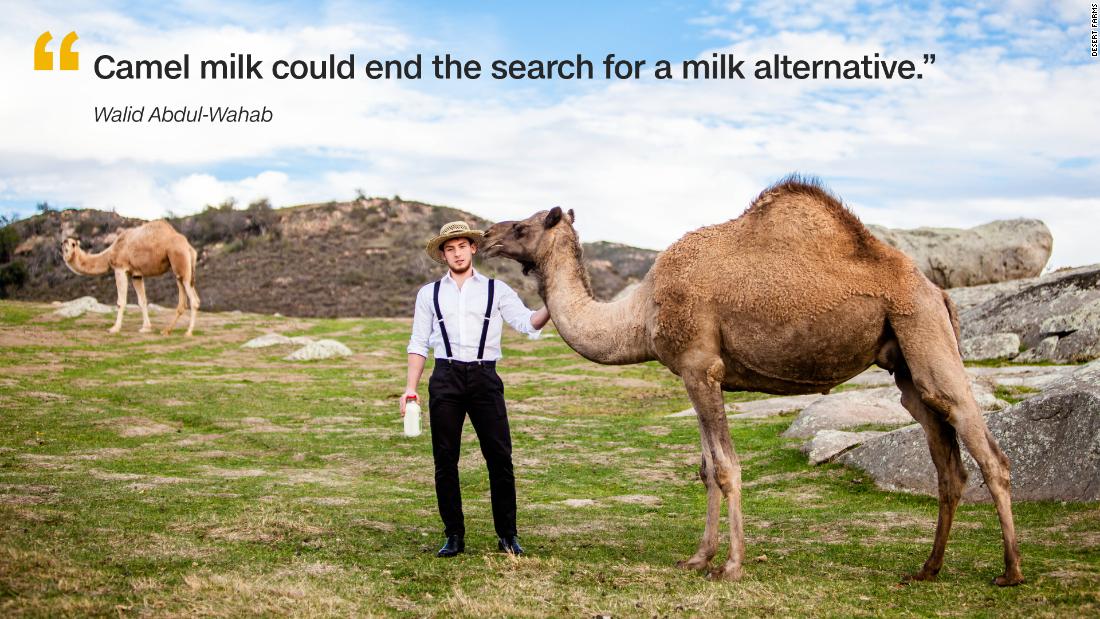 Bedouin tribes in the Middle East have been drinking camel milk for thousands of years, but could it catch on with American consumers?

Lori Chong, a registered dietitian at Ohio State University, thinks that while a “fair number of people would be resistant to drinking camel milk,” growing numbers are “looking for more natural remedies to their health concerns.”

“Camel milk has experienced a steady growth in our stores,” says Jason Widener, vice president of new store development at Erewhon, an organic grocer and café chain, adding that its rise in popularity is primarily through word of mouth.

Having decided on a product, Abdul-Wahab discovered that most camels in the US are owned by Amish and Mennonite farmers — members of strict religious communities who wear plain, modest clothing and might eschew cars and electricity, depending on how devout they are. 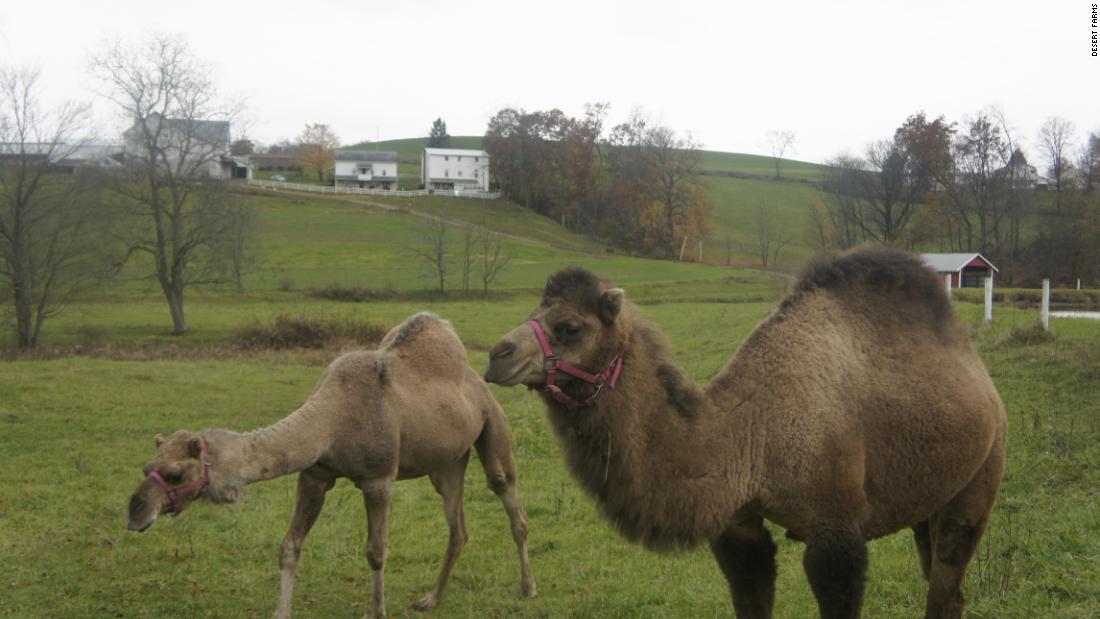 Amish and Mennonite farmers breed and sell camels for upwards of $25,000 each, says Abdul-Wahab. They also lease them to zoos and churches, which use them for nativity scenes, for up to $1,200 a month.

But when Abdul-Wahab made contact in 2014, nobody was selling camel milk commercially. “It was a real challenge to persuade them there was a true market,” he says. 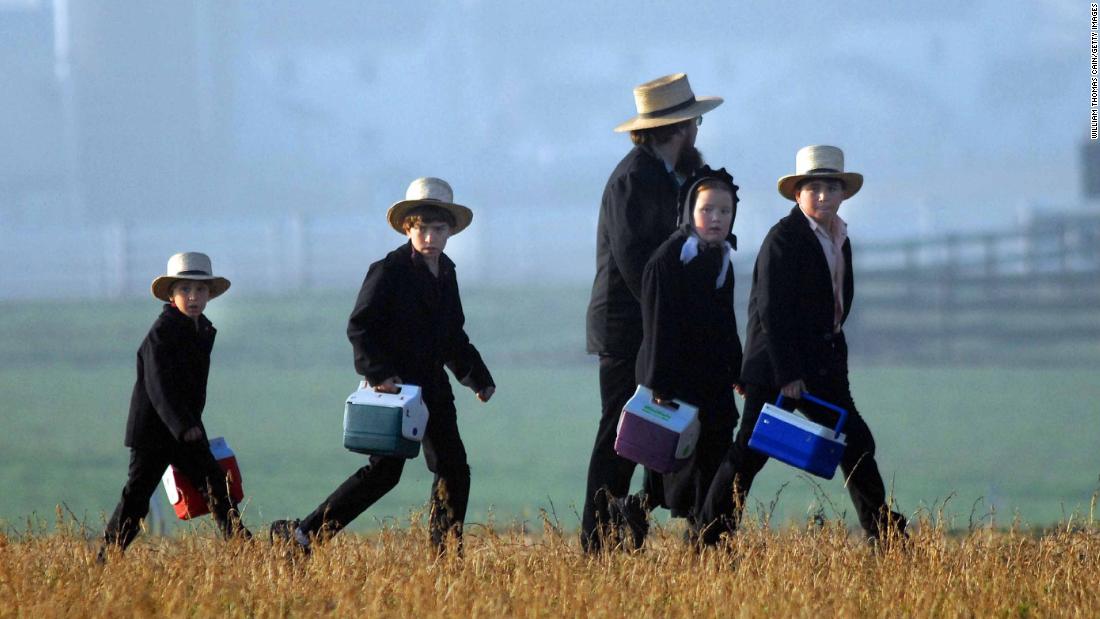 With persistence, Abdul-Wahab convinced the owners of seven farms to come on board and in 2015, Desert Farms became the first US company granted a USDA license to sell camel milk commercially, he says.

Abdul-Wahab had to find creative ways to work with his suppliers. Amish and Mennonite farmers “don’t like to be bound by contracts,” he says, and “some don’t have a cell phone and have to go to a community phone box to make calls.” Unable to communicate via the internet, Abdul-Wahab installed a “fax-like technology that connects a landline phone to a printer,” in the only two farms that would allow it, and was able to send labels and orders to those farmers. 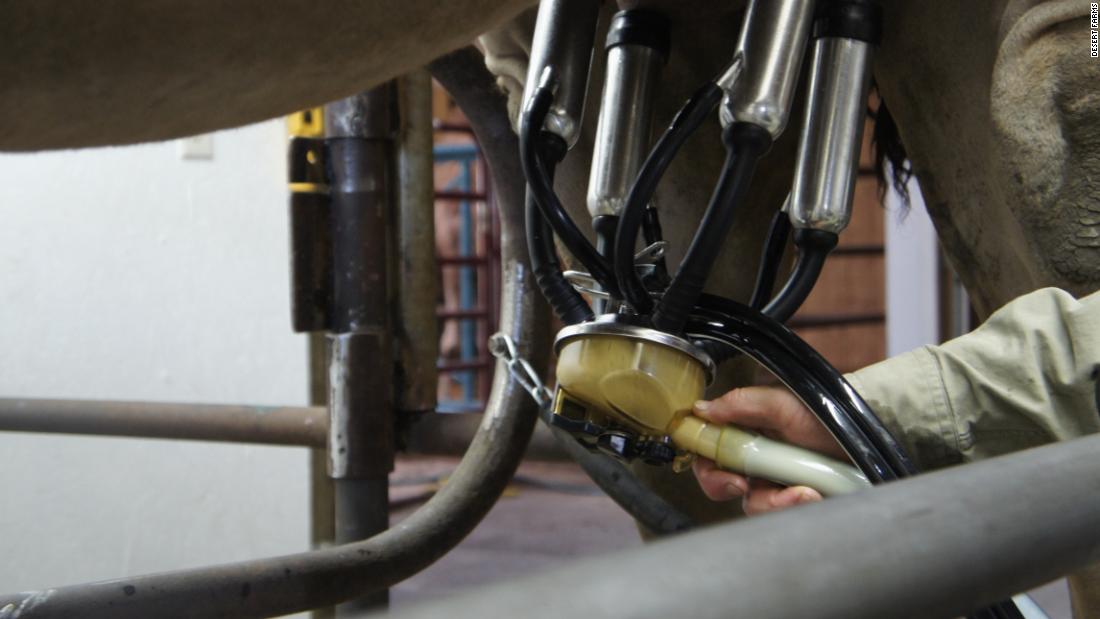 As dairy farmers, however, his suppliers already had the necessary equipment and experience, because camels are milked with the same machines used for cows.

Despite the gulf in technology, Abdul-Wahab discovered surprising similarities between his own culture and that of the farmers. As well as a preference for beards, working relationships are “built on trust” in both cultures and “extend far beyond business.” He has been invited to a number of weddings and funerals, and notes that inside Amish and Mennonite homes there are no depictions of Jesus or Mary.

“They don’t associate images with God, and believe that wearing crosses or other symbols to grant power or protection is a sin — and that’s very similar to Islam,” he says.

Today, business is booming. Desert Farms sells around 630 gallons (2,400 liters) of camel milk a week, according to Abdul-Wahab.

The appetite for camel milk is not limited to the US. According to market research firm Technavio, the global camel milk market is expected to grow at around 7% a year, from $10.81 billion in 2017 to $15.05 billion in 2022.

In the west, camel milk’s rise is partly in response to the search for healthy cow milk alternatives. But how good for us is it?

Chong says that because camel milk has a similar lactose content to cow milk, she “would expect a person with lactose intolerance would still have problems.”

However, camel milk has a different protein composition to cow milk making it less allergenic. “It is more similar to human milk,” says Chong.

In a study of 35 children with confirmed allergies to cow milk, 80% did not experience an allergic reaction to camel milk.
Evidence is also emerging that camel milk could help to control diabetes and some studies have shown that it could improve symptoms of autism in children and even aid in combating some forms of cancer.

Chong says such studies are “intriguing” and “promising,” but cautions that most have been carried out on a small scale, and more research is needed. “The good news is there seems to be little risk in drinking camel milk,” she adds.

As his business grew, Abdul-Wahab found the logistical constraints of working with small Amish and Mennonite farms insurmountable. His solution was to consolidate the supply chain. Desert Farms now works with one big Amish farmin Missouri, which allows use of electricity and cell phones. It boosts its own herd by renting additional camels from nearby farms.

The milk is “processed, bottled, packaged and shipped from the farm,” says Abdul-Wahab, adding that this centralization enables him to ensure consistency of taste. 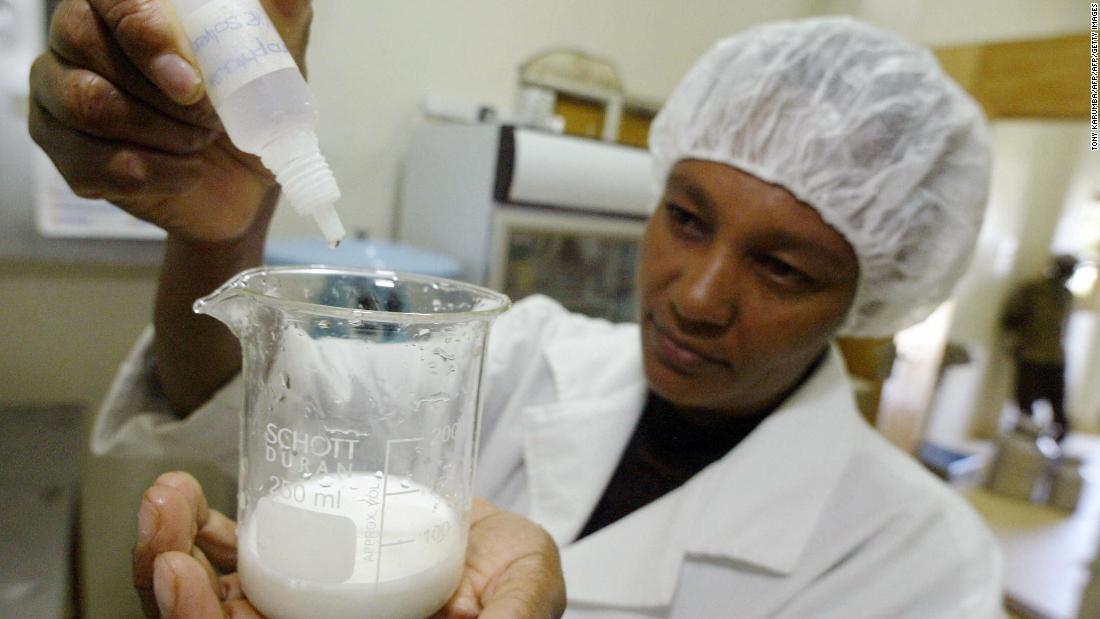 American camel milk is expensive. One pint of fresh or frozen Desert Farms camel milk retails for $18, and a 200g packet of camel milk powder, which makes approximately 14 pints, costs $74. By contrast, organic cow’s milk costs around $6-7 a gallon.

Although Abdul-Wahab will continue to source fresh milk from within the US, he has started importing camel milk powder from Saudi Arabia to bring down the cost of powder-based products.

In early 2019, Desert Farms will launch a camel milk baby formula which, with its nutritional and non-allergenic properties, “will be like the Ferrari of formulas,” he says.

If he is right, this might be the moment that camel milk moves from niche health product to the mainstream.

PrevPreviousChina may tweak its plan to dominate tech, but it won’t back down – Trending Stuff
NextSouthern California wildfire roars to life in wilderness – Trending StuffNext