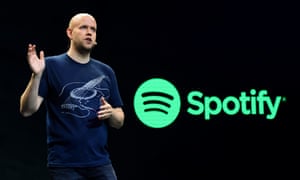 In July 2018, Spotify published its first public diversity data report. It stated that 38.7% of employees identified as women, with less than 1% identifying as non-binary. The number of female board members, senior executives and women in leadership roles hovered around 30%.

In a statement accompanying the data, Spotify affirmed a need for diversity and a feeling of belonging among staff. It acknowledged the necessity of more work, specifically around increasing the share of senior women leaders and focus on female representation in our technology organisation, diversifying our racial landscape in the US, investing in the intersectional experiences of our employees, and ensuring our service is welcoming to all.

Spotify has run marketing campaigns around social justice issues. In July 2017, the company launched a series titled Im with the banned, which highlighted those who have been historically excluded, including immigrants and the LGBTQ community.

In July 2018, Spotify recorded an 8m rise in its number of subscribers in the second quarter. The number of monthly paying subscribers, which account for the bulk of its revenue, rose to 83m at the end of June from 75m in the first three months of 2018, more than double Apples last reported 40m paid users.

Spotify made its debut as a public company in April 2018, with a so-called direct listing approach. At the end of its first day of trading, the company was valued at $26.5bn (20bn). The stock value has since risen 39% to $33bn.