(CNN)As the wildfire raged nearby, Whitney Vaughan and her husband had just enough time to grab a laundry basket of dirty clothes and some pictures before fleeing their home in Paradise, California.

The Camp Fire was closing in.

“The flames were whipping and spreading so fast,” Vaughan told CNN. “It began to jump the road. There wasn’t anywhere to go.” 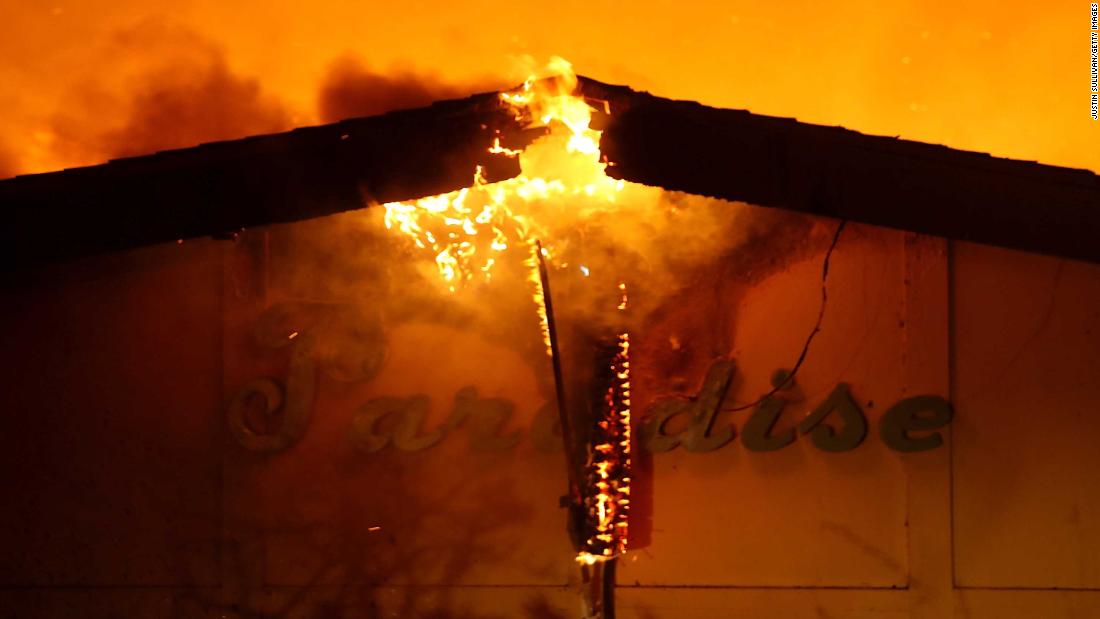 People began to panic, Vaughan said. In the chaos, one driver backed up and slammed the front of Vaughan’s SUV.

Motorists began abandoning their cars, fleeing on foot with their children in tow.

“There were no firefighters in sight,” Vaughan wrote on Facebook. “I am hoping all of these people made it out.”

Similar scenes played out in other communities this week as a trio of wildfires raged across the Golden State. 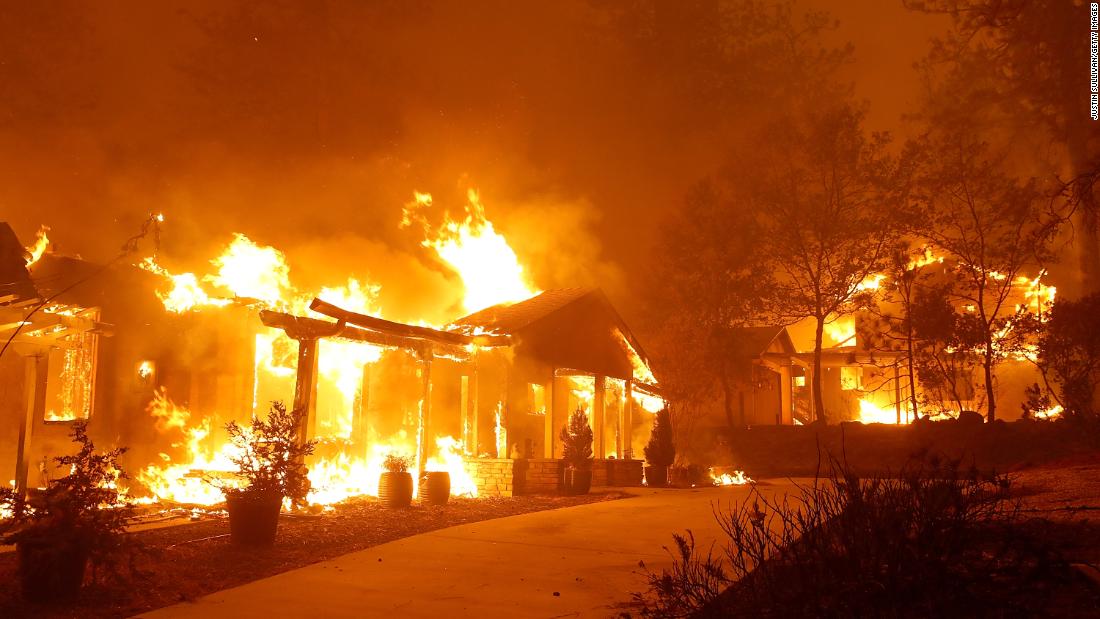 The most devastating is believed to be the Camp Fire, which by Friday morning had grown to 90,000 acres and was encroaching on the city of Chico, according to the California Department of Forestry and Fire Protection, known as a Cal Fire.

The fire has left nine people dead, the Butte County Sheriff’s Office said Friday. Four people were found dead in vehicles that were overcome by flames and and one body was discovered near the vehicles. The other victims were found near or inside homes that burned.

Those killed in the vehicles weren’t far from where Vaughan and her husband found themselves trapped.

The blaze broke out early Thursday and has grown at an astonishing rate of 80 football fields per minute. It charred 20,000 acres Thursday in less than 14 hours and has burned an area larger than Manhattan, according to CNN meteorologists.

Fueled by high winds and low humidity, the fire has placed millions of people under red flag warnings. Paradise Mayor Jody Jones said 80 to 90% of homes in residential neighborhoods are gone following the Camp Fire. Jones said she drove into Paradise on Friday with a fire official and two council members to assess the damage.

As many as 1,000 structures are believed to have been destroyed in the inferno, though authorities are still trying to determine the full extent of damage.

“There’s really not much left,” Jones said. “There are very few homes still standing and we’ve been in multiple different neighborhoods this afternoon.”

“There are places where things are smoldering but, for the most part, the fire is done with Paradise,” she said.

The lion’s share was lost in Paradise, said John Gaddie, a spokesman for Cal Fire. About 26,000 people live in Paradise, some 85 miles north of Sacramento.

Despite the destruction to both nature and man-made structures, Jones said most of the trees remain.

“One of the things that’s beautiful about Paradise are the trees and they’re still here,” she said. “I wasn’t expecting that, but it’s a good thing.” 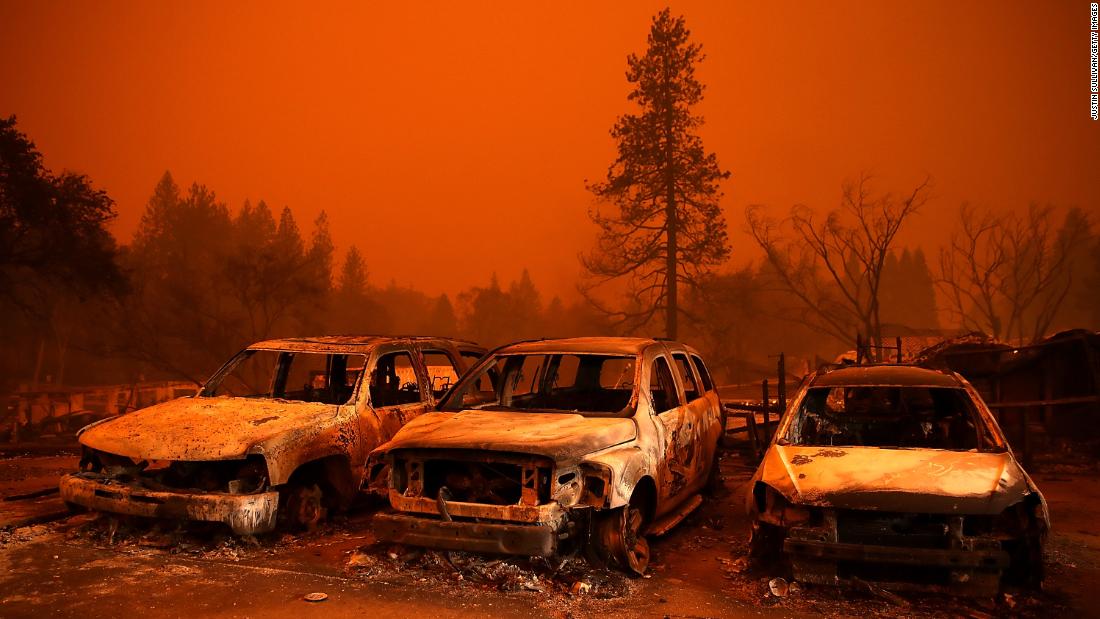 A used car lot at Skyway and Birch Street displays a collection of burned-out cars. Their husks stand next to other cars that remain unscathed.

One vehicle spared from the fire boasts a small flag advertising “hot deals.”

Vaughan and her husband escaped before flames could engulf their car, she said. It took more than 3 hours to make it through the gridlock.

“We barely stayed ahead of it,” Vaughan said. “And multiple times, as we followed the flow of cars, we thought the fire was going to kill us.”