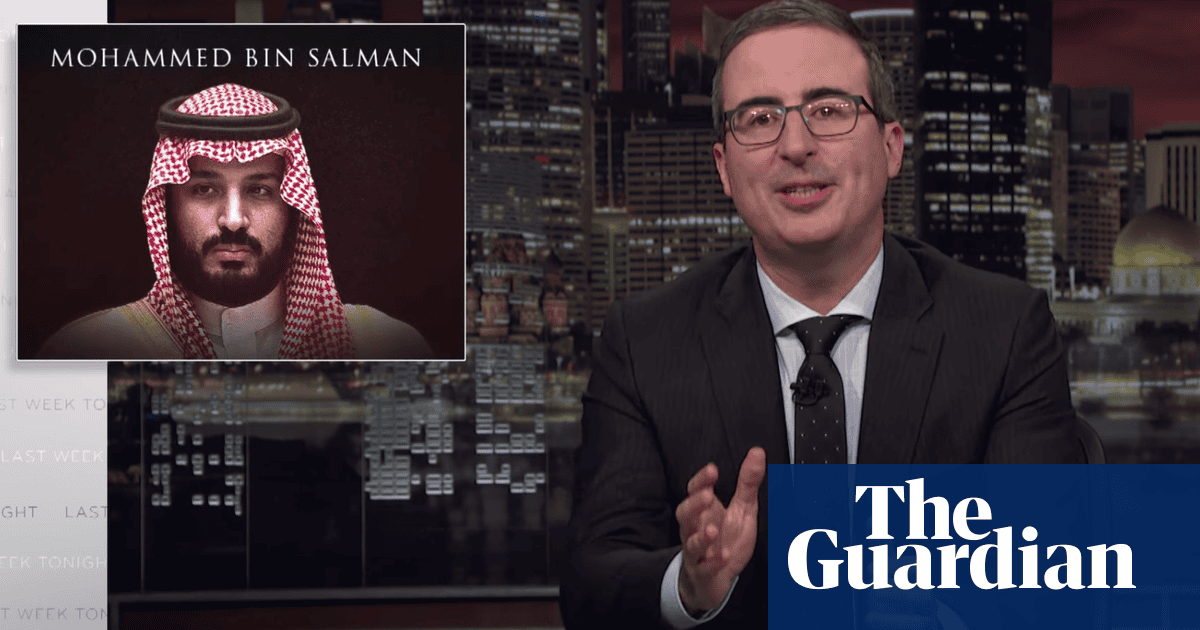 John Oliver laid out the problematic relationship that Donald Trump shares with the Saudi prince Mohammed bin Salman, calling out their similarities.

On his HBO show Last Week Tonight, the comic talked about the absolutely horrific reports of the alleged murder of journalist Jamal Khashoggi, who has been missing since 2 October and is presumed to have been murdered in the Saudi consulate in Turkey, something that is being heavily denied.

For all the Saudi denials, things are not looking good right now as the Turkish government reportedly have audio and video proof of the assassination, he said.

Oliver went on to say that the alleged murder took place because the Saudis believed they could get away with it due to the long and morally compromised history they have with the US based on strategic interests not shared values.

He continued: Weve conveniently turned a blind eye to a lot of things, from human right abuses to the Saudi leaderships role in funding religious extremism, even while partnering with us to fight it.

The recent leadership of Bin Salman has been touted as progressive, leading to women now being able to drive and a bizarre partnership with the WWE. Audiences around the world were treated to wall-to-wall propaganda, Oliver said, while playing footage from this years Royal Rumble, taking place in Saudi Arabia for the first time.

It seems that WWE is as overtly pro-Saudi Arabia as it is latently homoerotic, which is to say intensely, he said.

But Oliver claimed that Bin Salman is actually far from the political reformer that he is being presented as and used a number of examples to show this, including their absolutely brutal war on Yemen.

As all of this has happened, our current president has continued to bend over backwards to accommodate and ignore Bin Salmans worst excesses, he said.

Saudi Arabia was after all, the first foreign country Trump visited as president, leading to the viral image of him touching a glowing orb. After which, I assume Michael Cohen instinctively offered the orb $130,000 and told it to keep quiet, he joked.

Oliver continued: They have the two qualities he admires most in the world: having a lot of money and giving it to him he doesnt even have an ambassador to the kingdom. Our relationship to them is being handled personally by Jared [Kushner] , Ivanka Trumps RealDoll, and the Saudis seem understandably very happy with that situation.

When initially asked by press about the alleged murder of Khashoggi, Trump spoke about business being too important to risk ruining a relationship with Saudi Arabia. Hes openly demonstrated to the entire world, and to Saudi Arabia specifically, that an arms deal is much more important than a butchered journalist, he said.

While many presidents have previously had a problematic relationship with Saudi Arabia, Trump is the first one who doesnt see it as a compromise and he believes that he is similar in some of the worst possible ways to Bin Salman.