(CNN)Dorian is making its last gasps as it moves up the North American coast, but the National Hurricane Center has its eye on two other storms brewing on either side of the United States. 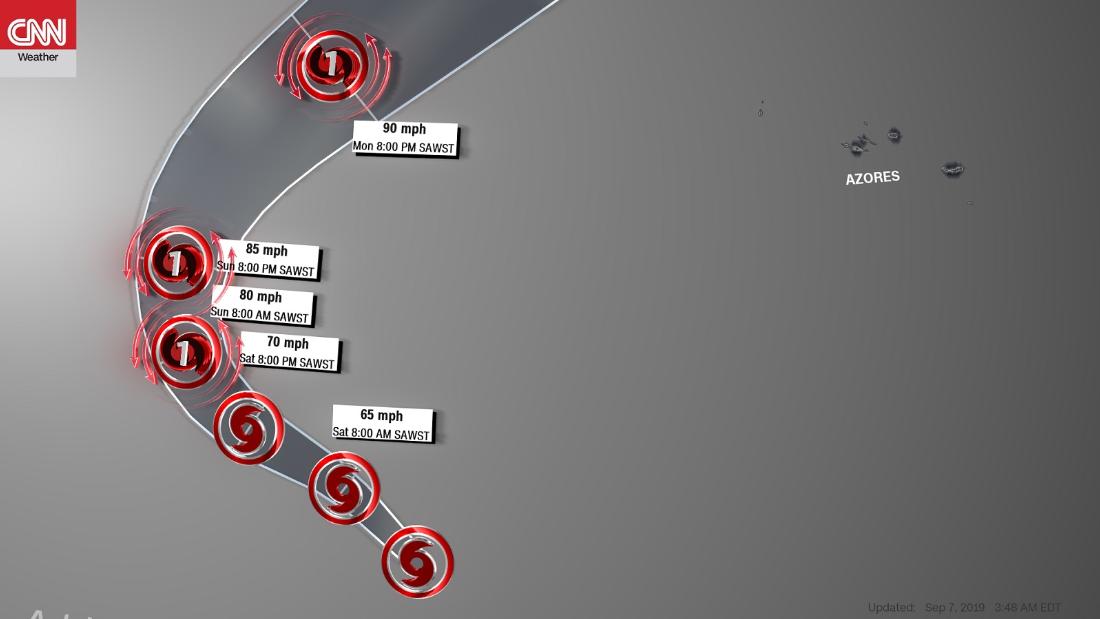 Tropical Storm Gabrielle is currently in the middle of the Atlantic Ocean.
At 990 miles away from the nearest land (the Azores, an archipelago in the mid-Atlantic), current forecasts from the National Hurricane Center have it moving west toward the United States before making a turn to the northeast and fizzling out.
But for now, the NHC says, it’s struggling over the open central Atlantic. But it’s expected to gain strength and become a hurricane Sunday.
No watches or warnings have been extended yet, but Gabrielle’s windspeed was at 50 mph Saturday morning and are forecast to reach hurricane levels by Sunday as it moves in the direction of the United States, according to the NHC. 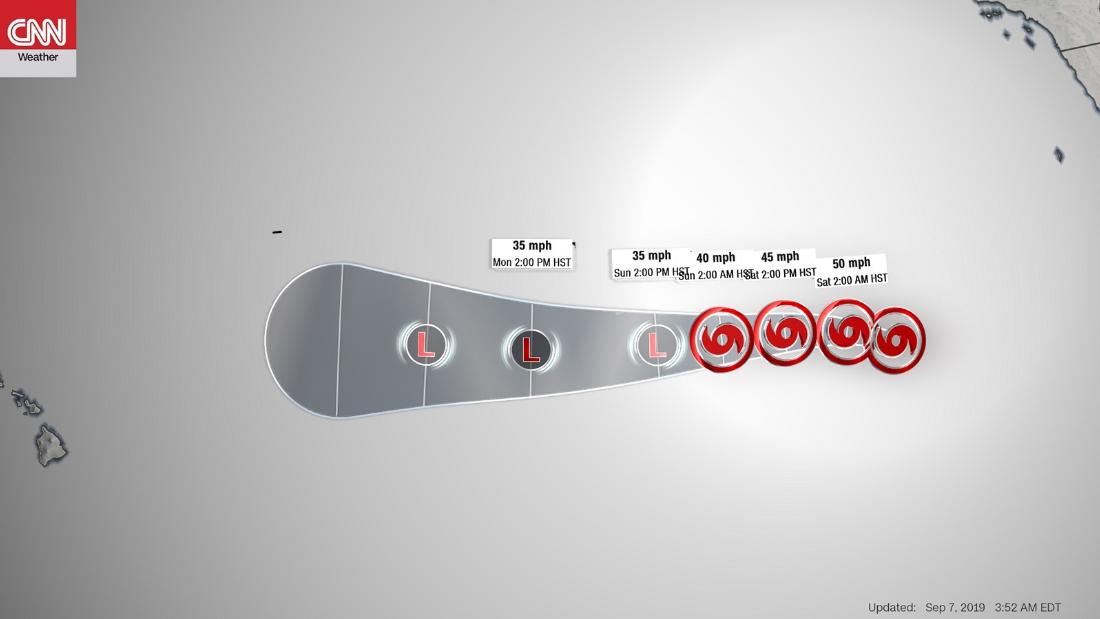 On the Pacific side of the continent sits Tropical Storm Juliette.
Juliette is about 1,090 miles from the southern tip of Baja California, the NHC said.
No warnings or watches have been issued for Juliette. The storm has maximum sustained winds of 45 mph, but it is expected to weaken steadily. “Juliette is expected to become a post-tropical remnant low Saturday,” the NHC said.