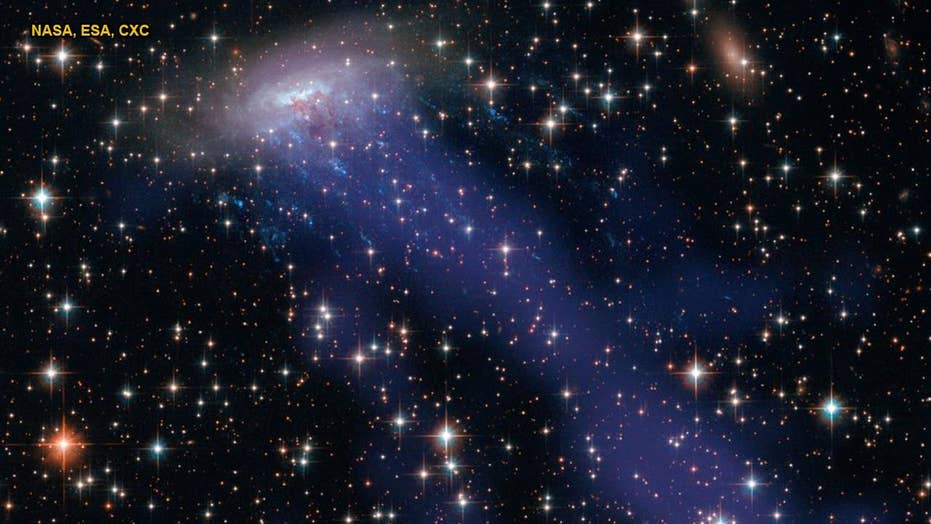 The Hubble telescope has detected a supermassive black hole that technically shouldn’t exist, according to new findings.  (nasa.gov)

Spotted around the black hole was a thin “accretion disk” containing debris and gas rapidly pacing around the edge, according to findings published Thursday in the journal Monthly Notices of the Royal Astronomical Society.

The black hole was unusual in that its gravitational pull was not capturing the disk of material, which was moving at 10% the speed of light, according to the journal.

Lead author Stefano Bianchi said it’s “the same type of disk we see in objects that are 1,000 or even 100,000 times more luminous.”

GET THE FOX NEWS APP

By observing the disk through blocking out starlight, researchers were able to better study processes happening close to the black hole’s edge. The team said they plan to study more galaxies with the Hubble Space Telescope in the future to find similar disks of material.