The 2020 Democrats as ‘Game of Thrones’ characters 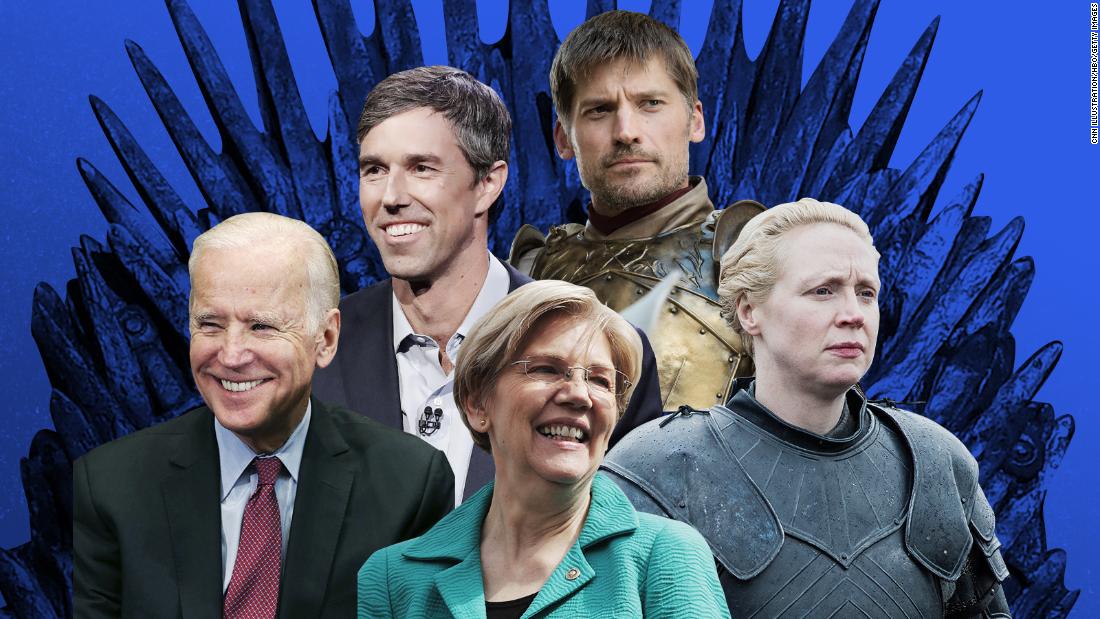 Like:
Even with the slew of recent deaths on the show — RIP, Jorah Mormont — there are still a massive cast of characters to wrestle with as we move toward the end game.
What else, you ask, has lots of characters and drama with an uncertain ending? (Amazing segue, right???) Why, the 2020 Democratic presidential primary campaign, of course!

With 21 official candidates all seeking the Iron Thro — er, Democratic nomination — it’s sometimes hard to keep track of who’s who. (Sidebar: 60% of the time my wife and I are watching “GOT” is filled with me saying, “Wait, who is that again?”)
Maybe this will help jog your memory! Below, all of the candidates matched up with the “Thrones” character they remind me most of.
Important caveat: Many of the “GOT” characters are murderers! Some are horrible people! And then there’s Ramsay Bolton. That’s all to say that you shouldn’t take this literally. “Game of Thrones” is a TV show based on an amazing set of unfinished books. (Come on George!) It is fiction. This is real life. OK? OK!
One more caveat: CNN and HBO are both WarnerMedia companies, but HBO did not participate in compiling this list.
Here we go! 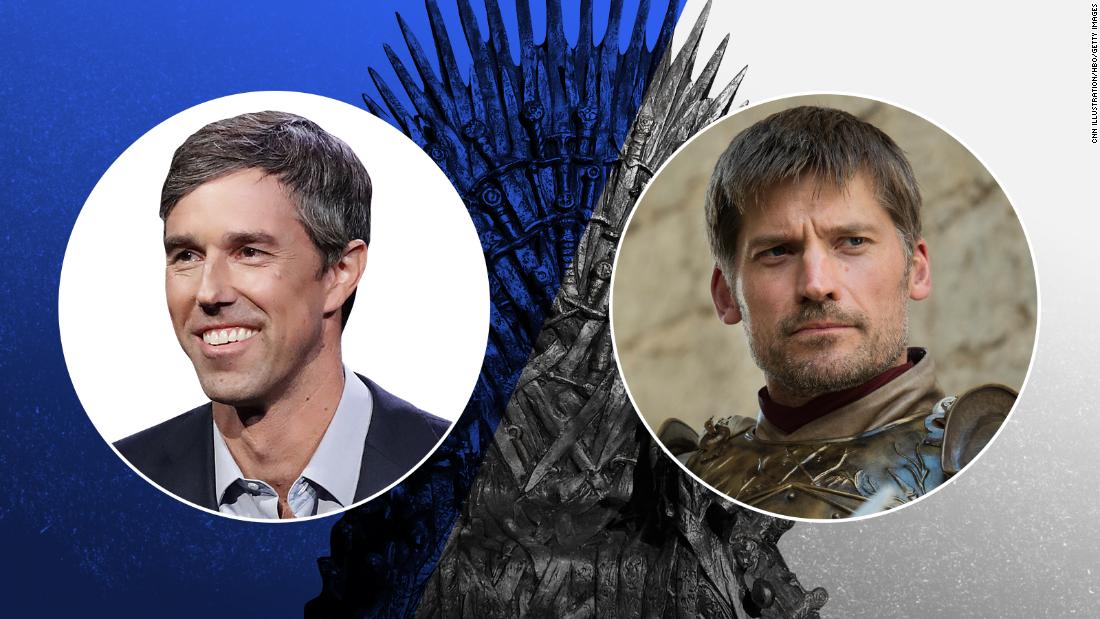 O’Rourke, like the Kingslayer, appears at first glance to be born to do this. (He said as much!) But that sense of destiny overlooks deeper internal conflict about who they are and whether they are doing the right thing. See: Beto’s Medium posts. 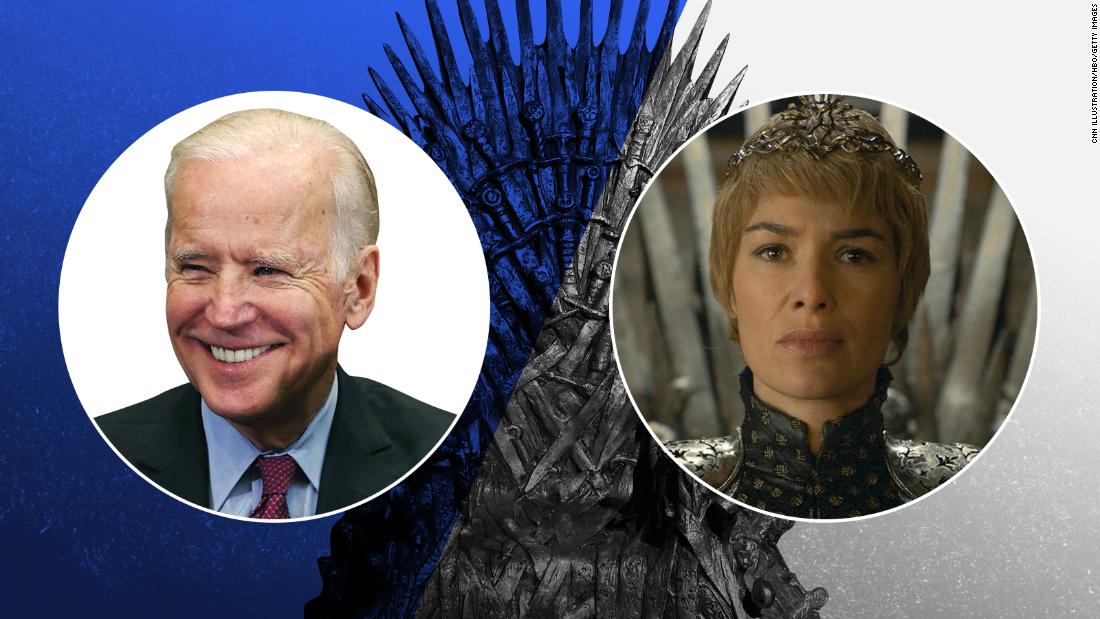 Both are the de facto incumbents, relying on their inherent knowledge of the system and an air of inevitability to stay on top. But both know their enemies are coming for them — and that doubts remain as to whether they can hang onto power. 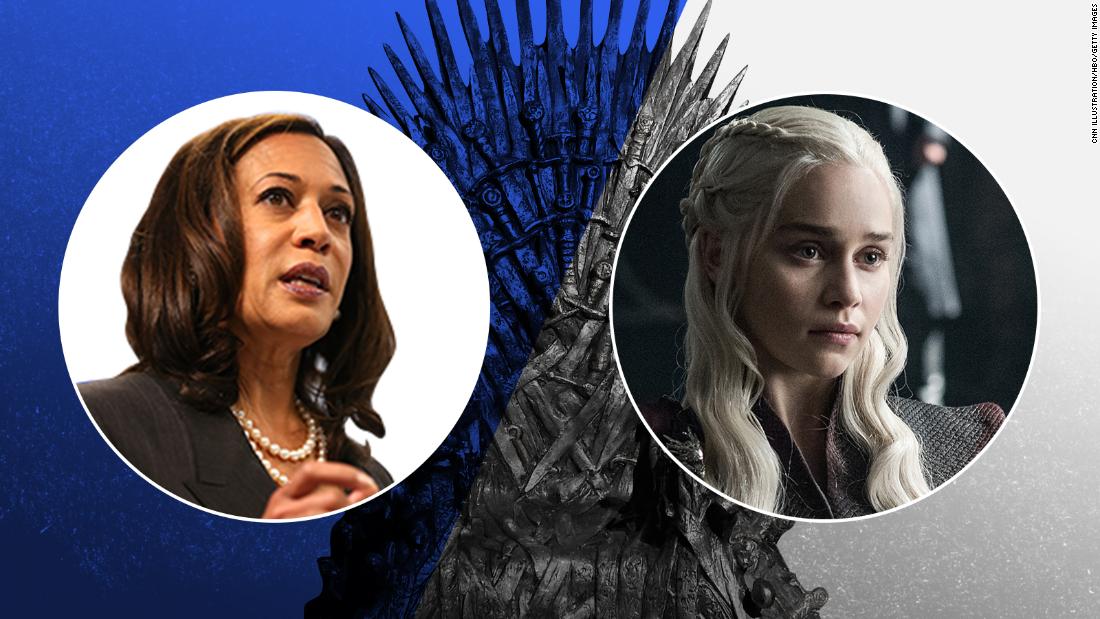 From the first time people heard of them, they saw the potential. And to date, both have lived up to the hype. But there are lingering concerns — and fears — about whether they represent too much change for a staid world. 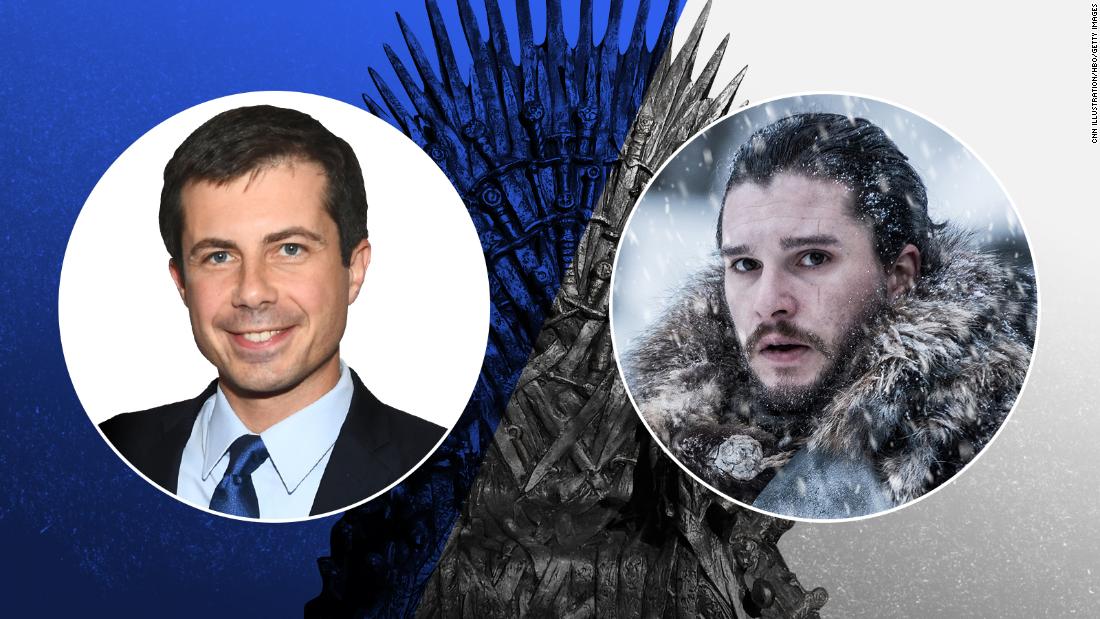 Granted, “King of the North” has more of a ring to it than “Mayor of South Bend.” But the similarities are there for anyone to see: Initially unheralded and ignored, both men have suddenly become the axis on which the story spins. 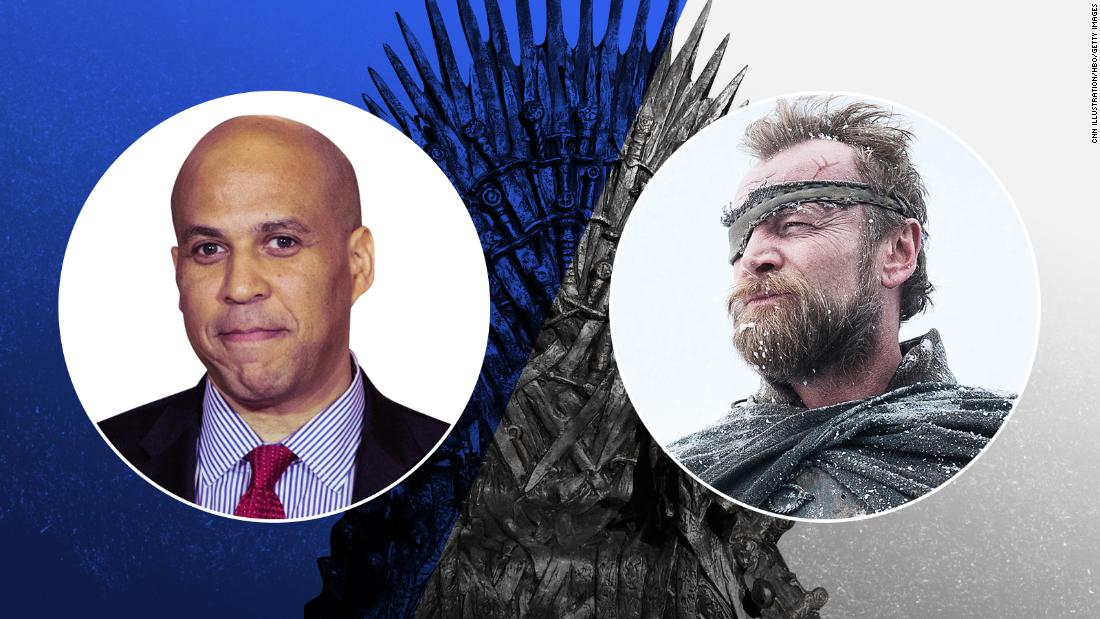 The New Jersey senator, like Beric, is eternally optimistic in the face of seemingly insurmountable odds. Booker has to hope he, like Beric, can be brought back to (political) life in a race where he hasn’t done much yet. 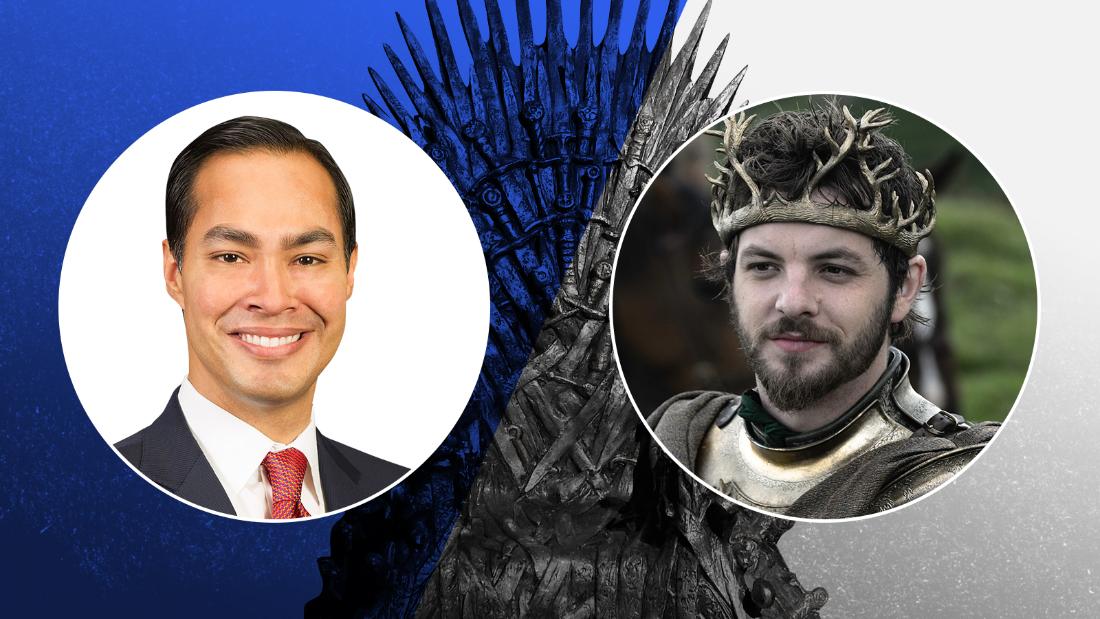 In the very early stages of the story, you thought he might be a major player. He had a solid claim and the right profile. But, so far, not much of anything. 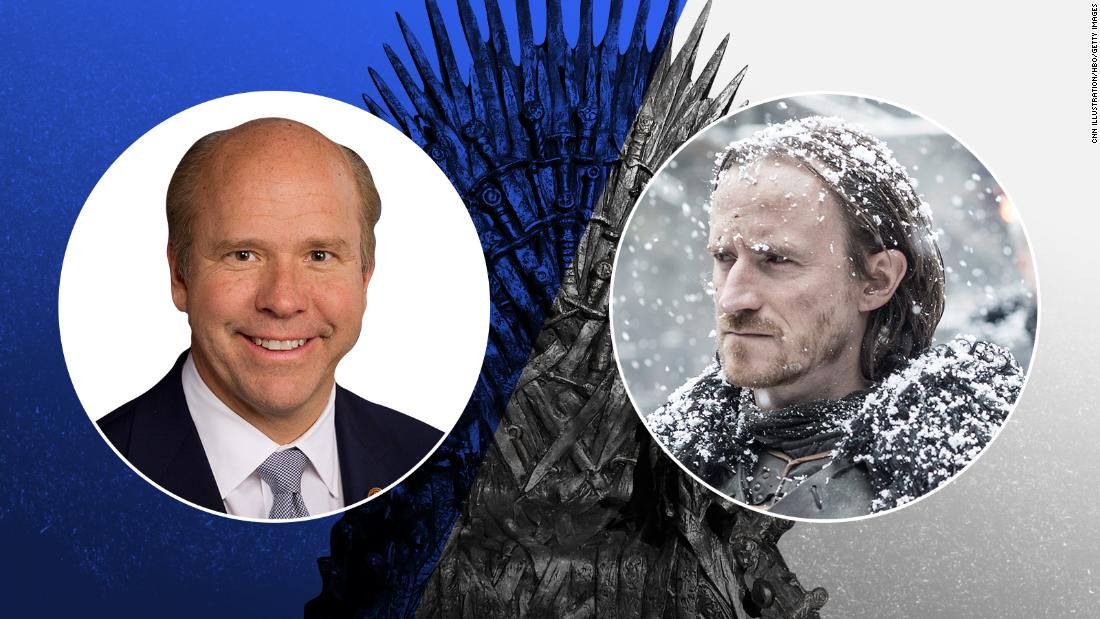 You know both of them are involved in the story — and have been since (almost) the beginning. But you’d be hard-pressed to really say much about what they do — or pick them out of a lineup. 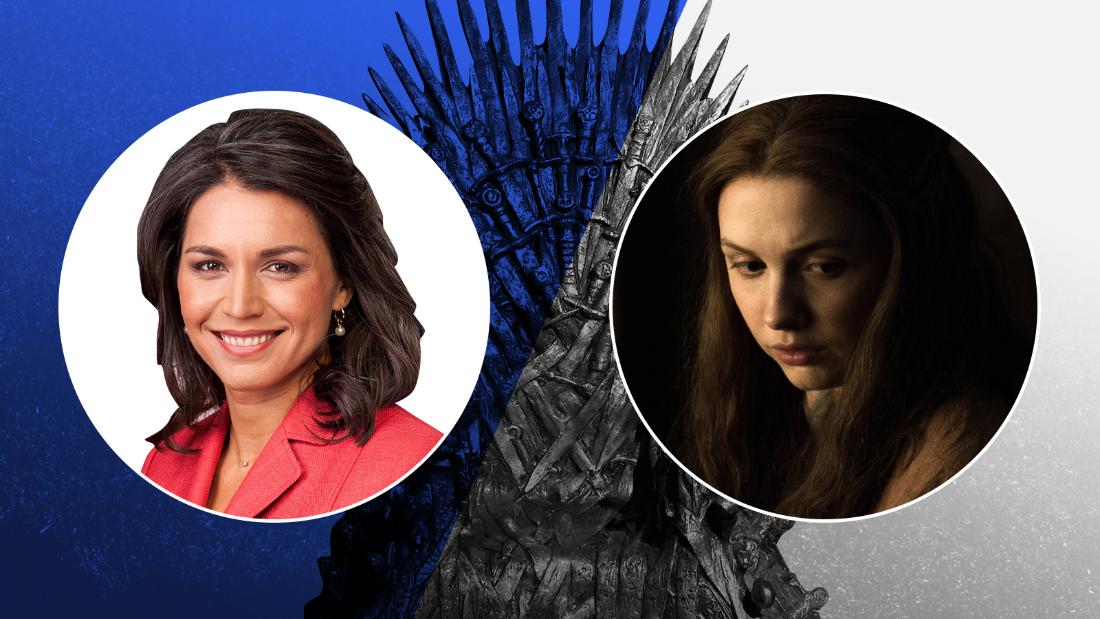 Both are around the main story — and have been for quite a while. There’s some sense that they may have a smallish role in the end game, but for the life of you, you can’t figure out what it is. Oh, also: They hail from far-off locales — Gilly from Beyond the Wall, Gabbard from Hawaii. 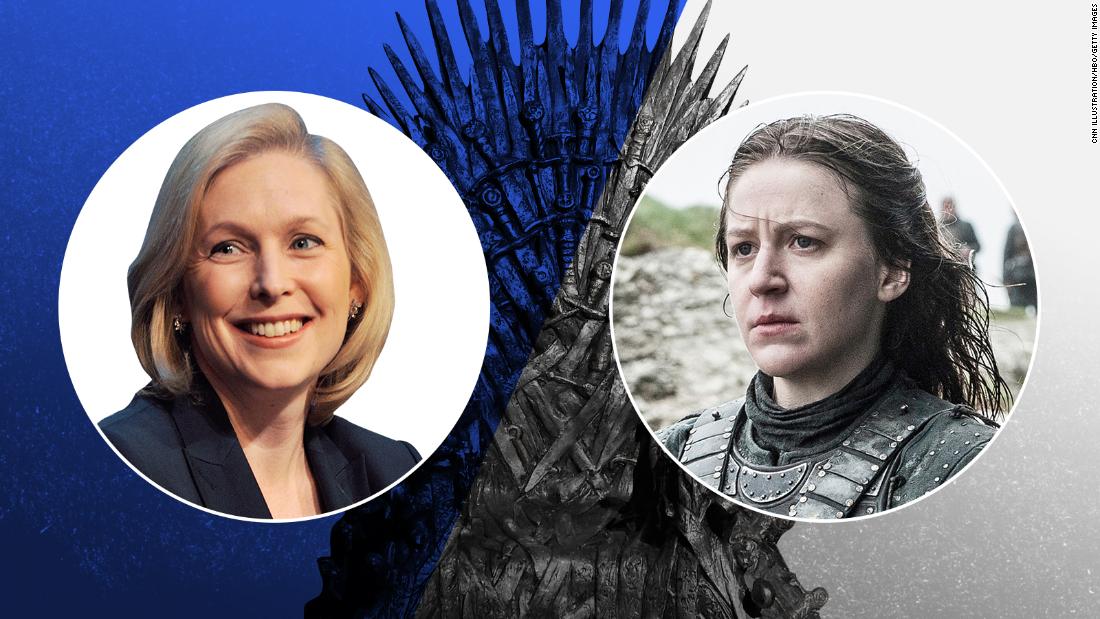 Tough. Strong-willed. But also not as effective as you might have thought they would be. 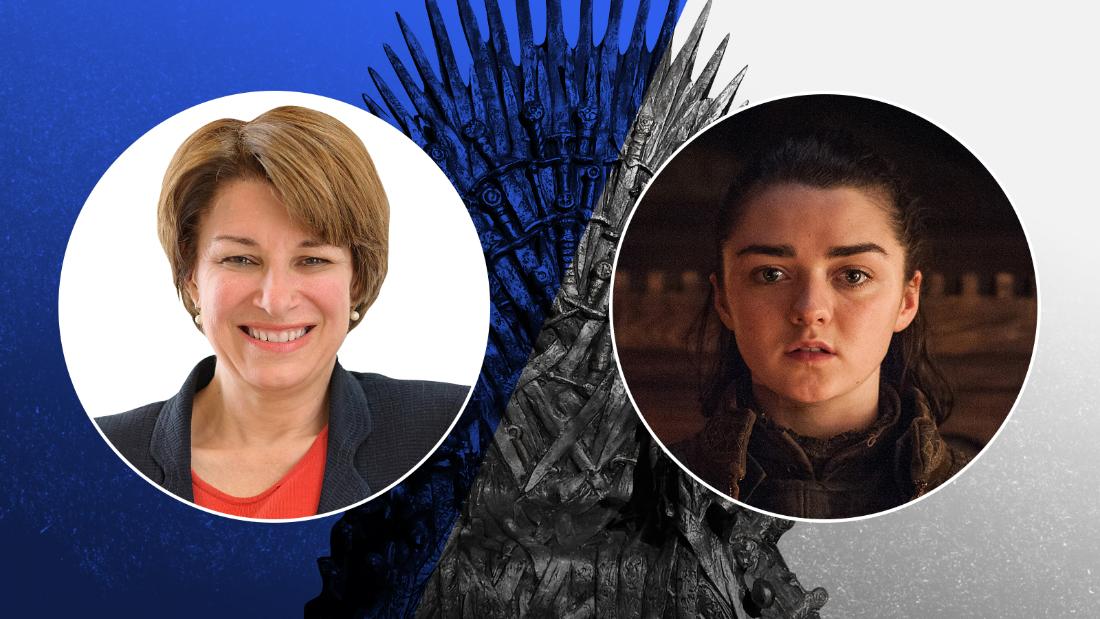 Both the daughters of strong fathers who heavily influence their lives. (You know about Ned Stark but you should learn about Jim Klobuchar.) Both were underestimated early in their lives but, through their actions, have proven their mettle. And both face very uncertain futures — although it seems as though they are going to be right there when the, uh, stuff hits the fan. 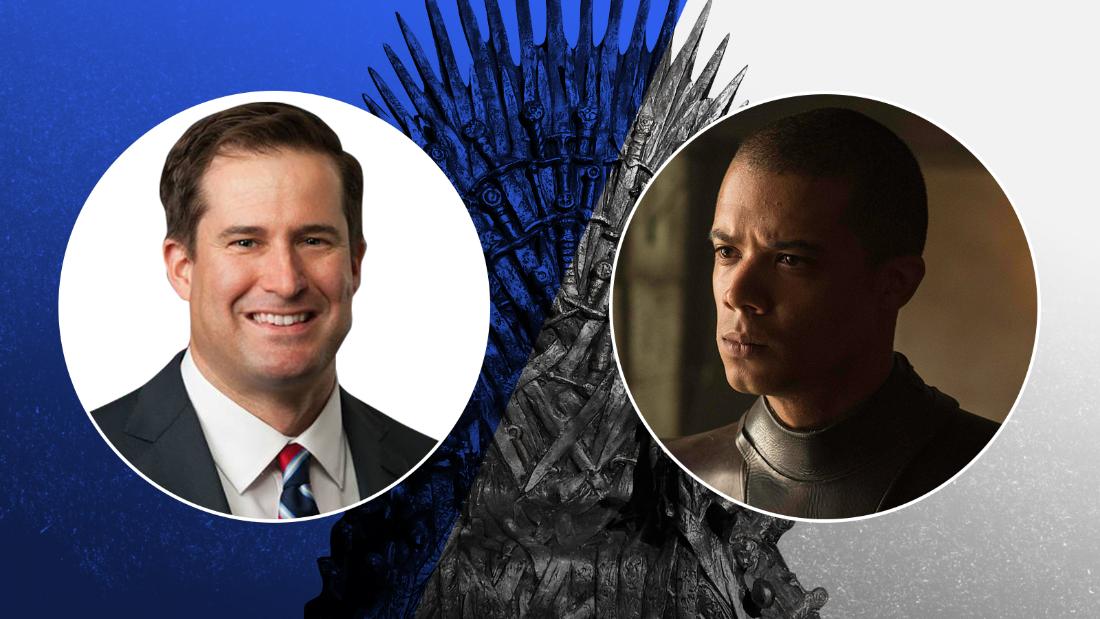 A military man through and through, but also someone trying desperately to write a new story for himself. 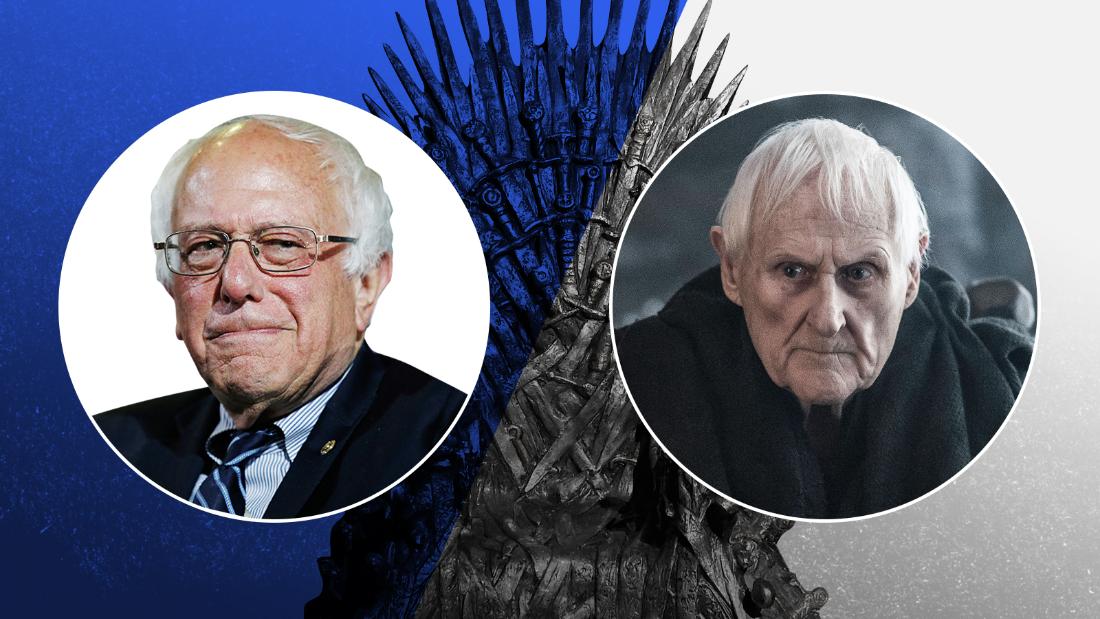 You remember Aemon, right? A member of the Night’s Watch but, as revealed in the early seasons of the show, also the brother of the Mad King Aerys Targaryen? Well, Aemon predicted much of what was to come in the battle between ice and fire — sort of like how the Vermont senator foresaw the direction his party was headed on issues like health care. Also: Aemon and Bernie are both very old. 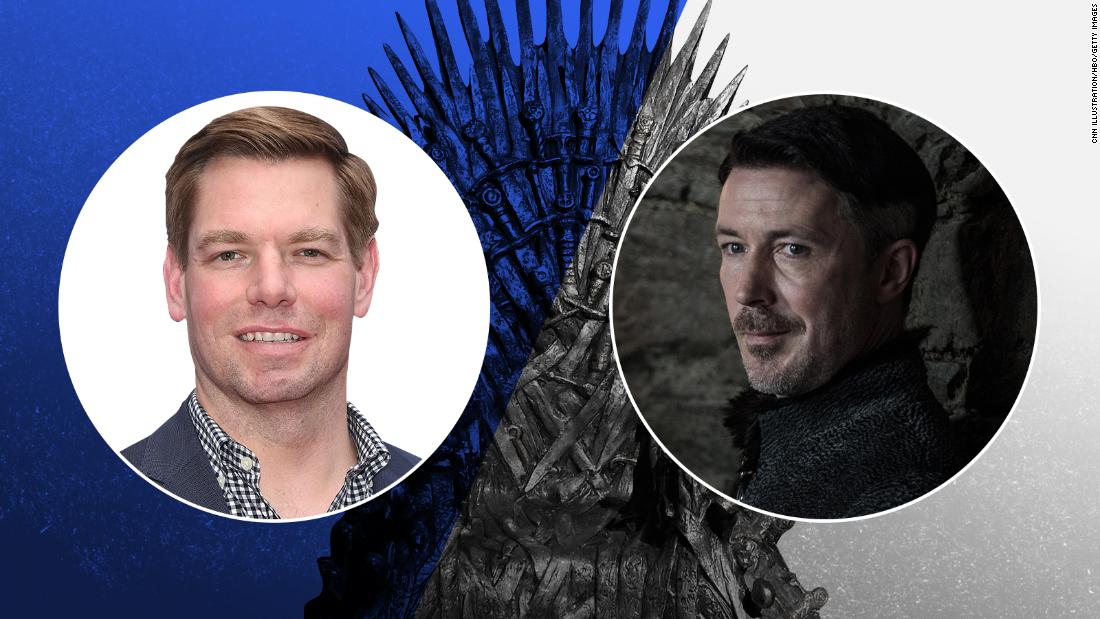 Both of them carried ambitions well beyond what it seemed they were capable of. And both had a sense that they might not get the ultimate prize they sought but that there was much to be gained in the effort.

Elizabeth Warren as Brienne of Tarth 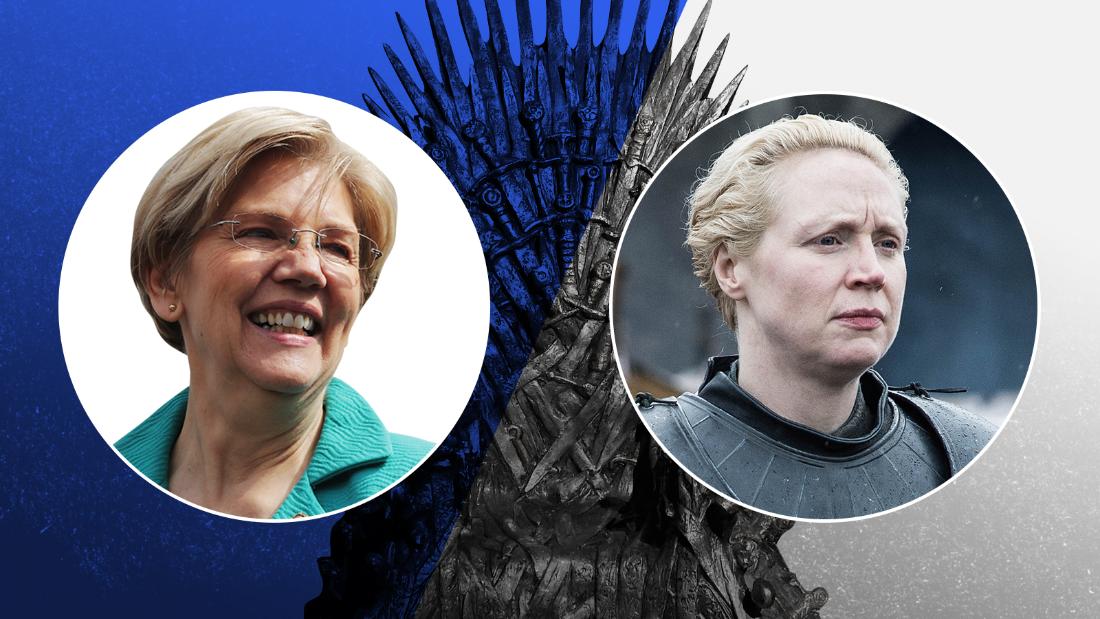 Deeply disciplined and principled. Loyal, to a fault. Their upbringings have troubled them as they sought to both honor the past and move beyond it. Also, both are sneaky tall! (Warren is, according to the Internet, 5’8″.) 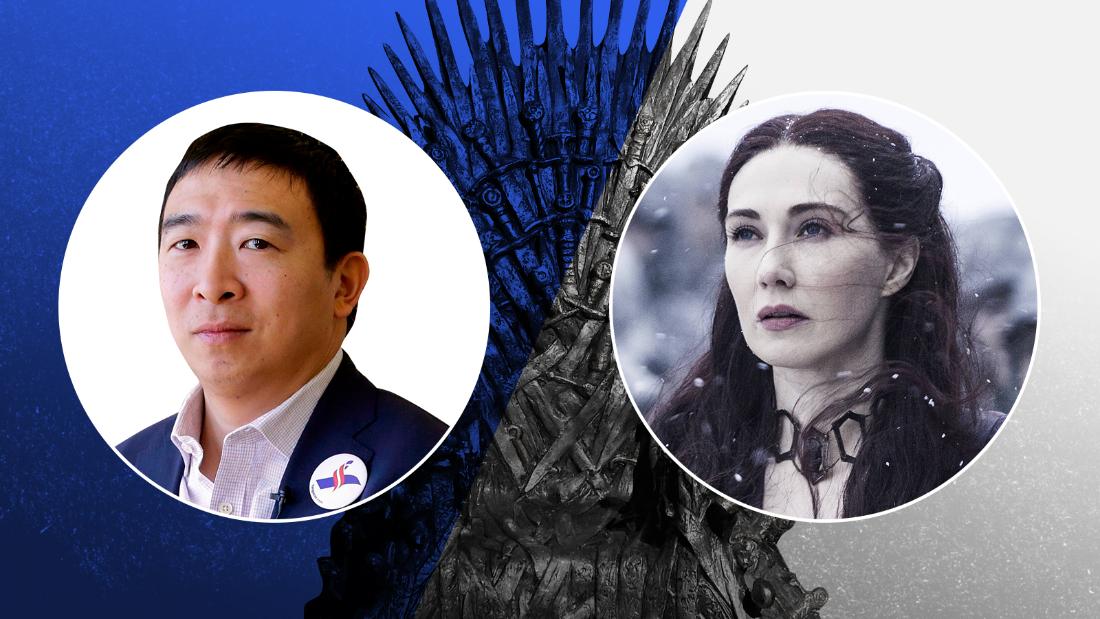 Both Mel and Yang have attracted passionate followings. In both cases, it’s not clear how much of their pitch is smoke and mirrors.

Marianne Williamson as Thoros of Myr 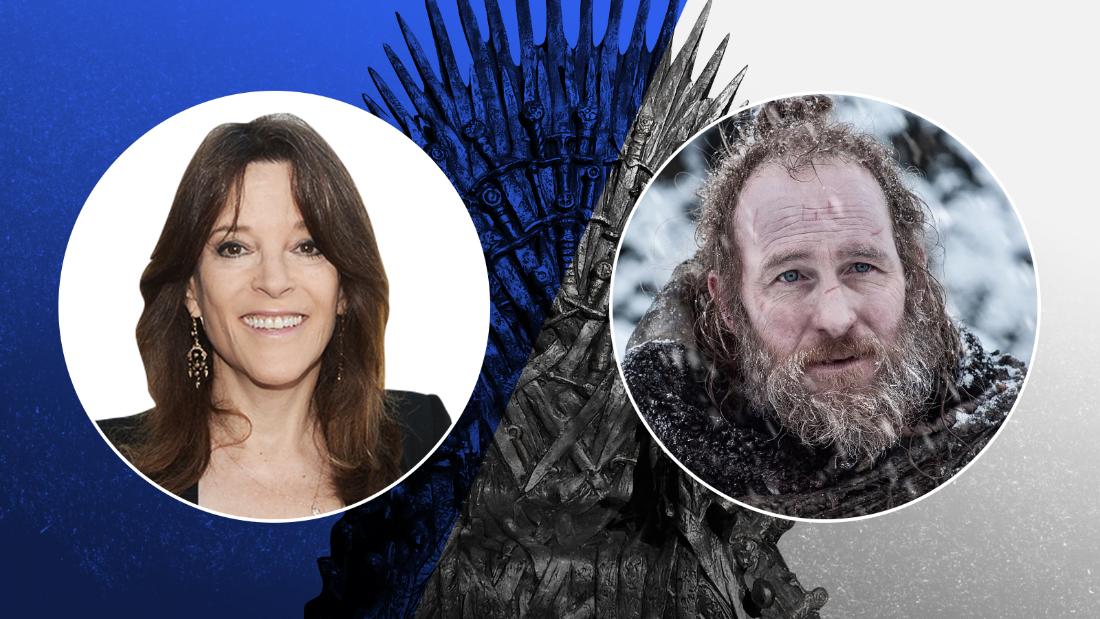 Thoros’ deep spiritual connection — he was a red priest of the Lord of Light — allowed him to raise Beric from the dead. Which is a big deal! And Williamson is a bit of a spiritual guru in her own right. And she’s written a book called “A Year of Miracles!” But what truly unites them? They are heavily overshadowed by better-known characters. 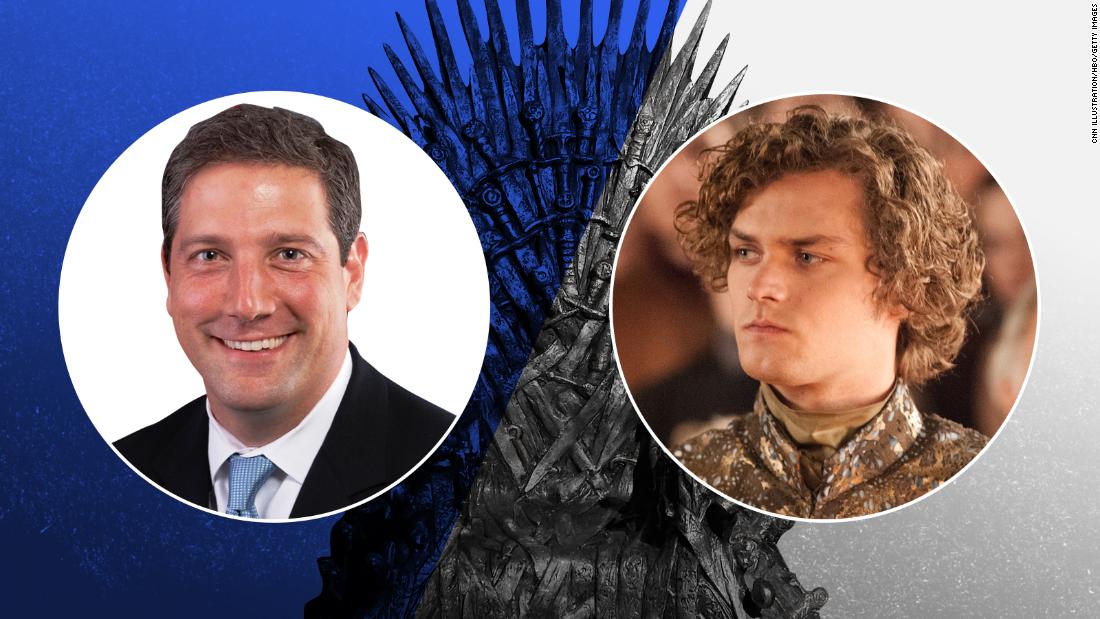 Handsome, talented and, also, sort of ignored by the main players in the race. (Side note: Ser Loras has WAY better hair than Ryan.) 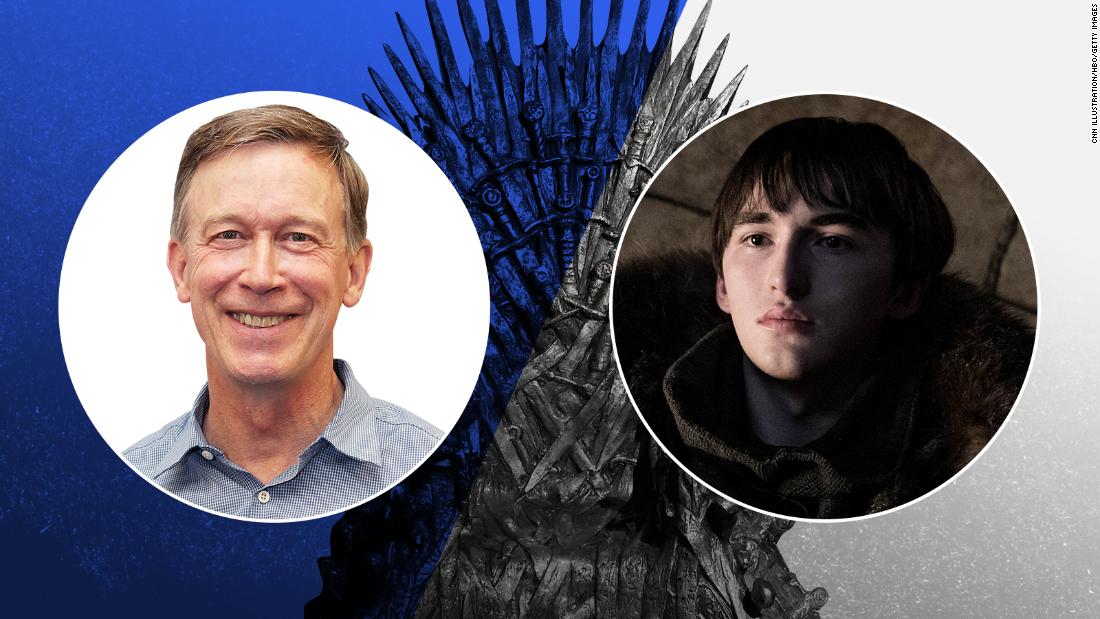 Both the former Colorado governor and the Three-Eyed Raven just sort of say weird stuff and then disappear into the background again. 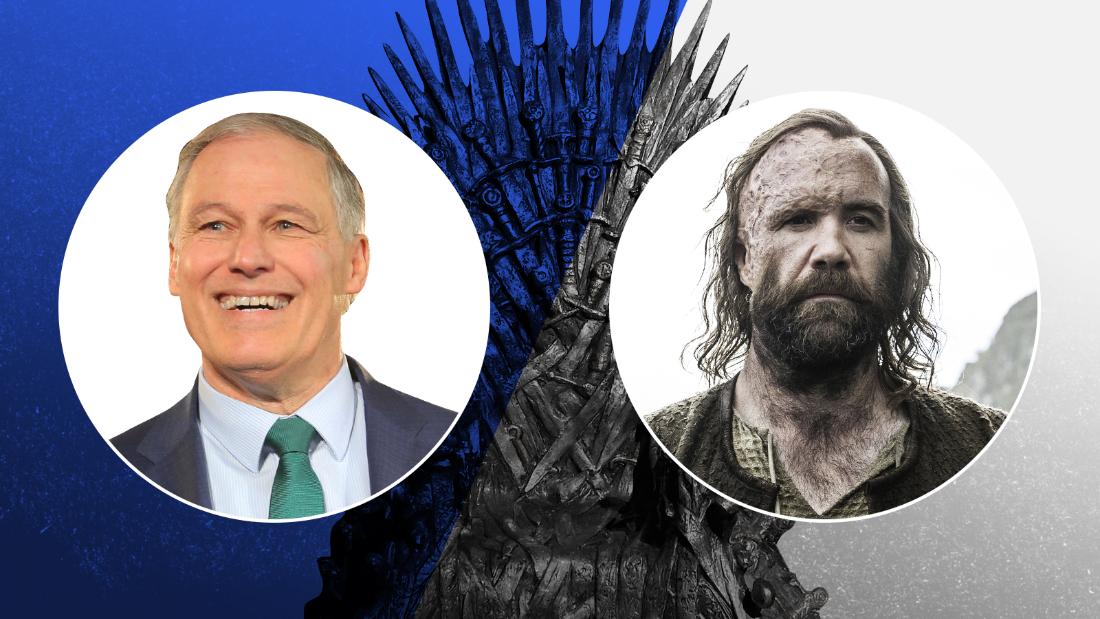 Clegane (aka The Hound) has one mission: Kill his psychopath older brother Gregor (aka The Mountain). (Come on Clegane Bowl!!) Inslee has one mission: Raise awareness of the issue of climate change in the country. Both missions feel somewhat doomed. 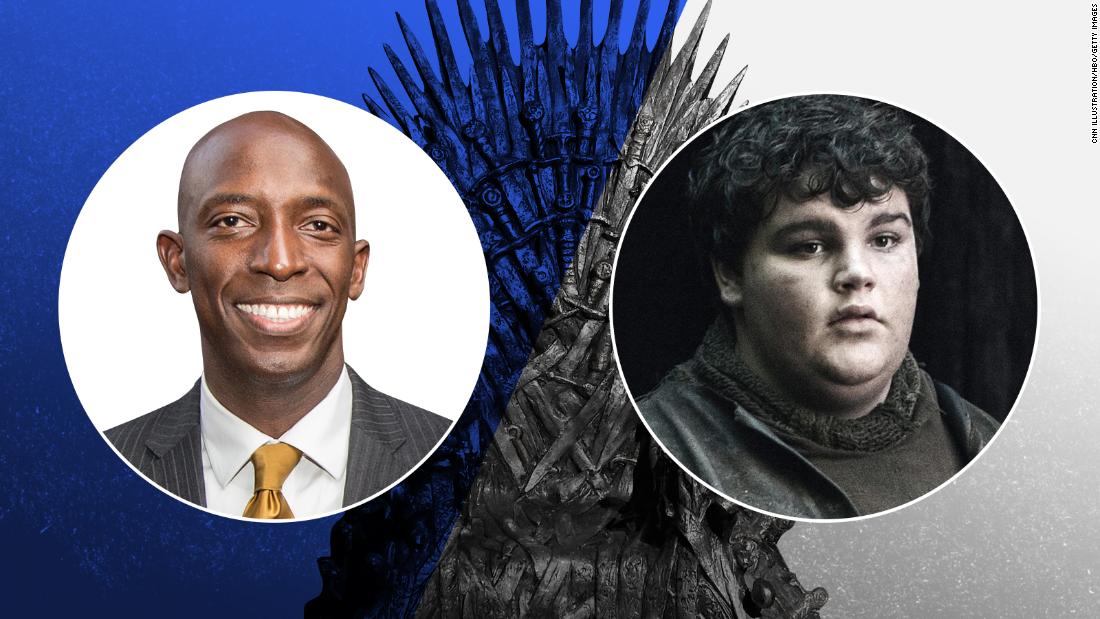 Both are in the story, sure. You’re just never sure exactly why.