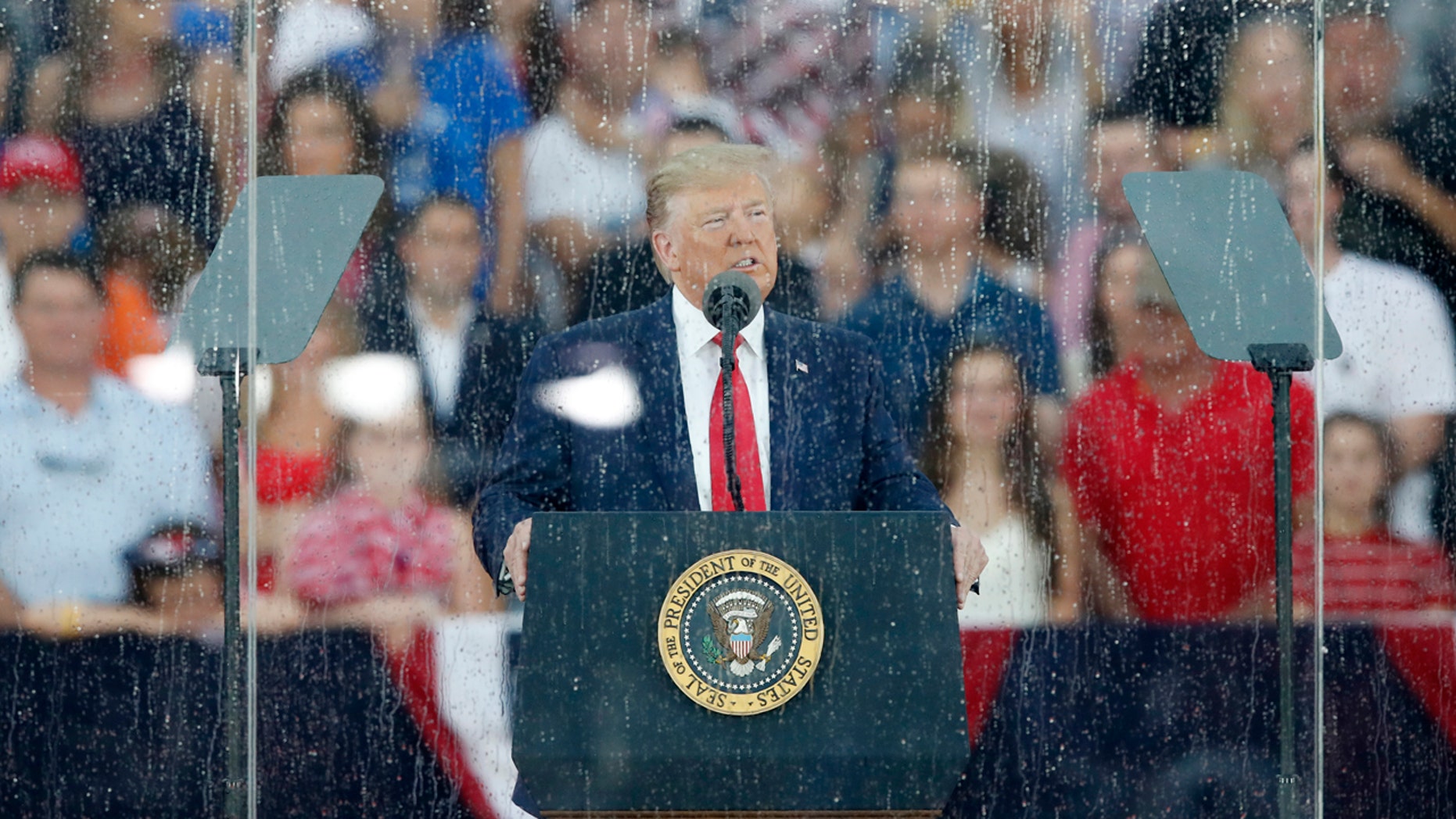 With the Lincoln Memorial in the background and flanked on both sides by camouflaged Bradley fighting vehicles, President Trump used his “Salute to America” speech Thursday evening to praise the men and women of the Armed Forces and American exceptionalism.

Despite concerns that he would use the Fourth of July event as a glorified campaign rally, Trump stuck mainly to the script during his speech – praising the spirit that “runs through the veins of every American patriot” and attempting to strike a more unifying  and conciliatory tone than he is generally known to take.

“Today, we come together as one nation with this very special Salute to America,” a smiling Trump said. “We celebrate our history, our people, and the heroes who proudly defend our flag — the brave men and women of the United States military.”

From George Washington leading the Continental Army to the Apollo 11 moon landing, Trump rattled off a list of American accomplishments and inventions in the name of freedom, while surreptitiously sneaking in a boast about his administration’s accomplishments.

“Americans love our freedom and no one will ever take it away from us,” Trump said to chants of “U-S-A.” “Our nation is stronger today than it ever was before, it is stronger now stronger than ever.”