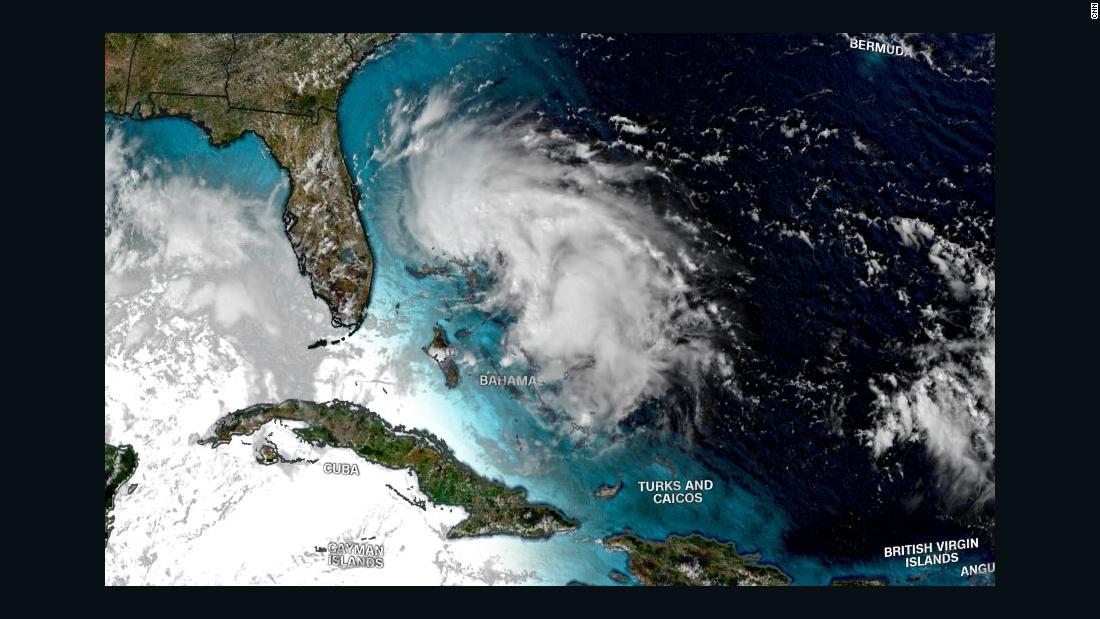 (CNN)Tropical Storm Humberto was dropping rain on the Bahamas’ Abaco Islands as it began to crawl away Saturday evening, bringing the kind of stormy conditions the islands don’t need after Hurricane Dorian ravaged them nearly two weeks ago.

At that time, the storm was about 70 miles north of Great Abaco Island with maximum sustained winds of 50 mph.
Humberto is expected to move farther from the Bahamas as Saturday wears on, but not before it drops up to 6 inches of rain on some islands. That would be difficult for the Abacos or Grand Bahama, where Dorian left at least dozens of people dead and hundreds missing.
“Even if you’re just talking 2 to 4 inches (of rain), you have to remember a lot of these homes, they don’t have roofs on them. A lot of the buildings are already structurally compromised, so even a 50- or 60-mph wind can cause even more damage,” CNN meteorologist Allison Chinchar said.
TRACK THE STORM 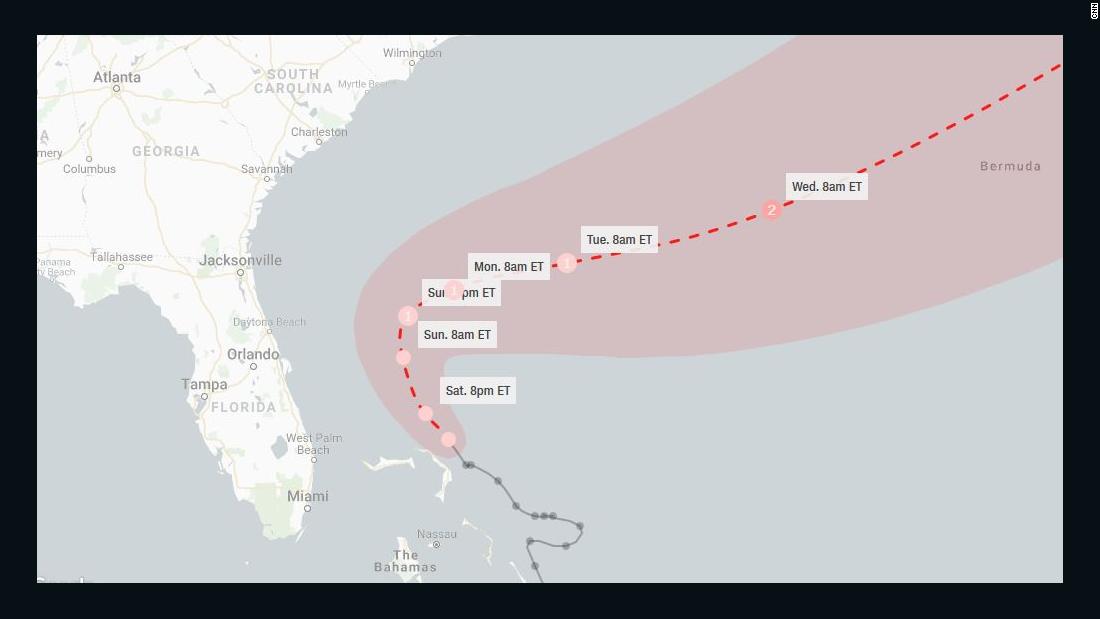 It’s expected to become a hurricane after leaving the Bahamas

After it clears the Bahamas, Humberto is expected to become a hurricane in the Atlantic by Sunday night or early Monday morning, as it churns east of Florida’s coast, the hurricane center said.
Humberto’s center does not appear destined for the US Southeast coast, contrary to earlier forecasts, but swells generated by Humberto still could affect the coasts of central Florida to South Carolina through early next week. These swells could cause life-threatening surf and rip current conditions, the center said.
The storm comes at the peak of the Atlantic hurricane season, which is usually in the weeks surrounding September 10, when weather conditions favor storms forming quickly.

Meanwhile, hundreds are still missing in the aftermath of the powerful Category 5 hurricane that smashed into the Abaco Islands and Grand Bahama this month.
The death toll stands at 50 but is expected to rise as search and rescue crews sift through flattened neighborhoods.
“We are a nation in mourning,” Prime Minister Hubert Minnis said in a statement. “The grief is unbearable following the devastating impact of Hurricane Dorian, which has left behind death, destruction and despair on Grand Bahama and Abaco, our second and third most populous islands.”
About 3,900 evacuees have been processed through south Florida by air and sea so far, officials said.
The number includes US citizens, legal residents, Bahamians and people from other countries who evacuated the islands after the storm hit.