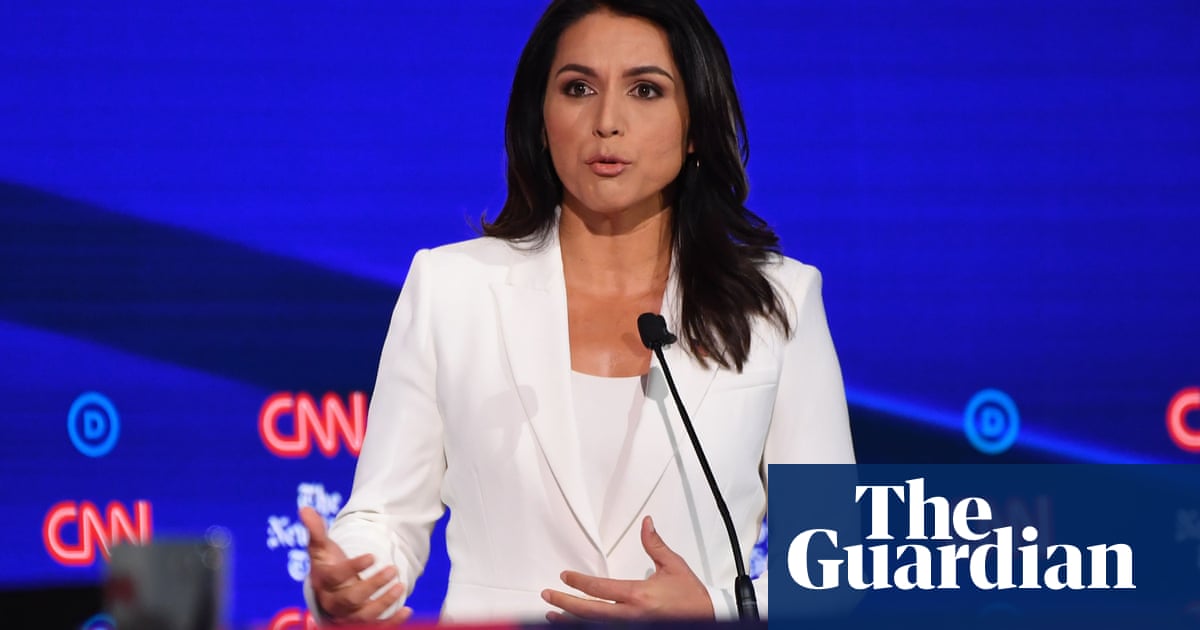 The Hawaii congresswoman Tulsi Gabbard fought back after Hillary Clinton appeared to call her the favorite of the Russians.

In an interview, Clinton said she believes the Russians have got their eye on somebody whos currently in the Democratic primary and are grooming her to be the third-party candidate.

The former senator, secretary of state and 2016 Democratic presidential candidate did not name Gabbard directly.

But in tweets on Friday, Gabbard called Clinton the personification of the rot that has sickened the Democratic Party for so long. Gabbard also alleged there has been a concerted campaign to destroy her reputation since she announced her presidential run in January.

Its now clear that this primary is between you and me, Gabbard tweeted about Clinton. Dont cowardly hide behind your proxies. Join the race directly.

There is lingering trepidation in the Democratic party of a repeat of the 2016 race, when Russia interfered in an effort to help Donald Trump defeat Clinton. US intelligence agencies have warned that Russia intends to meddle in 2020. The Russian president, Vladimir Putin, has mocked that possibility, joking earlier this month that Moscow would definitely intervene.

During a Democratic debate on Tuesday, Gabbard criticized a commentator who she said called her an asset of Russia. She called the comments completely despicable.

Clinton seemed to echo the commentators remark during a podcast appearance this week on Campaign HQ with David Plouffe. Plouffe was campaign manager for Barack Obama in 2008 and a senior adviser to the president.

Shes the favorite of the Russians, Clinton said, referring to the person she had earlier identified as a woman whos currently in the Democratic primary.

They have a bunch of sites and bots and other ways of supporting her so far.

Clinton also called Trump Vladimir Putins dream. She went on to say Trumps inauguration speech was like a declaration of war on half of America. Clinton also described the 2016 Green party presidential candidate Jill Stein as a Russian asset.

The Russians know they cant win without a third-party candidate, Clinton added.

Gabbard said on CBSN she will not be leaving the Democratic party. I will not be running as an independent or a third-party candidate.

Stein, who ran against Trump and Clinton, received about 1% of the vote in the 2016 election. But some Democrats said her candidacy syphoned votes from Clinton and helped Trump win, particularly in states like Wisconsin.

The Senate intelligence committee asked Stein for documents as part of its inquiry into Russian interference in the election because she attended a 2015 dinner in Moscow sponsored by the Russian television network RT, with Putin. Stein has said she attended with a message of Middle East peace, diplomacy and cooperation.

In a tweet on Friday, Stein accused Clinton of peddling conspiracy theories to justify her failure instead of reflecting on real reasons Dems lost in 2016.