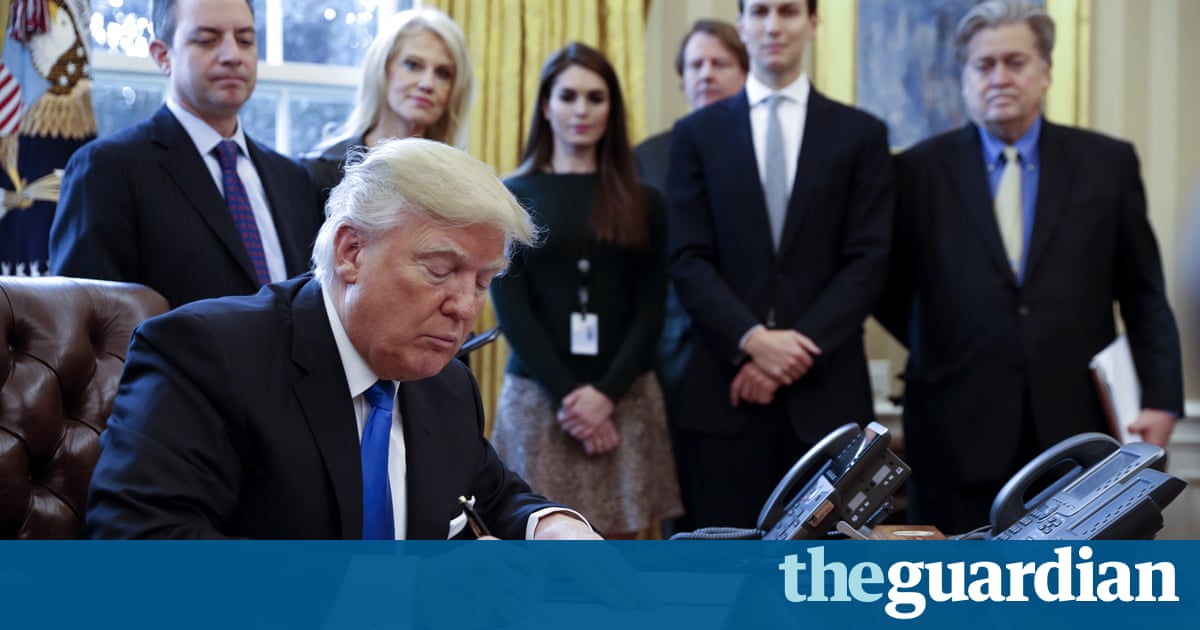 Two weeks in, the new administration resembles the court of a Renaissance king, with favorites infighting and Steve Bannon a Cardinal Richelieu in cargo pants

After 15 days of chaotic activity when he made heads spin around the world, President Donald Trump flew from Washington on Friday for the Florida mansion he calls the Winter White House, leaving behind a faintly traumatised US capital.

The exhausting first two weeks of the Trump presidency were bookended by an obsessive fixation with his inaugural crowd size and his use of a usually solemn speech at the national prayer breakfast to continue a feud with Arnold Schwarzenegger over ratings for The Apprentice.

The turbulent character of the early days has looked little different from the insurgent campaign that propelled him to the Oval Office as he has escalated tensions with Mexico, flouted diplomatic norms with Australia, picked fights with members of his own party and signed a flurry of executive orders that have already reshaped perceptions of America on the global stage.

At the center of it all has been a cast of characters jockeying for Trumps ear, creating a struggle for power that has manifested in a mix of chaos, leaks and uncertainty.

The Trump White House already bears more resemblance to the court of a Renaissance king than to most prior administrations as favorites come and go, counselors quarrel over favor and policy decisions are often made by whim or without consultation.

Steve Bannon, the former Goldman Sachs rightwing ideologue, now chief strategist and counselor to the president has been virtually ever present in the Oval Office since inauguration day, bringing to the center of American politics the apocalyptic worldview that turned his Breitbart website into a magnet for conservatives who thrilled to its sensationalist headlines and vented their anger in its comments section.