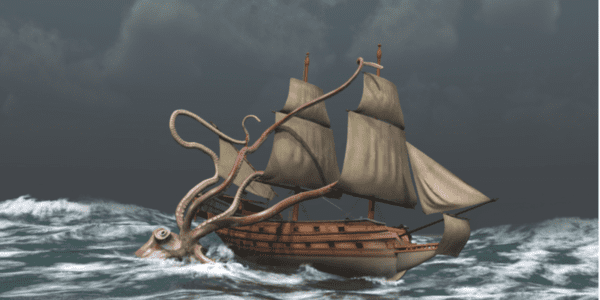 This blog post was authored by Hossein Jazi and Jérôme Segura.

On September 17th, we discovered a new attack called Kraken that injected its payload into the Windows Error Reporting (WER) service as a defense evasion mechanism.

That reporting service, WerFault.exe, is usually invoked when an error related to the operating system, Windows features, or applications happens. When victims see WerFault.exe running on their machine, they probably assume that some error happened, while in this case they have actually been targeted in an attack.

While this technique is not new, this campaign is likely the work of an APT group that had earlier used a phishing attack enticing victims with a worker’s compensation claim. The threat actors compromised a website to host its payload and then used the CactusTorch framework to perform a fileless attack followed by several anti-analysis techniques.

At the time of writing, we could not make a clear attribution to who is behind this attack, although some elements remind us of the Vietnamese APT32 group.

Malicious lure: ‘your right to compensation’

On September 17, we found a new attack starting from a zip file containing a malicious document most likely distributed through spear phishing attacks.

The document “Compensation manual.doc” pretends to include information about compensation rights for workers:

The file contains an image tag (“INCLDEPICTURE“) that connects to “yourrighttocompensation[.] com” and downloads an image that will be the document template.

Figure 2: Imagetag embedded within the document

This domain was registered on 2020-06-05 while the document creation time is 2020-06-12, which likely indicates that they are part of the same attack.

Inside, we see a malicious macro that uses a modified version of CactusTorch VBA module to execute its shellcode. CactusTorch is leveraging the DotNetToJscript technique to load a .Net compiled binary into memory and execute it from vbscript.

The following figure shows the macro content used by this threat actor. It has both AutoOpen and AutoClose functions. AutoOpen just shows an error message while AutoClose is the function that performs the main activity.

As you can see in Figure 4, a serialized object in hex format has been defined which contains a .Net payload that is being loaded into memory. Then, the macro defined an entry class with “Kraken.Kraken” as value. This value has two parts that have been separated with a dot: the name of the .Net Loader and its target class name.

In the next step, it creates a serialization BinaryFormatter object and uses the deseralize function of BinaryFormatter to deserialize the object. Finally, by calling DynamicInvoke the .Net payload will be loaded and executed from memory.

This DLL is a loader that injects an embedded shellcode into WerFault.exe. To be clear, this is not the first case of such a technique. It was observed before with the NetWire RAT and even the Cerber ransomware.

The loader has two main classes: “Kraken” and “Loader“.

The Kraken class contains the shellcode that will be injected into the target process defined in this class as “WerFault.exe“. It only has one function that calls the Load function of Loader class with shellcode and target process as parameters.

The Loader class is responsible for injecting shellcode into the target process by making Windows API calls.

These are the steps it uses to perform its process injection:

StartProcess function calls CreateProcess Windows API with 800000C as dwCreateFlags. FindEntry calls ZwQueryInformationProcess to locate the base address of the target process. CreateSection invokes the ZwCreateSection API to create a section within the target process. ZwMapViewOfSection is called to bind the section to the target process in order to copy the shellcode in by invoking CopyShellcode.MapAndStart finishes the process injection by calling WriteProcessMemory and ResumeThread.

Using HollowHunter we dumped the shell code injected into WerFault.exe for further analysis. This DLL performs its malicious activities in multiple threads to make its analysis harder.

This DLL is executed by calling the “DllEntryPoint” that invokes the “Main” function.

The main function calls DllMain which creates a thread to perform its functions in a new thread within the context of the same process.

The created thread at first performs some anti-analysis checks to make sure it’s not running in an analysis/sandbox environment or in a debugger.

It does this through the following actions:

1) Checks existence of a debugger by calling GetTickCount: GetTickCount is a timing function that is used to measure the time needed to execute some instruction sets. In this thread, it is being called two times before and after a Sleep instruction and then the difference is being calculated. If it is not equal to 2 the program exits, as it identifies it is being debugged.

3) IsProcessorFeaturePresent:  This API call has been used to determine whether the specified processor feature is supported or not. As you see from the below picture, “0x17” has been passed to this API as a parameter which means it checks __fastfail support before proceeding with immediate termination.

After performing all these anti-analysis checks, it goes into a function to create its final shellcode in a new thread. The import calls used in this part are obfuscated and resolved dynamically by invoking the “Resolve_Imports” function.

This function gets the address of “kernel32.dll” using LoadLibraryEx and then in a loop retrieves 12 imports.

Using the libpeconv library we are able to get the list of resolved API calls. Here is the list of imports, and we can expect it is going to perform some process injection.

After resolving the required API calls it creates a memory region using VirtualAlloc and then calls “DecryptContent_And_WriteToAllocatedMemory” to decrypt the content of the final shell code and write them into created memory.

In the next step, VirtualProtect is called to change the protection to the allocated memory to make it executable. Finally, CreateThread has been called to execute the final shellcode in a new thread.

The final shellcode is a set of instructions that make an HTTP request to a hard-coded domain to download a malicious payload and inject it into a process.

As first step it loads the Wininet API by calling LoadLibraryA:

Then it builds the list of function calls that are required to make the HTTP request which includes: InternetOpenA, InternetConnectA, InternetOpenRequestA and InternetSetOptionsExA.

After preparing the requirements for building HTTP request, it creates a HTTP request and sends it by calling HttpSendrequestExA. The requested URL is: http://www.asia-kotoba[.] net/favicon32.ico

If the return value of HTTPSendRequestExA is true, it means the request is successful and the code proceeds to the next step. In this step it calls VirtualAllocExA to allocate a memory region and then calls InternetReadFile to read the data and write it to the allocated memory.

At the end it jumps to the start of the allocated memory to execute it. This is highly likely to be another shellcode that is hosted on the compromised “asia-kotoba.net” site and planted as a fake favicon in there.

Since at the time of the report the target URL was down, we were not able to retrieve this shellcode for further analysis.

The work of an APT, but which one?

We do not have enough evidence to attribute this attack. However, we have found some loose connections to APT32 and are still investigating them:

APT32 is one of the actors that is known to use CactusTorch HTA to drop variants of the Denis Rat. However, since we were not able to get the final payload we cannot definitely attribute this attack to APT32. The domain used to host malicious archives and documents is registered in Ho chi minh city, Vietnam. APT32 has used strategic web compromises to target victims and is believed to be Vietnam-based.

Malwarebytes blocks access to the compromised site hosting the payload: