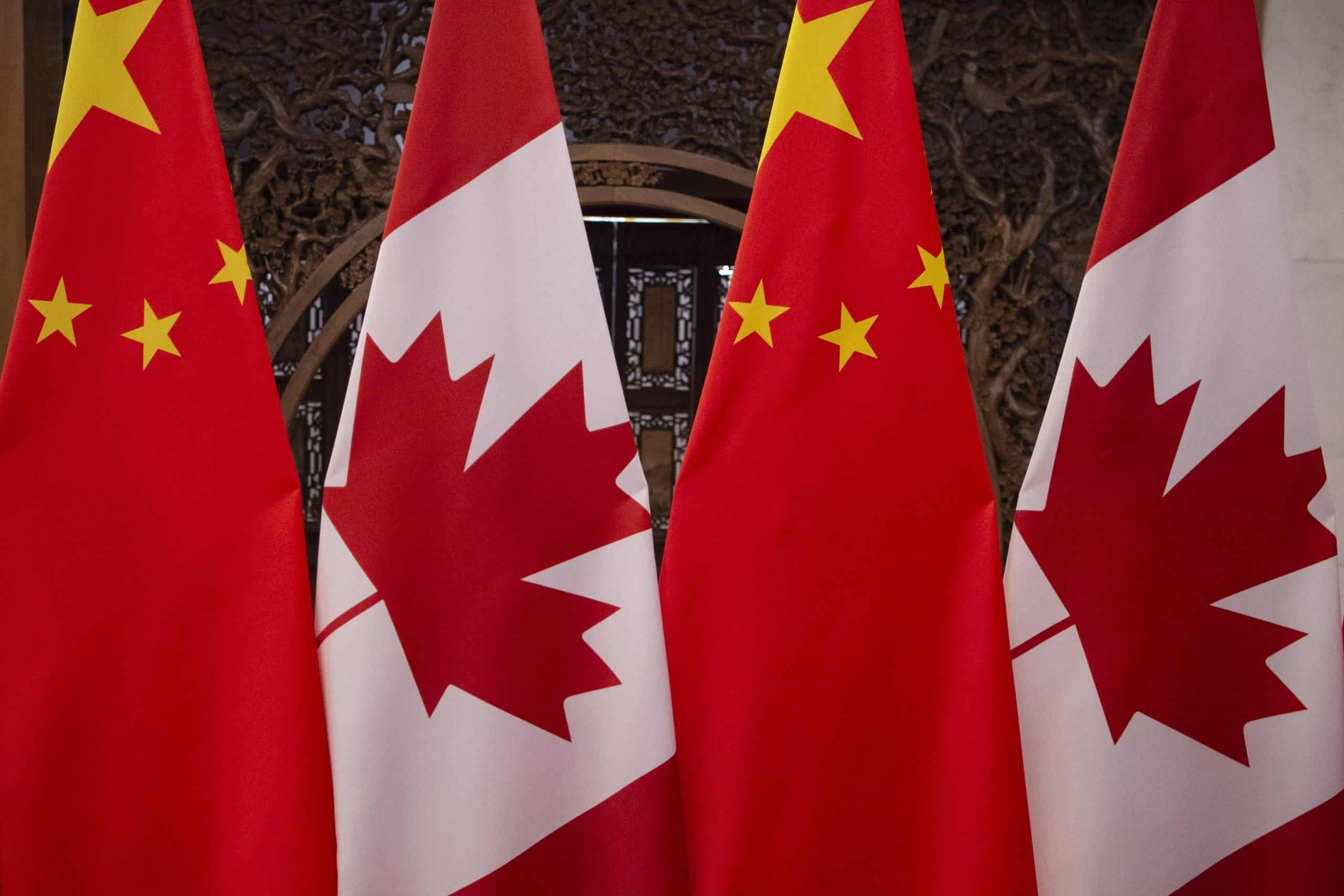 OTTAWA — The winner of the U.S. presidential vote could determine the future path of Canada’s testy diplomatic dispute with China — and, perhaps, the fates of Canadians caught in the middle.

The U.S. is a major player in Canada’s relationship with China and it will continue to “feature hugely and prominently” regardless of who’s in the White House, a senior Canadian government official told POLITICO.

A big question in Canada — even among insiders — is whether there will be a substantial change if Joe Biden wins the presidency.

While Biden will bring a different tone to international relations, the Canadian official said it’s unclear if it would lead to any actual policy changes that affect Canada. The official spoke on condition of anonymity because they were not authorized to discuss the matter publicly.

Middle-power Canada may prefer to wait for signs from the White House before it proceeds with key decisions within its Chinese policy, including whether to restrict Huawei gear from its 5G infrastructure and how to free two Canadians jailed in China.

Caught in the middle: The more-confrontational approach the U.S. has taken towards China in recent years has, in many ways, been unavoidable for Canada.

The Trump administration, the official said, has used very direct policies to try to impose its views of China on Canada and the rest of the world. For instance, the person said the U.S. basically made Canada’s engagements with China part of the updated NAFTA. 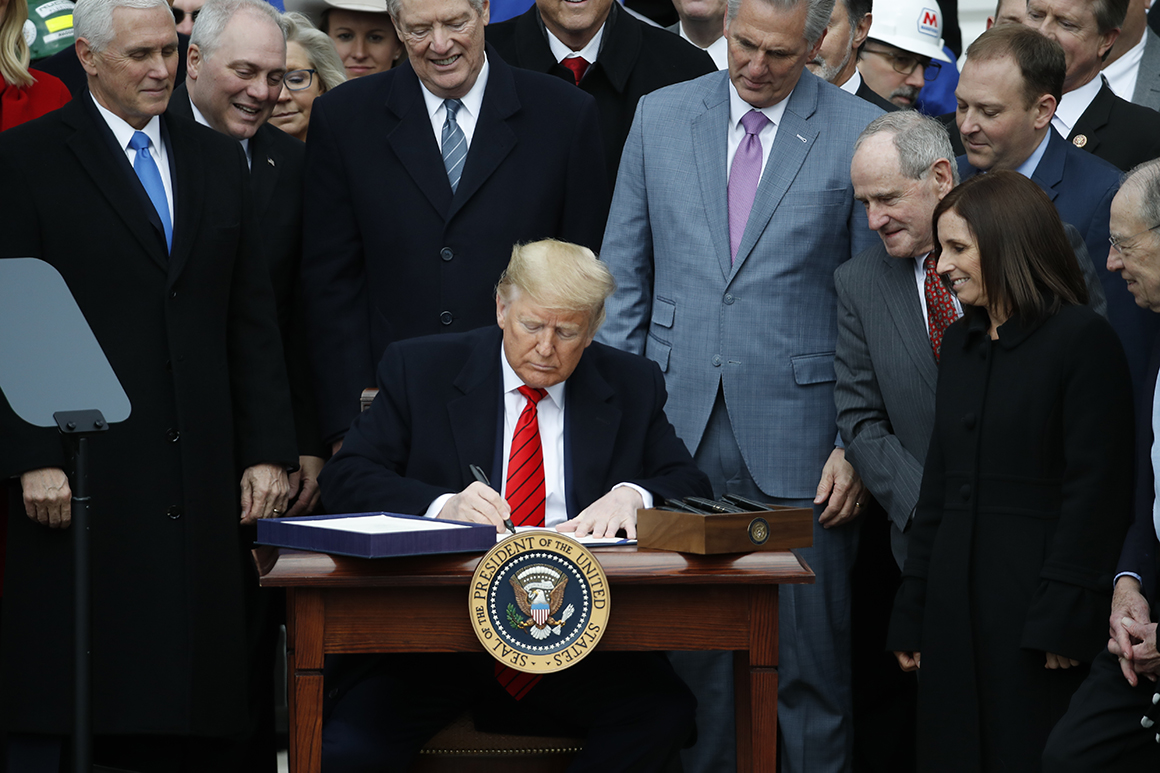 The renewed agreement, the USMCA, included a provision requiring any country in the pact to give notice to the other parties if it’s entering into trade talks with a nonmarket economy and, if that negotiation results in a deal, the partner can be kicked out. The Trudeau government has described the clause as essentially meaningless, as any country can already leave USMCA whenever it wants.

Ottawa is also under pressure from the U.S. government to ban Huawei equipment from its 5G infrastructure or risk being cut off from data collected by its partners on the

Eyes intelligence-sharing alliance. Huawei has denied U.S. charges it could be a pipeline for Chinese espionage.

The fates of Canadians in behind bars in China: The link between the U.S. and Sino-Canadian relations has become even more important since the arrest of Huawei chief financial officer Meng Wanzhou two years ago in Vancouver, the official said.

Canadian authorities arrested Meng in December 2018 on an extradition warrant from the U.S. on fraud charges connected to violating sanctions on Iran. Her arrest enraged Beijing, which says it was politically motivated.

In the days that followed, Canadians Michael Kovrig and Michael Spavor were rounded up in China and have since been charged with espionage — moves widely seen as retaliation for Meng’s arrest. A few weeks later, a Chinese court changed Canadian Robert Schellenberg’s 15-year prison term for drug smuggling to a death sentence.

The once-warming Canada-China relationship — which had begun exploratory free-trade talks — has deteriorated ever since.

Other key trouble spots: The countries have sparred in recent months over the Trudeau government’s criticisms over the mistreatment of Uighurs in western China, its public condemnation of the national security law imposed on Hong Kong and its acceptance of pro-democracy refugees from the region.

China has told Canada to stay out of its internal affairs when it comes to Hong Kong and the Uighur minority. On Huawei, a former Chinese ambassador to Ottawa has warned of “repercussions” if Canada were to exclude the telecom giant’s gear from its 5G network.

Canada, which launched a national security review two years ago of 5G, which includes Huawei, is the last member of the Five Eyes intelligence alliance to announce whether it will restrict the company’s equipment.

Where the U.S. election fits in: The insider, who declined to discuss too much about the China file because it’s so sensitive, argued the Trump administration has been incredibly helpful in applying pressure on Beijing for the release of Kovrig and Spavor. They acknowledged, however, that the men are still behind bars.

Canada, they added, will have to wait and see what would happen should Biden win the election.

On the world stage: Bob Rae, Canada’s ambassador to the United Nations, raised the issue at the UN last month.

During a recent interview with POLITICO, Rae was reluctant to say much when asked about the election’s impact on the issue. The former interim Liberal leader did say that Canada is thinking about the post-election landscape.

“Of course, we know there’s an election coming — and it would be very unprofessional of our government not to be reflecting on what are the consequences of either A or B,” Rae said when asked what kind of impact a Biden presidency could have on the fates of Kovrig and Spavor as well as on Meng’s extradition case.

"I don’t think it’s helpful to speculate on what the result might or might not be, except to say that we will work with whatever administration is chosen by the people of the United States in a free and democratic election.”

If he wins, Biden has pledged to convene a summit of the world’s democracies during his first year in office to “forge a common agenda to address threats to our common values.” Democrats and Republicans agree that a strengthening China poses a threat.

Roland Paris, who served as Trudeau’s foreign policy adviser until June 2016, said in an interview that Biden would likely offer a “steadier framework” for both the U.S. and allies, like Canada, to pull together to resist China’s more aggressive behavior.

Meng and the two Michaels: But even with a coordinated international approach led by the U.S., Paris said finding a way out for Kovrig and Spavor won’t be easy until the Meng extradition proceedings are completed, which could be months away or longer, unless she’s freed by another means.

“China’s overriding interest is to make an example of Canada and to try to dissuade any other countries from acting in ways that, from China’s perspective, threatens their interests,” said Paris, a professor at the University of Ottawa. “Canada should be seeking the support of a new Biden administration in securing the release of the two Michaels. I don’t expect the United States will suspend its extradition proceeding against Ms. Meng, but if it did then that would resolve the situation.”

On the lookout for solutions: Guy Saint-Jacques, Canada’s ambassador to China from 2012 to 2016, said the bilateral relationship is “at a low point” — and it could get worse. If Beijing comes to the conclusion that Meng will lose her court fight against extradition, he said China will proceed with the trials of Kovrig and Spavor.

But Saint-Jacques said there are other off ramps for Meng.

He said one possible solution is that a Biden administration drops the charges against Meng to perhaps pursue Huawei instead.

Another possibility is that Meng’s case is thrown out for abuse of process, which her lawyers argued last week in a Vancouver courtroom. Meng’s defence team made progress in its fight last week when a Canadian judge agreed to let her lawyers pursue their claim that the U.S. misled Canada about the basics of the case.

“I have called this the elegant solution,” Saint-Jacques said. “That would give us cover with the U.S.”

Multilateral solutions: The Trump administration, Saint-Jacques argued, has done little to help free Kovrig and Spavor. He said, for instance, Trump could have made their freedom a condition for signing the phase one trade deal with China.

“The only country that can really put pressure on China is the U.S.,” he said.

On Oct. 13, Canada marked the 50th anniversary of diplomatic ties with China with a statement that committed to reevaluate the relationship.

“The use of coercive diplomacy causes Canada to re-examine its approach, with a focus on multilateral cooperation,” Foreign Affairs Minister François-Philippe Champagne said. “As we build a new framework for relations with China, Canada will work with partners to hold the Chinese government accountable to its international obligations.”

What comes next: Paul Evans, a professor from the University of British Columbia, said the Trudeau government has likely been waiting until after the U.S. election to release its new framework for engagement with China.

Canada’s post-election approach to China will depend on who’s in the White House, he said.

“In general, the climate is still going to be strategic competition, but … I think a Biden administration would be more nuanced in what they do and not as polemical,” he said, referring to Trump’s approach to China.

Evans said the government has probably been waiting until after the election because Trump likely has a harder line on the issue than Biden. He predicted a Biden presidency could enable Canada to open its door a little wider to Huawei gear, while a Trump win would keep up the pressure for Ottawa to impose a ban.

Lauren Gardner contributed to this report.

PrevPreviousLines, lawsuits and Covid: 5 big questions confront election officials before voting ends
Next2020 Takeaways: What Did You Learn This Year?Next