Roberta McCain: A Military Matriarch With a Sense of Adventure 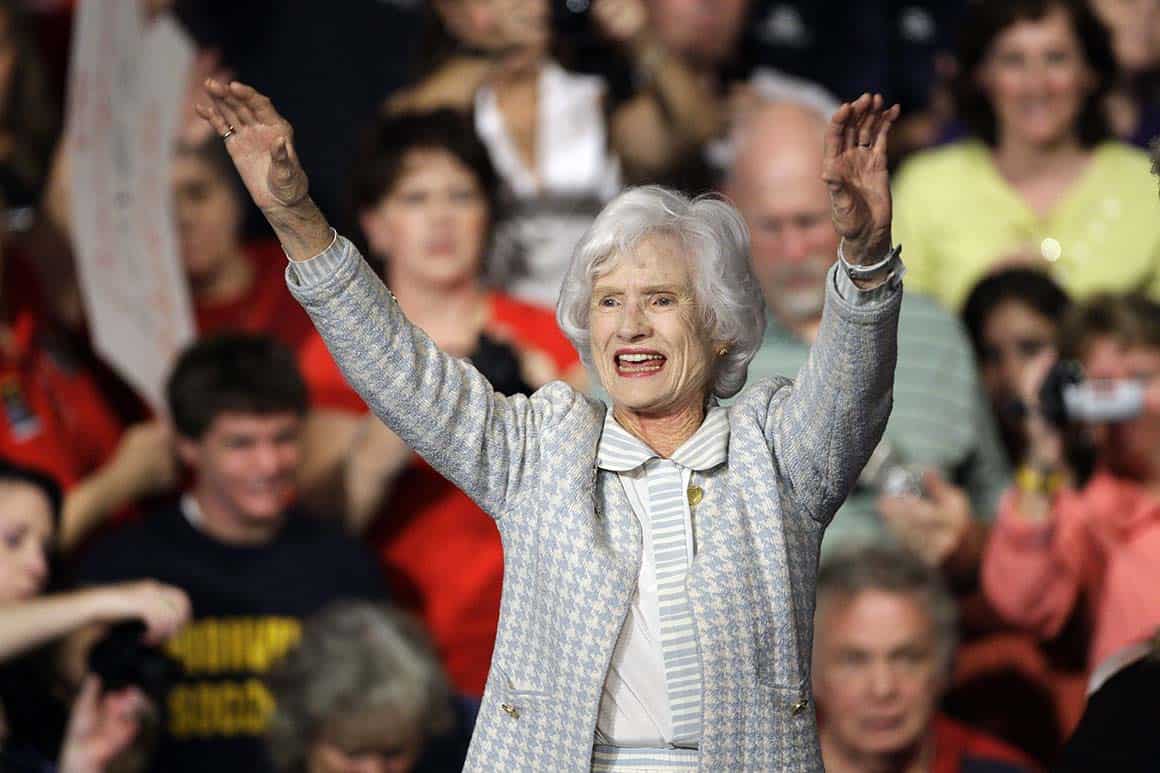 Born two months before the Titanic sank, she died 108 years later having outlived her husband, her beloved twin sister, Rowena, and two of her three children. But the life of Roberta Wright McCain, my mother-in-law, was characterized by much more than hard losses and longevity. Hers was the fullest life I’ve ever known, an adventurous, crowded, curious, exhilarating, resilient whirlwind of a life. One would assume such a great span of years would have included longer-than-average stretches of idleness and boredom. Not Roberta’s. She had lived a century before infirmity confined her to a wheelchair, always eager for new experiences, always learning, laughing and enchanting the company she kept.

Roberta was born on February 7, 1912, to Archibald and Myrtle Wright in Muskogee, Oklahoma, where Archie enjoyed a colorful reputation for gambling and bootlegging. He was purported to have won in a card game the tract of land where he would strike oil. After the bonanza, he moved the family to Los Angeles, and retired at the age of 40 to devote his time to the care, education and entertainment of his children. He escorted his daughters to dances and recitals, and led them on excursions around the country to visit various sites of natural and man-made wonders.

Roberta was 18 and a University of Southern California freshman when she met Ensign John S. McCain Jr. A shipmate was giving her a tour of their battleship, the USS Oklahoma, homeported at Long Beach. They passed her future husband’s quarters as he was preparing to shave. He had cheeks “like two little red apples,” she recalled. “Until then, I had never teamed up with any man.”

Roberta’s parents opposed the match, preferring a more genteel future for their daughter than the itinerant life of a naval officer’s wife. Less than two years later, they eloped to Tijuana. News of the marriage was reported on the front page of the Los Angeles Times. The only family member in attendance was the groom’s father, Captain John S. McCain Sr., who pronounced himself delighted by the match, as taken with his new daughter-in-law as she was with him.

Roberta embraced the peripatetic lot of a Navy spouse that Archie and Myrtle Wright worried wouldn’t suit her, making the best of the frequent dislocations and her husband’s long absences at sea. Her son, the future senator and my husband, recalled his parents’ early years in the smaller and more insular prewar Navy as “something out of the The Winds of War.” When the McCains were stationed at Pearl Harbor, he said, his parents dined in formal attire even when they were at home. At John Jr.’s insistence, the family lived on his Navy salary. Roberta recalled the romance and the deprivations of those years with the phrase, “We were too poor to paint and too proud to whitewash.”

It was Roberta who packed up and moved the family from base to base, diverting their cross-country trips to take in sites of cultural or natural significance, an informal education to which her son attributes his restless curiosity. “I am my mother’s son,” John often observed.

She endured the difficulties of the war years, especially the strain of knowing how harrowing was her husband’s duty as a submarine skipper, without complaint. Later in their marriage, she helped her husband through his struggle with alcoholism. Both of my husband’s parents bore his 5½-year captivity as a POW in Vietnam stoically, despite their private anguish. On the night they learned of his shootdown, they kept a dinner party commitment without mentioning the news to their hosts. When her husband was selected as commander in chief of U.S. forces in the Pacific, they made it known they preferred not to discuss their son’s situation with people outside the family. John credited his own extraordinary resilience during that time to his mother’s example.

John McCain Jr., by then an admiral, died suddenly of a heart attack in 1981, with Roberta by his side while aboard an Air Force C-5 returning from Europe. Roberta greeted her son and me, her new daughter-in-law, at Andrew’s AFB with the news—“John, your father is dead”—and then silently escorted us to the plane, where the admiral’s blanket-covered remains were waiting. On the day of his funeral days later, the day John left the Navy and we moved to Arizona, I could see the admiration in his eyes as he watched his mother at the reception, charming, uncomplaining, resolved to get on with life.

She was proud of her son’s second career as a statesman. Having acquired over the years many friendships with prominent politicians, she understood the demands of the profession. She teased John whenever she thought he was too full of himself. “Fools names and fool’s faces are often seen in public places,” she often chastised him for his media appearances. She campaigned enthusiastically for him in his two presidential bids, charming voters, staff, reporters and even his rivals as easily as she charmed her children, grandchildren and in-laws.

She remained an inveterate world traveler until her stroke. She and Rowena worried their family with frequent excursions to countries where their safety couldn’t be assured, although their intrepidness more often amused John. No one ever amused him more consistently than Roberta, in fact. He loved recalling how a rental car agency in Paris refused to rent her a car because she was too old. So, she bought her own car to keep in Europe. Some years later, she had it shipped to the States, and drove it alone cross-country to Los Angeles one Christmas. A state trooper pulled her over outside Flagstaff having clocked her doing 110 mph.

She bore her son’s death, in 2018, and her daughter’s, a year later, with the same dignified bearing she always managed when suffering personal losses. She offered comfort to her grandchildren, and shed discreet tears of her own. I have so many happier memories of Roberta, and it cheers my heart to think of her now, reunited with John in their mutual admiration society, laughing at each other’s antics and expressing their amazement at the wonder of it all.