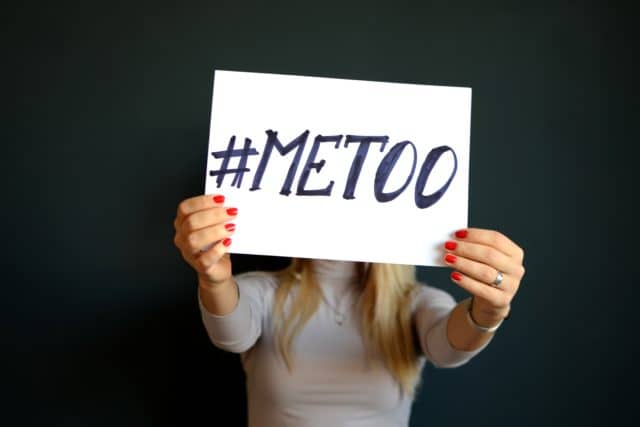 WASHINGTON — Women who do not fit female stereotypes are less likely to be seen as victims of sexual harassment, and if they claim they were harassed, they are less likely to be believed, according to research published by the American Psychological Association.“Sexual harassment is pervasive and causes significant harm, yet far too many women cannot access fairness, justice and legal protection, leaving them susceptible to further victimization and harm within the legal system,” said Cheryl Kaiser, PhD, of the University of Washington and a co-author of the study published in the Journal of Personality and Social Psychology. “Our research found that a claim was deemed less credible and sexual harassment was perceived to be less psychologically harmful when it targeted a victim who was less attractive or did not act according to the stereotype of a typical woman.”Sexual harassment is a widespread social problem with a broad range of harmful consequences, including decreased engagement with and performance in work and school, worse mental and physical health, and increased economic instability, according to Kaiser. “Perceiving sexual harassment involves noticing a behavior that might qualify as harassment and linking that behavior to gender-based group membership,” said co-author Bryn Bandt-Law, a doctoral student at the University of Washington. “We wanted to understand what happens when the victim does not look or act like a stereotypical member of that gender-based group.”

In Western societies, stereotypical women tend to be perceived as attractive, thin, relatively young and dressing in a feminine way. Stereotypically feminine hobbies include shopping, yoga or watching romantic movies, rather than stereotypically masculine hobbies such as fishing, contact sports or watching violent action movies. The researchers conducted a series of 11 multi-method experiments, involving more than 4,000 total participants, designed to investigate the effect a victim’s fit to the concept of a typical woman had on participants’ view of sexual harassment and the consequences of that mental association. In five of the experiments, participants read scenarios in which women either did or did not experience sexual harassment. Participants then assessed the extent to which these women fit with the idealized image of women, either by drawing what they thought the woman might look like or selecting from a series of photos. Across all the experiments, participants perceived the targets of sexual harassment as more stereotypical than those who did not experience harassment.In the next four experiments, participants were shown ambiguous sexual harassment scenarios, such as a boss inquiring about a woman’s dating life. These scenarios were paired with descriptions or photos of women who were either stereotypical or not. The participants then rated the likelihood that the incident constituted sexual harassment. “We found that participants were less likely to label these ambiguous scenarios as sexual harassment when the targets were non-stereotypical women compared with stereotypical women, despite the fact that both stereotypical and non-stereotypical targets experienced the same incident,” said Jin Goh, PhD, of Colby College and another author of the study.The final two experiments found that sexual harassment claims were viewed as less credible and the harassment less likely to be recognized as psychologically harmful when the accuser adhered less to the female stereotype, even though the claims were identical.“Our findings demonstrate that non-stereotypical women who are sexually harassed may be vulnerable to unjust and discriminatory treatment when they seek legal recourse,” said Bandt-Law. “If women’s nonconformity to feminine stereotypes biases perceptions of their credibility and harm caused by harassment, as our results suggest, it could prevent non-stereotypical women who are sexually harassed from receiving the civil rights protections afforded to them by law.”  Article: “Narrow Prototypes and Neglected Victims: Understanding Perceptions of Sexual Harassment,” by Jin Goh, PhD, Colby College: Bryn Bandt-Law, BA, and Cheryl Kaiser, PhD, University of Washington; and Nathan Cheek, MA, and Stacey Sinclair, PhD, Princeton University. Journal of Personality and Social Psychology, published online Jan. 14, 2021.

Full text of the article is available online at https://www.apa.org/pubs/journals/releases/psp-pspi0000260.pdf.