The Four F’s of Moving Forward in Challenging Times 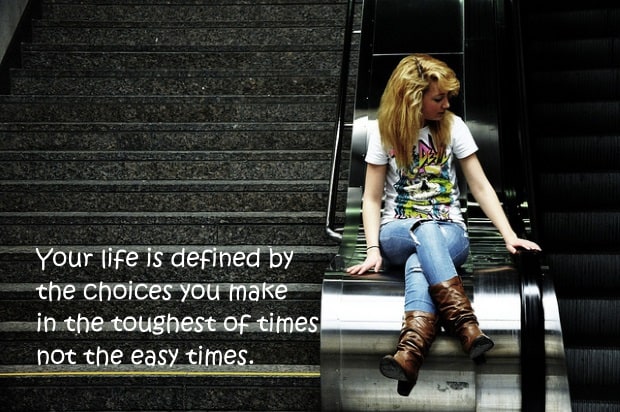 As the US turns a page and looks toward a fresh start for the future, many of us wonder, “How can we put the bitterness that has accumulated over the past four years behind us to move forward together as a nation?”

A co-author and I just published a book that may suggest some answers from a surprising source—the people of Vietnam. I’ve worked with Dau Thuy Ha, co-founder of OMT, one of Vietnam’s most renowned consulting firms, for nearly 25 years. During that time, I’ve watched and marveled at how the people of Vietnam have dealt with unspeakable hardships. Our book profiles some of the people who experienced very difficult times and the resilience that kept them from giving up.

The country has been ravaged by hundreds of years of war, including with the United States. Its people were divided for years, and suffered poverty, hunger, animosity and the forced separation of families.

But as we found in researching our book, The Bridge Generation of Vietnam, the Vietnamese have a remarkable approach to dealing with, overcoming, and moving forward from misfortune. Their attitude has allowed the country, since the 1990s, to emerge as a vibrant, prosperous nation where many people are global citizens with houses, cars and children who study abroad and speak fluent English.

We think the Vietnamese have done this by adopting a mindset of what they call “The Four F’s:”

After years of war, the Vietnamese hold fast to the idea that they will never forget those who died, were injured or became Missing in Action. Some three million Vietnamese people died, just during the war with America, and over 300,000 remain MIA.  They remember by visiting the graves of those “martyrs,” and honoring them on certain days every year.

When I talk to Vietnamese who lost family members in wars, many say they realized later that the enemy soldiers, who they wish to forgive, were “just like us,” sons and daughters, brothers and sisters, fathers and mothers. As one person whose father never returned from fighting said, “In war, no one wins.” Make friends with our enemies.

Americans are often shocked when they visit Vietnam and experience warm welcomes. I remind them that the Vietnamese won the war and now see benefits to working with Americans, especially in education and business. As the Vietnamese would say, why not be friends?

Look to the future.

Finally, Vietnamese, like Americans, are optimistic and want to build a better life for their families. That meant learning many new ways to survive and thrive. They respect the past because it defined them so much but they relish building a future that is good for them and for their partners.

This recipe for choosing to focus on what matters—peace, forgiveness and the future—without seeking to erase history has helped Vietnam and its people to overcome adversity and thrive.

As a mantra, it can help us as individuals and perhaps as a country as we move forward. If we use resilience and reinvention, with a sprinkle of grace, we may have an even better future. Dr. Nancy K. Napier is a Distinguished Professor Emerita and former Director of the Centre for Creativity and Innovation at Boise State University’s College of Business and Economics. In 2017 she received Vietnam’s Friendship Medal for her contribution to building bridges between the countries.

The author of numerous books including Wise Beyond Your Field: How Creative Leaders Out Innovate to Out Perform,  Dr. Napier also blogs for PsychologyToday.com and writes a frequent column for the Idaho Statesman. She was co-host and co-creator of Idaho Business Matters, a weekday NPR radio show. She earned her doctorate from the Ohio State University, and lives in Boise, Idaho. Dau Thuy Ha is co-founder of OMT, one of Vietnam’s most renowned consulting firms. A top Vietnamese businesswoman, she serves on the Advisory Board of CFC Vietnam, an NGO that promotes children’s right to education. Dau received a B.A. in linguistics from the Crimean Federal University, and an MBA from Boise State University.   She lives in Hanoi.