Navigating Your Life as an Empath 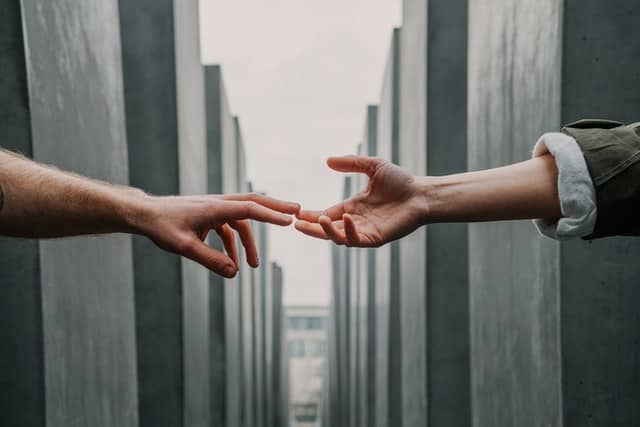 The ability to feel empathy is a gift. It allows us to understand and share the emotions of other people, pushing us outside of our own narrow views of the world. Empathy is the root of friendship, trust, collaboration … even love. It’s a feeling of connection that we all know and share.

But being an “empath” is something quite different.

Empaths take the experience of empathy to a whole new level. They are highly attuned to the energy and emotions that swirl around them; energy that may flow from individuals, groups, physical spaces, sometimes even animals or objects. This may sound like a kind of superpower, and in a way, it is! The ability to sense ambient energies and strong feelings allows empaths to gain deep understanding of complex situations that may escape non-empaths. But many empaths are so attuned, that they can become overwhelmed by the energies that flow into them every day … and without their consent.

As you might imagine, most empaths are women. Because of the social roles assigned to women, we tend to be caring individuals who are always eager to help others. We are also naturally intuitive. And that ability can be amplified to the point that we become full-fledged empaths. Again, this can be a blessing since it allows us to understand and support others. But it can also be a curse. Here are three challenges that women consistently face in life as an empath:

Empaths feel everything very strongly and care deeply. Which means they may gravitate toward people who are lost, hurt, broken, or in need. Women empaths have a tendency to get entangled in other people’s emotions. They feel a sense of responsibility toward the people whose emotions they share. This means they may try to “fix” someone’s confusion or pain on their own, rather than working together with that person to address the issues. Since this means that women empaths put all of the focus on others, they attract people who want to be in the spotlight at all times. Plenty of empaths end up in relationships with narcissists and egomaniacs.

Women empaths confuse others’ feelings with their own

Since empaths absorb other people’s emotions, thoughts, and needs, they may struggle to sort out which of those feelings actually belong to them. I think of it this way: Empaths are not aligned with their own energy system and are tilted outside their body by the desires and sentiments of others. Since they struggle to stand strong in their own power, they can’t commit 100% to anything, especially long-term personal goals. And since they may become confused about whose feelings they’re feeling, they may seem aimless or flighty to outside observers. Women empaths must learn how to recognize and control their own emotions, rather than just reflecting the energies they naturally absorb.

Women empaths can be mistreated at work

In business settings, women empaths end up bearing heavy emotional burdens. Many workplaces are run in ways that suppress feelings … but those feelings inevitably surface over time. Empaths feel them when they’re simmering beneath the surface AND when they boil over. So they spend a lot of their time trying to calm people down, repair collegial relationships, and put out fires. This leads to them feeling controlled by the thought patterns and emotions of their coworkers, making it even harder for them to understand who they are as individuals.

My own work is designed to support empaths and others who are spiritually vulnerable, teaching them that the true path to power only opens up when they operate from a state of complete sovereignty and personal mastery over their energy. I help women who have been energetically abused break free from limiting belief systems, and empower them to heal and rise above their past challenges. No more giving away power. No more feeding psychic predators. And no more believing that they’re small and helpless.

Being a woman and an empath is an exhausting combination. But with mindset and energetic shifts it can be less so. I’ve helped thousands of women empaths accept that they are in charge of their reality, their energy, and their spiritual field. If you are an empath, I am 100% certain that you have w the power to control and create your own reality. You are a sovereign being! And you deserve the highest level of support to learn how to use this power to experience true freedom.

This guest post was authored by Eleonor Amora Marklund

Eleonor is esteemed internationally as the forefront coach for spiritual warriors known as Indigos. Renowned for her groundbreaking work in esotericism, Eleonor is an Amazon Best-Selling Author who has published over ten bestsellers. Her entrepreneurial success and dedication to help others earned a 2020 Brainz Global Award.

You can connect with her on Facebook. Her published works can be found on Amazon.

From the Editor Linda Allen. – Check out these related articles on Ms Career Girl about being an empath and narcissism. If you suspect you are a victim of a narcissist, please reach out for help. Your life and future may depend on it.

The post Navigating Your Life as an Empath appeared first on Ms. Career Girl.