Stepping Back to Move Forward: Why Taking Thoughtful Breaks & Pauses Can Lead Us Further in Our Careers 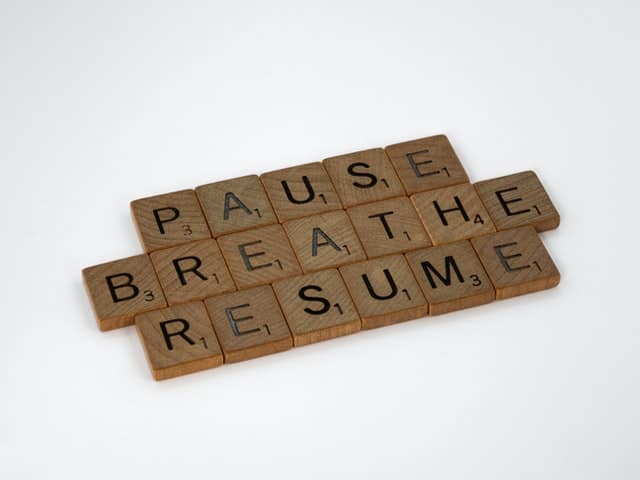 One of the greatest ironies of professional life is that skills such as functional expertise and hard work can help us get ahead in our early professional life, but can also trap us into a career plateau. Leadership roles require frequently taking a step back, reassessing the situation and then moving forward with a strategic plan. The more complex our work becomes, the more taking thoughtful breaks and pauses become critical to ensuring sustained future growth.

Leaning In Vs. Letting Go

When I was first promoted to a manager role with people reporting into me, it was in recognition of my skills as a product manager. I had been great at understanding what my customers, ecommerce merchants at the time, needed while keeping an eye on what was good for the larger business. I developed that knowledge by leaning in and spending a lot of time with merchants and observing their processes and practices.

When I was promoted, my scope of responsibilities broadened, and I didn’t have much time to spend with the merchants anymore. I remember feeling concerned that I was losing touch with the ground reality and making decisions with second-hand information that I was getting from my new direct reports. I realized that my job had become about coaching people reporting to me into taking over my old functional role and developing trust in both directions so we could perform with excellence as a team. So I spent the time to develop that trust and communication, and it went well enough that I was promoted to Director less than a year after the first promotion.

In looking back, challenging as it was, I had to learn to find the balance between leaning in and letting go. Finding that balance required stepping back every now and then to reflect on the situation and moving forward with a new or modified plan.

What Worked There Won’t Work Here

Apart from growing vertically in a role, sometimes changing careers can also bring us face to face with the need to step back and reflect. In my book “IN/ACTION: Rethinking the Path to Results”, I share the story of Mahesh Kothurkar who progressed up the ranks of the Indian Navy by becoming a hands-on leader. His sailors loved his style; he was often below deck, especially when dealing with a crisis, instead of calling orders from above deck as most officers did.

Upon retiring from the Navy as Commander, he joined a large corporation as a senior leader. Here, his hands-on style became an impediment. He was coached by his manager that he needed to delegate more often. Kothurkar reflected on this feedback and decided to make a few changes. He started to become more thoughtful in making decisions and giving himself time to think instead of jumping into action. He also quit the habit of responding to emails immediately in the name of being responsive.

Contrary to the idea of working long hours to be successful, visionary leaders such as Jeff Bezos are known to spend a few hours a day ‘puttering around’ or giving himself time to reflect and think. Arianna Huffington has taken on a mandate to raise awareness of the importance of giving our bodies and mind a break. She had a wake-up call due to an accident caused by exhaustion from her 18 hour workdays. It is interesting to note that her own career has grown by leaps and bounds after she embraced the idea of giving her body and mind rest.

When we take a break for reflective thinking, we give our brains time and space to process all the information we have been gathering and connect the dots to come up with brilliant and creative ideas. Neuroscience research shows that the parts of the brain that light up when we stop focusing on something are designed to produce creative ideas. When our senses are focused, even if it’s during mindless binge watching a show or light reading, these parts of the brain become inactive.

When we use the same tactics of working long hours over and over, the results we get are, at best, incremental. Taking a thoughtful pause, whether a few hours (or longer as we shall see next) can help us make significant leaps forward, driving nonlinear growth.

The Risks Of Taking Action In A Hurry

A few months ago, a woman I have been mentoring for years called me in deep frustration. She was a partner level executive in an agency and felt unrecognized, under-compensated and overworked. As a millennial Mom to two young children, the pandemic had left her exhausted. She felt that her job, with its toxic work culture was not worth the price she was paying, and was about to quit. She wanted to go with the flow and see what life brought next.

While I understood the struggles she was facing, I also felt her decision to quit was not a well thought out one. I encouraged her to transparently share her experience with her leadership. Since she was planning to quit anyway, this extra step wouldn’t cost her much. After she did that, her leadership asked her to instead take a two-week vacation while they considered options to make things better for her. After her return from the break, she decided to stay on and change the client she had been working with, which was the source of the toxic behavior.

Fast forward a few months later, she quit to join another company, accepting a job offer with much higher compensation with a former manager. Having worked with this person before, my mentee knew they were aligned on values, culture and work ethic. The value of a time out

Even though she finally went down the route of quitting; by taking a two-week break and then staying on, she gave herself time to figure out what she really wanted to do. She found a company and a team which matches her value system. Since she had been transparent with her former employer, she left on excellent terms, with an invitation to return if she wanted to, an offer which is rare in her industry.

While we are used to glorifying action and taking a leap in the name of being brave, maybe it’s time to look into the alternative approach and not pay the price of false bravado. Thoughtful inaction and pauses can lead us to far greater results than chasing action without the associated burnout and fatigue.

This essay is derived from my book “IN/ACTION: Rethinking the Path to Results”, soon to be available to buy online and in select bookstores. You can read more about me here and more about the book here. Jinny is no stranger to driving contrary and innovative thinking. Uppal’s 20+ years of experience driving transformational growth by challenging existing norms in business is key to her success working with Fortune 500 telecom, e-commerce and retail companies.

As a business and tech growth strategist, board advisor and thought leader, she continues to pave innovative paths to progress and success. Most recently, she was Vice President of Strategy at a $12B North American retailer. Uppal grew up in Mumbai and is a graduate of Florida International University and Harvard Business School. She has been a practitioner of Vedic and Buddhist meditation and breathwork since 2008. Her other interests include hiking and horseback riding.

The post Stepping Back to Move Forward: Why Taking Thoughtful Breaks & Pauses Can Lead Us Further in Our Careers appeared first on Ms. Career Girl.