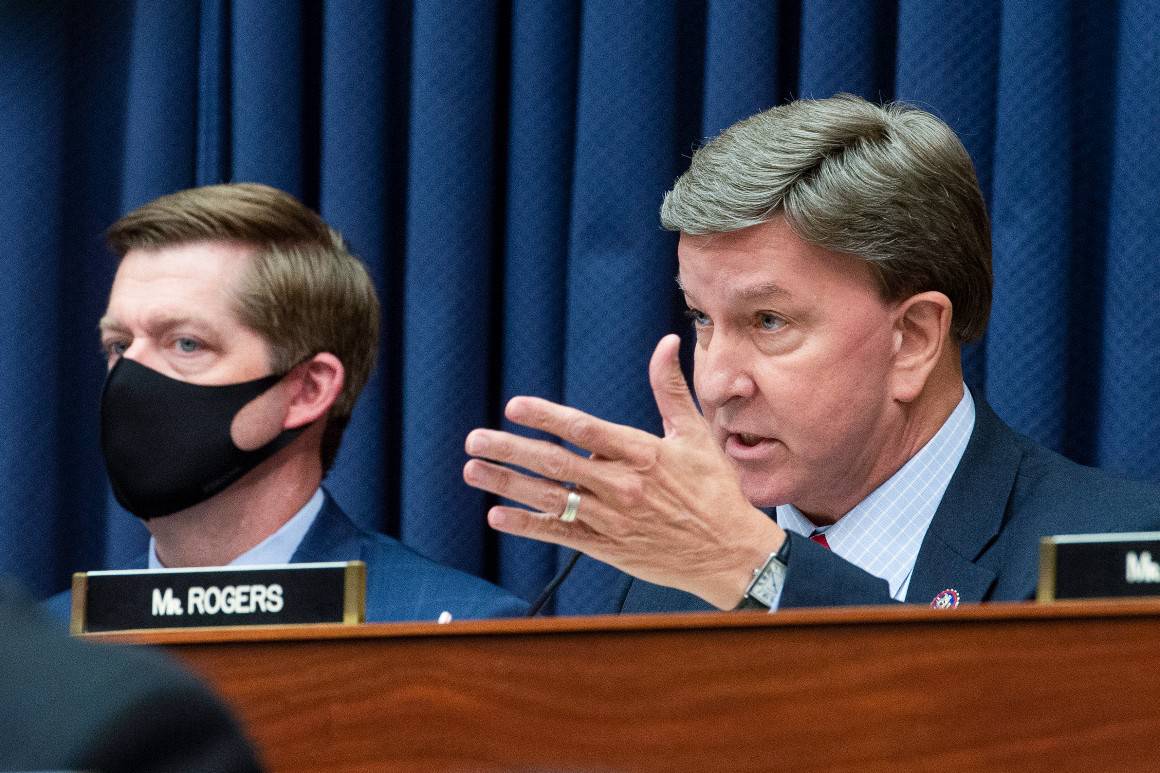 The House passed a compromise $768 billion defense policy bill on Tuesday, endorsing a major increase to President Joe Biden’s Pentagon budget after weeks of scrambling by top lawmakers to forge a deal on the legislation.

The final National Defense Authorization Act now heads to the Senate, which could pass the measure as soon as this week and send it to the White House for Biden’s signature.

Lawmakers approved the legislation 363-70, which saw 169 Democrats join 194 Republicans in a blowout vote.

The process of clinching a defense deal was a bumpy one. Leaders of the House Armed Services Committee scrambled to finalize the more than 2,000-page bill after efforts to pass the legislation stalled last week in the Senate in a partisan stalemate over amendment votes. With the normal legislative process short-circuited, committee leaders negotiated a compromise bill that was only unveiled Tuesday afternoon.

On the House floor ahead of the vote, lawmakers in both parties touted the legislation as a step forward in shifting the military toward a focus on China and Russia by helping the Pentagon shed aging weapons and invest in new technologies.

The top Republican on the House Armed Services Committee, Rep. Mike Rogers of Alabama, praised the bipartisan push to add $25 billion to the bill’s price tag, a move he argued would stave off "irresponsible cuts to procurement and readiness."

"Providing the authorities and resources our service members need to defend our nation and defeat our adversaries is the greatest responsibility we have here in Congress," Rogers said. "We accomplish that responsibility with the bill before us today."

The approval came despite opposition from some Democrats over the budget increase as well as several major policy provisions being dropped in negotiations even as Democrats control the House, Senate and White House.

In the end, more Republicans backed the bill than Democrats. After winning a $25 billion increase in the bill’s price tag and forcing several Democratic provisions out of the final bill, GOP lawmakers had a lot to like about the defense deal.

In a stunning reversal, negotiators dropped provisions that would require women to register for a military draft despite both House and Senate bills including the reform with bipartisan majorities. Provisions that are included in both chambers’ bill are typically certain to pass.

In the run up to the vote, members of the Congressional Black Caucus also expressed dissatisfaction that the bill’s reforms to the military justice system don’t go far enough to address racial disparities in the application of military law and extremism in the ranks.

Rep. Anthony Brown (D-Md.), a House Armed Services member, said he would oppose the final bill because it doesn’t adequately address racial bias in the justice system or extremism, calling the bill an "unconscionable failure" by Democrats. Brown’s provision to establish a Pentagon office of countering extremism was left out of the final bill.

"Supporting our troops does not require us to pass the NDAA simply because it includes important provisions such as an annual pay raise, it must also protect the Black men and women who are disproportionately the target of extremism and a biased military justice system," Brown said in a statement.

House Armed Service Chair Adam Smith (D-Wash.), meanwhile, conceded not every lawmaker got their way in negotiations, but urged lawmakers to vote based on the provisions included in the bill.

"Those of you who didn’t get what you wanted out of this, please look at what is in the bill and how important it is," Smith said.

In all, the bill would authorize $768 billion for national defense programs. Of that, $740 billion would go toward the Pentagon, a $25 billion increase from Biden’s request.

Republicans and Democrats in both the House and Senate had backed a higher Pentagon topline, arguing more defense spending is needed to match threats posed by China and Russia while keeping up with inflation.

But the bill only authorizes funding, and doesn’t actually provide the military with any cash. Lawmakers will need to enact a full-year Pentagon appropriations measure to make the budget boost a reality.

The bill also contains provisions to overhaul the military justice system aimed at combating sexual assault in the ranks, including the addition of special prosecutors outside the military chain of command to handle the prosecution of sex crimes, as well as kidnapping, murder and manslaughter.

Though advocates, led by Rep. Jackie Speier (D-Calif.), praised the overhaul as a watershed victory in the fight against sexual assault in the ranks, the agreement doesn’t remove the prosecution of all felonies from the chain of command. The change was spearheaded by Kirsten Gillibrand (D-N.Y.), who secured the provision in the Senate bill and argued the final bill "gutted" her proposal.

The deal also blocks states from using private funding for National Guard deployments to other states, aside from natural disaster response. The change comes after South Dakota Gov. Kristi Noem accepted a private donation to fund a deployment of Guard troops to the U.S.-Mexico border in Texas this year.

The bill also authorizes funding for a variety of Pentagon programs and weapons systems.

Lawmakers approved a $2 billion boost to the Biden administration’s request for the Pacific Deterrence Initiative, increasing the program meant to beef up U.S. posture in the region and deter China to $7.1 billion.

The final bill approves a shipbuilding budget that would buy 13 new Navy ships, five more than the Pentagon requested.

PrevPreviousGoogle Maps Location History: 5 Useful Things You Can Do With It
NextTransform Your Trauma instead of Transferring ItNext