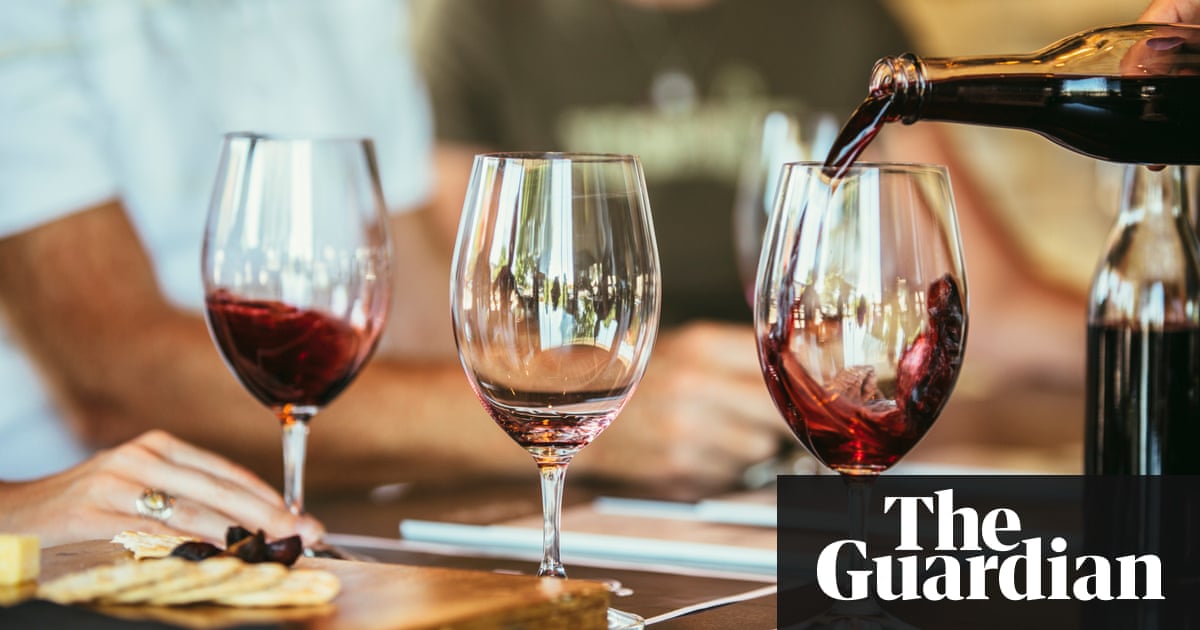 Drinking is as harmful as smoking, and more than five drinks a week lowers life expectancy, say researchers

Drinking will shorten your life, according to a study that suggests every glass of wine or pint of beer over the daily recommended limit will cut half an hour from the expected lifespan of a 40-year-old.

Those who think a glass of red wine every evening will help keep the heart healthy will be dismayed. The paper, published in the Lancet medical journal, says five standard 175ml glasses of wine or five pints a week is the upper safe limit about 100g of alcohol, or 12.5 units in total. More than that raises the risk of stroke, fatal aneurysm (a ruptured artery in the chest), heart failure and death.

The risks for a 40-year-old of drinking over the recommended daily limit were comparable to smoking, said one leading scientist. Above two units a day, the death rates steadily climb, said David Spiegelhalter, Winton professor for the public understanding of risk at the University of Cambridge.

The paper estimates a 40-year-old drinking four units a day above the guidelines [the equivalent of drinking three glasses of wine in a night] has roughly two years lower life expectancy, which is around a 20th of their remaining life. This works out at about an hour per day. So its as if each unit above guidelines is taking, on average, about 15 minutes of life, about the same as a cigarette.

Of course, its up to individuals whether they think this is worthwhile.

There is still a small benefit to drinking, which has been much flagged in the past. It does reduce the chance of a non-fatal heart attack. But, said Dr Angela Wood, from the University of Cambridge, lead author of the study, this must be balanced against the higher risk associated with other serious and potentially fatal cardiovascular diseases.

The big international study supports the new UK recommended limits of a maximum of 14 units a week for both men and women, which were fiercely contested when introduced by Englands chief medical officer, Dame Sally Davies, in 2016. Other countries with higher limits should reduce them, it suggests. They include Italy, Portugal and Spain as well as the US, where for men the recommended limit is almost double.

A 40-year-old who drank up to twice that amount (100 to 200g) cut their life expectancy by six months. Between 200g and 350g a week, they lost one to two years of life, and those who drank more than 350g a week shortened their lives by four to five years.

Tim Chico, professor of cardiovascular medicine at the University of Sheffield, said smokers lost on average 10 years of life. However, we think from previous evidence that it is likely that people drinking a lot more than 43 units are likely to lose even more life expectancy, and I would not be surprised if the heaviest drinkers lost as many years of life as a smoker.

This study makes clear that on balance there are no health benefits from drinking alcohol, which is usually the case when things sound too good to be true.

Spiegelhalter said it was a massive and very impressive study. It estimates that, compared to those who only drink a little, people who drink at the current UK guidelines suffer no overall harm in terms of death rates, and have 20% fewer heart attacks.

Prof Jeremy Pearson, associate medical director at the British Heart Foundation, which part-funded the study, called it a serious wakeup call for many countries.

Dr Tony Rao, visiting lecturer in old age psychiatry at Kings College London, said the study highlights the need to reduce alcohol related harm in baby boomers, an age group currently at highest risk of rising alcohol misuse. It did not take into account the possibility of mental disorders such as dementia, which could accompany the other health problems drinkers incur.

In a commentary in the Lancet, Profs Jason Connor and Wayne Hall from the University of Queensland Centre for Youth Substance Abuse Research in Australia, anticipated that the suggestion of lowering recommended drinking limits will come up against opposition.

The drinking levels recommended in this study will no doubt be described as implausible and impracticable by the alcohol industry and other opponents of public health warnings on alcohol. Nonetheless, the findings ought to be widely disseminated and they should provoke informed public and professional debate.

The headline on this article was amended on 13 April 2018 to clarify that the extra glass of wine applies on a daily basis.