SXSW gets political: All eyes on Trump

Austin, Texas (CNN)President Donald Trump’s name is on everyone’s lips at the 2017 SXSW festival, with performers, experts, advocates and festival-goers weighing in on the 45th president.

While it is not overtly partisan, SXSW has historically drawn a generally progressive group of musicians, artists, writers, experts, filmmakers and activists, including Trump’s latest entertainer foe rapper Snoop Dogg, who performed Wednesday night and is set to join artists to advocate for criminal justice reform in a panel Saturday.

“It’s hard to take your eye off of the Trump train. I think the conference organizers recognize that this year, more than any other year, the conversation will sway toward the political, despite what they would like to happen,” Austin Chronicle reporter Chase Hoffberger, who covered SXSW in the past, told CNN.
“(SXSW) is not designed to be a liberal thing, but the messaging is often liberal,” Hoffberger added. “Mostly because the industries that are involved are de facto liberal industries.”

Controversy over Trump’s new ravel ban rocked the festival even before it began, prompting SXSW organizers to release a statement opposing the executive order, which bans nationals of several Muslim-majority countries from entering the US, as well as temporarily restricting refugee entry.
“With the announcement of President Trump’s latest travel ban, SXSW would like to reaffirm its public opposition to these executive orders and provide ongoing support to the artists traveling from foreign countries to our event,” festival organizers said in a March 7 statement.

When Trump tries 2 ban you but you get invited to @sxsw Come see us in Austin on March 17th 10pm @ PALM DOOR #Musicunites#Contrabannedpic.twitter.com/MHxn7L5neT

The festival then announced a special March 17 showcase featuring “performances by artists from the diaspora of the nations (affected) by the White House’s travel ban.”
“When Trump tries 2 ban you but you get invited to @sxsw,” Faarrow, a band made up of two Somali-Canadian sisters, tweeted last week.
The White House did not respond to several requests for comment on this story. 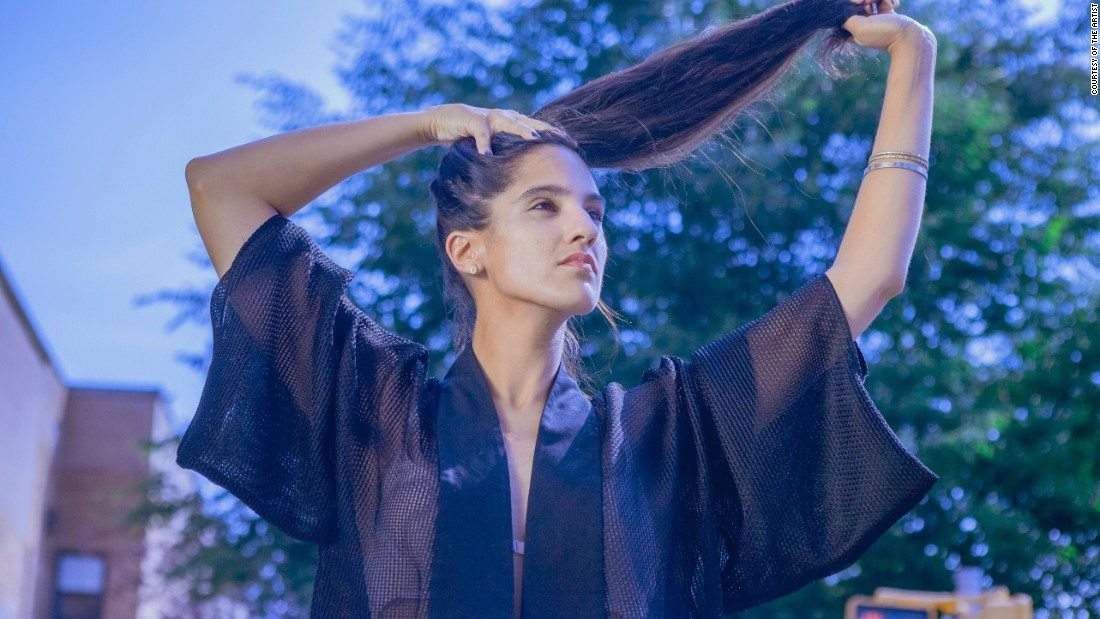 Controversy over Trump’s executive order resurfaced again this week after several foreign artists said they were blocked from entering the country by US Customs and Border Protection officials.
The list includes London drummer Yussef Kamaal, members of the UK’s United Vibrations, the lead singer of Danish band Rainbrother, Italian band Soviet Soviet and three members of Massive Scar Era, an Egyptian-Canadian band, who spoke out in an interview with Billboard about their interaction with border officials. Several of these artists are Muslim.
“He said that he knows that I’ve done everything legally, and that I’m not lying, but he’s still not going to let me in,” vocalist Cherine Amr said, referring to a border official. “He said that people are using the festival to protest but I told him we are not going there to protest.”

“Our leadsinger Bjarke has been denied access to the US via the usual tunnel. BUT we’re still playing @sxsw. Trump isn’t gonna win this one,” Rainbrother tweeted over the weekend.

Our leadsinger Bjarke has been denied access to the US via the usual tunnel. BUT we're still playing @sxsw. Trump isn't gonna win this one. pic.twitter.com/d590LFYZxf

“We will NOT be playing @sxsw. We got hit by the #ExecutiveOrder If you wanna show solidarity RT … #MuslimBan #BLM” United Vibrations tweeted Monday.

We will NOT be playing @sxsw. We got hit by the #ExecutiveOrder If you wanna show solidarity RT : https://t.co/OuI93zxkia#MuslimBan#BLM

In the past, bands have entered the country on a B-1 visitor visa, which which is issued for tourists but restricts them from any paid work in the US.
Messages left with CBP were not returned.
SXSW does not pay performers, but customs officials released a statement Monday announcing that artists must apply for a P-1 visa instead, which is usually used by athletes entering the US temporarily to perform individually or as a group at an internationally recognized performance.
Jonathan Ginsberg, an attorney for SXSW, said the festival is working with US organizations “in an effort to ensure that both the State Department and CBP continue to treat (performances) as a valid activity in B or visa waiver status.”

“Commenting on the Customs and Borders comment! Are we an international recognized group?!?!?!??!?!?! NO!!!!!!!” Egyptian heavy metal band Massive Scar Era tweeted Monday.
Some SXSW performers are internationally recognized, but one of the purposes of the festival is to support new, lesser-known artists with little-to-no experience in the national or international spotlight.
Questions over the festival’s stance on the ban came along with controversy over what appeared to be a deportation clause applicable to international artists in the festival’s artist performance agreement.
New York punk band Told Slant shared the language on Twitter and threatened to boycott the event, along with other bands.
Organizers eliminated the language, which previously stated that the festival could “notify the appropriate U.S. immigration authorities” if they “or their representatives have acted in ways that adversely affect the viability of their official SXSW showcase.”

“I’m happy that sxsw agreed to make changes to their contract so that it no longer threatens deportation as a means of controlling artists,” Felix of Told Slant tweeted.
“We will remove the option of notifying immigration authorities in situations where a foreign artist might ‘adversely affect the viability of Artist’s official showcase,'” organizers said in a statement released on the festival’s website.
“Safety is a primary concern for SXSW, and we report any safety issues to local authorities. It is not SXSW’s duty or authority to escalate a matter beyond local authorities,” they continued.

Activism is a big theme

Discussions and debates about Trump and his policies echoed this week in lecture halls, meeting rooms, concert venues and street corners, making the President, who was not invited to speak at the festival, an omnipresent force.
“This year, the fact that everyone is talking exclusively about world order and Donald Trump, it stands to reason that that’s what the conference will have a bit more of a focus on (that),” Hoffberger said.
While politics have always had a place at SXSW, this year, the national surge in activism has made its way into panel discussions represented in various festival verticals — technology, film, music and interactives. 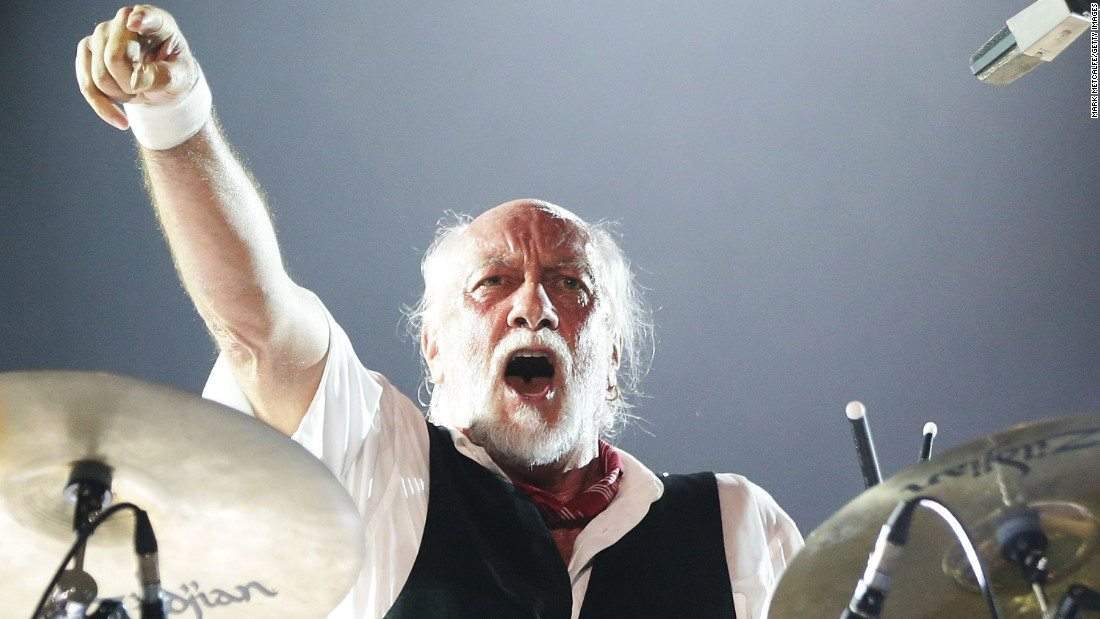 Panels focused on activism in the age of Trump include the following: “Civil Discourse in the Age of a Twitterer-In-Chief,” “From Meme to Protest: What’s Next for Online Activism,” “All the Rage: Female Activism and Altruistic Design,” “For Games to Evolve They Need to Get Political,” “How Elections Change Next Gen Cause Engagement” and “Power & Perils of Digital Activism Meet Up.”
Tech experts and advocates participated in various Trump-focused panels, including, “Tech Under Trump,” “Tech Advocates and Trump: Best Strategies So Far,” “How Will Trump Steer Car and Transportation Tech?”, “Tech Activism: More Than a Hashtag,” “Trump, China, and Trade Wars: Tech in the Trenches?” and “Head Fakes and Pivots: Trump Punk Sillicon Valley.”

"Tech Under Trump" programming at #SXSW will address uncertainty facing tech & society in the wake of the election. https://t.co/RWmmYsdR1M

In the latter, author Baratunde Thurston addressed how the tech industry failed to predict Trump’s win and what lessons could be learned from it.
The format of the festival also creates room for political discussions and according to Hoffberger, the overlapping of the various verticals on the schedule this year has created more opportunities for politics-based conversations.
“The festival itself is very kind of do your own thing and put it out there for people to respond to,” the Austin Chronicle’s music editor Raoul Hernandez said. “It’s so big that (organizers) know that they can’t control the party. The genie is out of the bottle.”