He has made himself a lightning rod with his strongly worded ruling on the ban, but many have praised Watson as fair-minded and highly principled 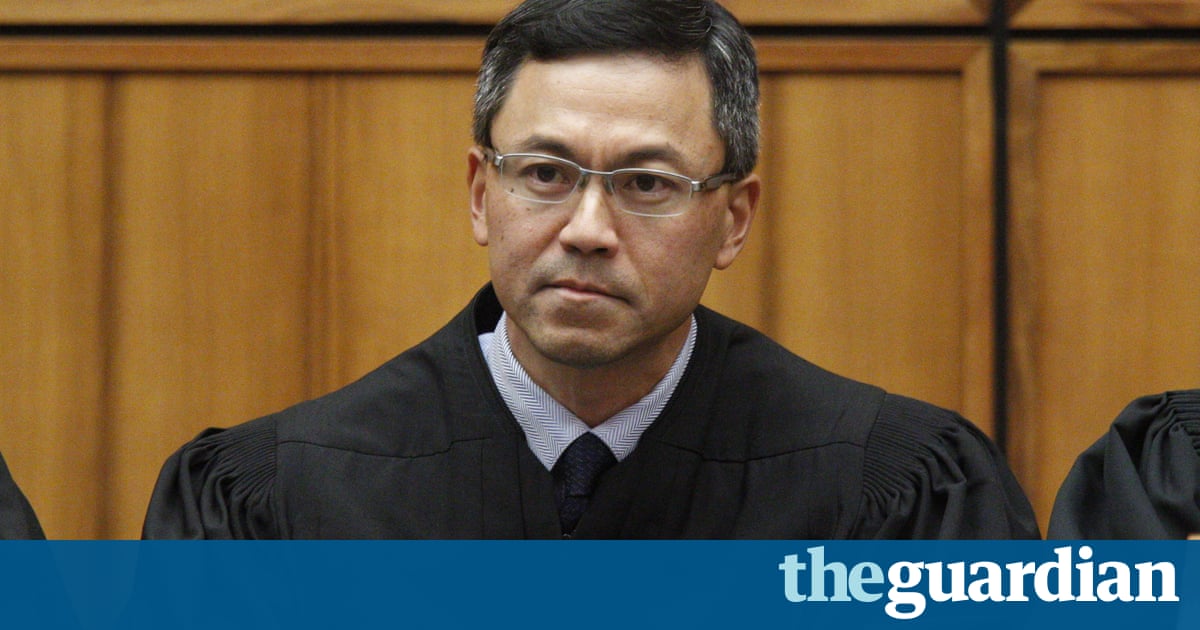 One Fox News commentator called it judicial tyranny. President Trump himself called it unprecedented judicial overreach. On social media, amateur sleuths noted that Judge Watson had graduated from the same Harvard Law School class as Barack Obama (in 1991), and even noted that Obama had been in Hawaii on the day of the ruling, as though they had cooked it up together.

One thing is beyond doubt: Judge Derrick Kahala Watson, the only native Hawaiian currently serving as a US federal judge, has made himself a national lightning rod with a ruling that admirers and detractors alike have described as pointed and outspoken.

His 43-page document flatly describes the governments contentions in defense of the revised travel ban as untrue and says the administrations illogic is palpable. It is rare that judges are willing to stick their necks out so visibly. And Judge Watson hardly has a reputation as a hothead or a rabble-rouser. He is a product of Hawaiis prestigious private school system, attended Harvard as an undergraduate as well as a law student, and had a distinguished career as a federal prosecutor in northern California and Hawaii before being elevated to the federal bench. He has also served as a reserve captain in the US army.

Interviews with colleagues and friends by the Associated Press overnight suggested a man who was usually understated and fair-minded if also strict and highly principled. That was also the impression gleaned by the Senate when it voted unanimously to confirm Watson as a federal judge in 2013. At the time, President Obama praised him and five other judicial nominees for their talent, expertise, and fair-mindedness.

Certainly, Watson is not the first federal judge to take issue with the administrations attempts to impose a temporary ban on travelers from certain Muslim-majority countries. A similar restraining order was issued in early February by Judge James Robart in Seattle in response to the first draft of the administrations executive order, and Watsons ruling coincided with a similarly argued, though less broad, ruling from a federal judge in Maryland. All of them have argued that the travel ban looks a lot like an instrument of religious discrimination both because of what is in the executive orders themselves and because of what President Trump and his team have said about them on the campaign trail and in public appearances since the election.

There are indications, though, that Watsons viewpoint may have been further influenced by his Hawaiian heritage and his long record of advocacy for immigrant rights and civil rights. While with a San Francisco law firm in the early 2000s, he devoted hundreds of hours to pro bono cases defending the rights of Mexican restaurant workers being held in slave-like conditions and to landlord-tenant disputes.

The complaint filed by Hawaiis attorney general against the Trump travel ban contained an explicit reference to some of the most painful chapters in the islands history the Chinese Exclusion Acts and the imposition of martial law and internment of Japanese Americans following the bombing ofPearl Harbor. At the time, the US supreme court upheld the governments argument similar to Trumps that it had the executive authority to defend national security as it saw fit. But the courts ruling in Korematsu v United States has since been described as a stain on American jurisprudence and has been widely repudiated in federal court rulings if never explicitly overturned.

If you have an order taking us back half a century to a time when there was discrimination on the basis of national origin or religion, Hawaiis attorney general, Doug Chin, told reporters after Watsons ruling, thats something we have to speak up against.

Watsons suspension of the travel ban rested on the argument that the plaintiffs, including the head of the Muslim Association of Hawaii, had a strong likelihood of prevailing at a full trial. That conclusion, though, rests on a reading of case law that many more conservative jurists and commentators do not share particularly when it comes to considering comments by President Trump and administration officials as well as the text of the executive order itself.

Watsons imaginative reasoning in Hawaii v Trump asserts a new judicial power to disregard formal law if the presidents personal words create a basis for mistrusting his motives, conservative commentator David Frum wrote in a column worrying about the kind of precedent this could set for future administrations of either party persuasion. In the age of Trump, many will be sympathetic to this judicial power but it is crammed with dangers, too.