The movement drew outcry from civil rights groups, which accuse Arpaio of violating the Constitution in his crackdown on illegal immigration.

During last year’s presidential campaign, Arpaio was a vocal proponent of Trump’s candidacy, and used his national notoriety to advocate for Trump’s similarly aggressive stance on border security and deportations. 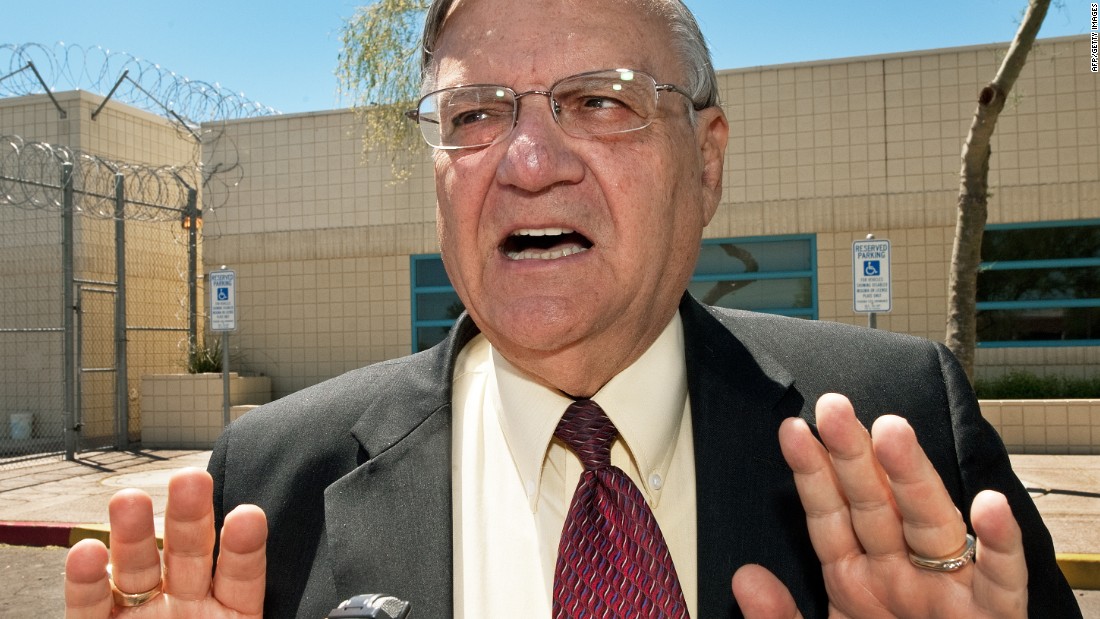 “Throughout his time as sheriff, Arpaio continued his life’s work of protecting the public from the scourges of crime and illegal immigration,” the announcement read. “Sheriff Joe Arpaio is now 85 years old, and after more than 50 years of admirable service to our nation, he is (a) worthy candidate for a Presidential pardon.”

“Thank you @realdonaldtrump for seeing my conviction for what it is: a political witch hunt by holdovers in the Obama justice department! ,” he posted.

Arpaio continued: “I am humbled and incredibly grateful to President Trump. I look fwd to putting this chapter behind me and helping to #MAGA”

He said in a Fox News interview Friday that he would hold a news conference early next week to discuss the pardon.

Trump did not consult Justice Department

The pardon is the first of Trump’s presidency, though he did not follow his predecessors’ practice of consulting with lawyers at the Justice Department before announcing his decision.

“This is the President’s pardon,” a source with knowledge of the decision said. 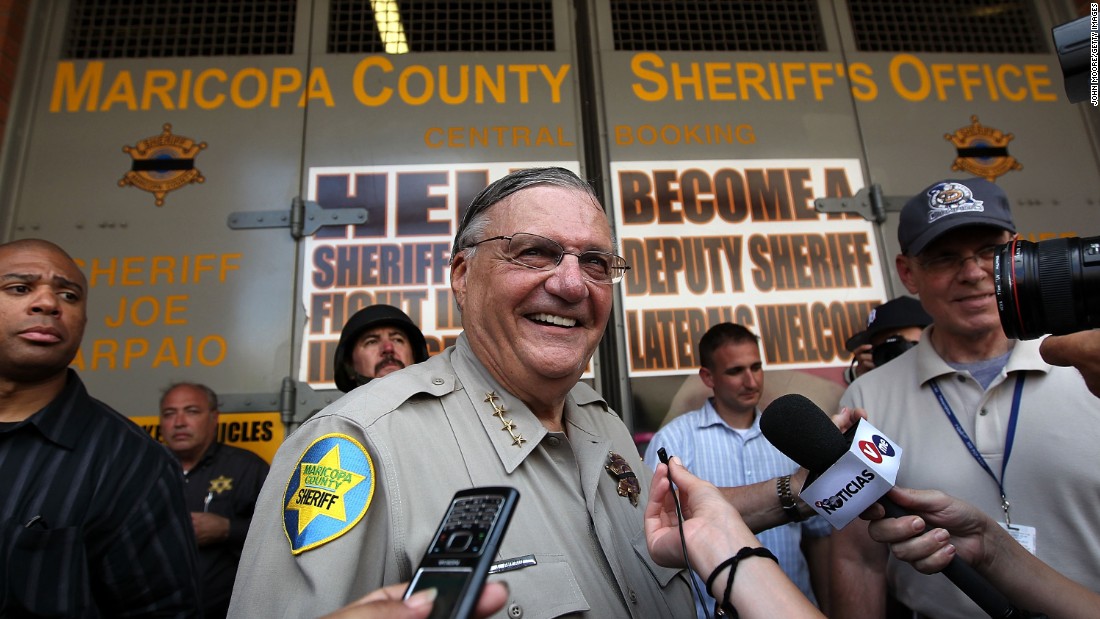 Under the Constitution, Trump is permitted wide leeway in issuing pardons. There are no requirements for consultation within the administration before a decision is announced.

“The President exercised his legal authority and we respect his decision,” said Ian Prior, a Justice Department spokesman.

Trump hinted at his decision earlier this week during a raucous campaign rally in Phoenix.

“So was Sheriff Joe was convicted for doing his job?” Trump queried his supporters. “I’ll make a prediction. I think he is going to be just fine, OK.”

Trump tweeted Friday night about his decision: “I am pleased to inform you that I have just granted a complete Pardon to 85 year old American patriot Sheriff Joe Arpaio. He kept Arizona safe!”

Arpaio, who was sheriff in Maricopa County, Arizona, until last year, was found guilty of criminal contempt last month for disregarding a court order in a racial-profiling case. His sentencing had been scheduled for October 5.
“Not only did (Arpaio) abdicate responsibility, he announced to the world and to his subordinates that he was going to continue business as usual no matter who said otherwise,” US District Judge Susan Bolton wrote in a July 31 order finding him guilty. 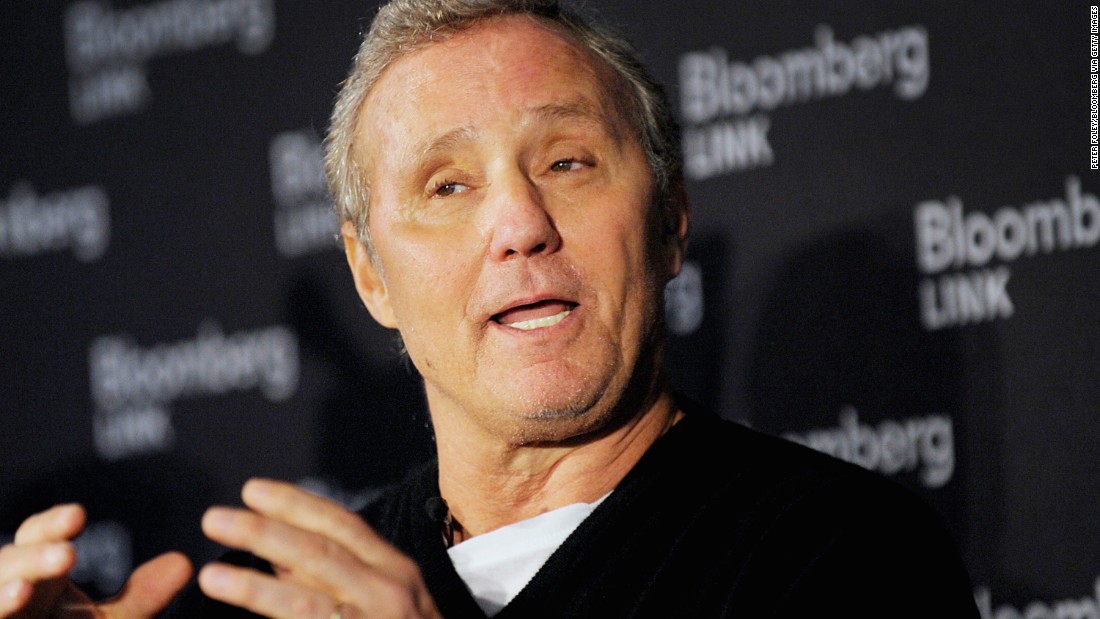 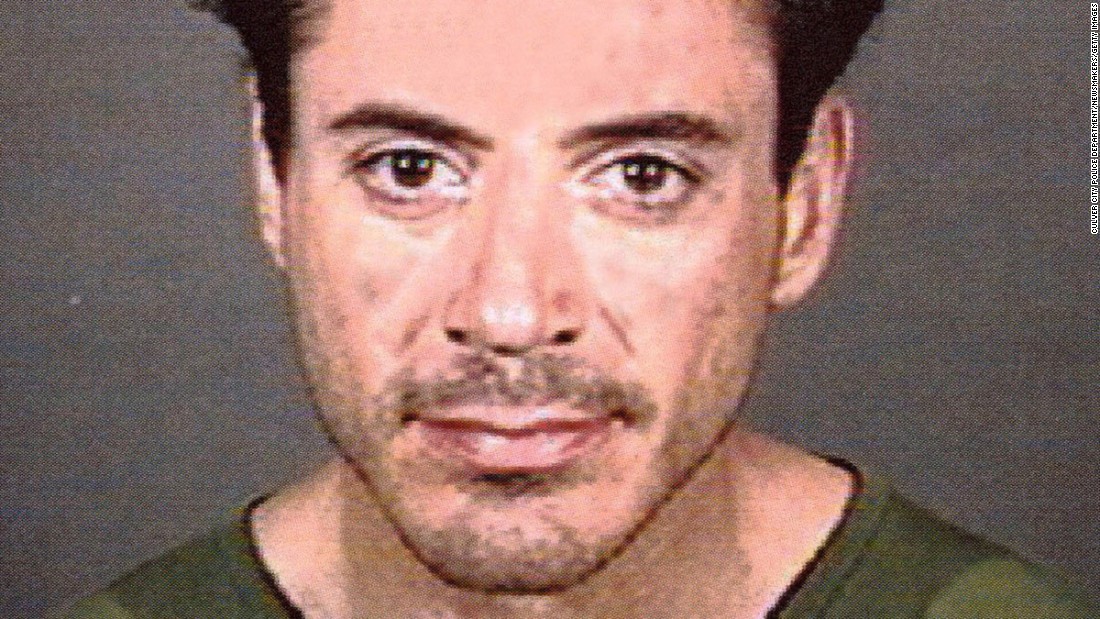 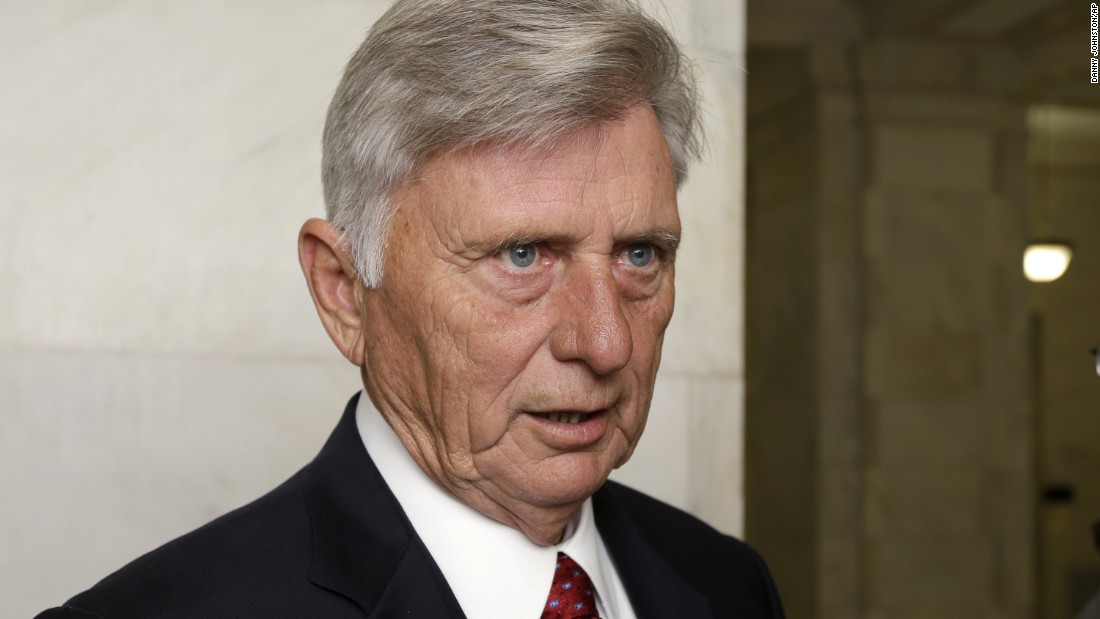 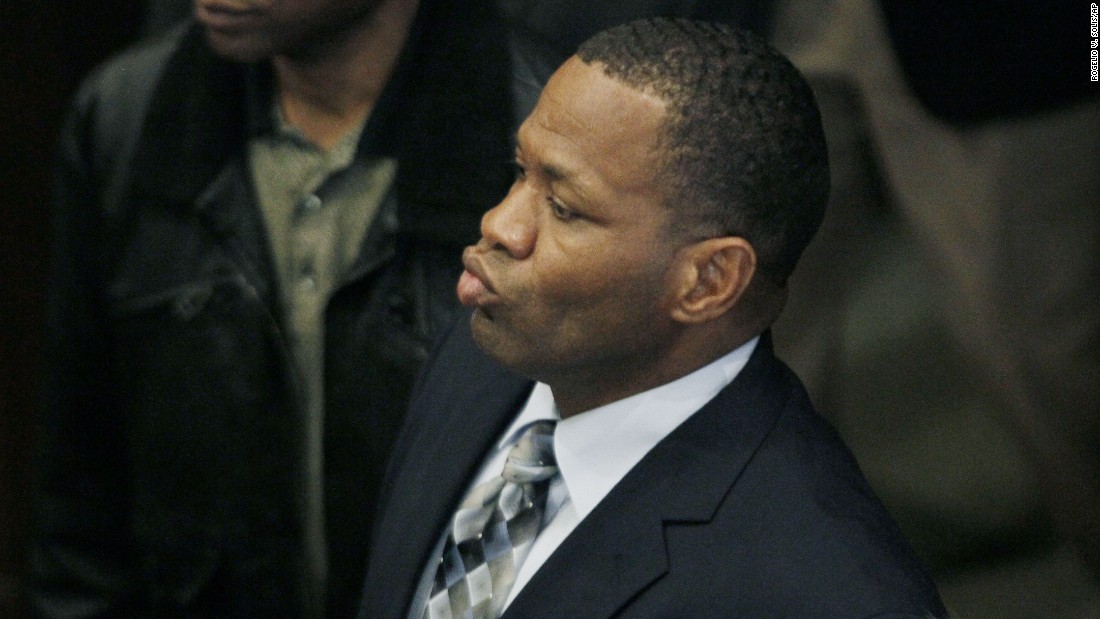 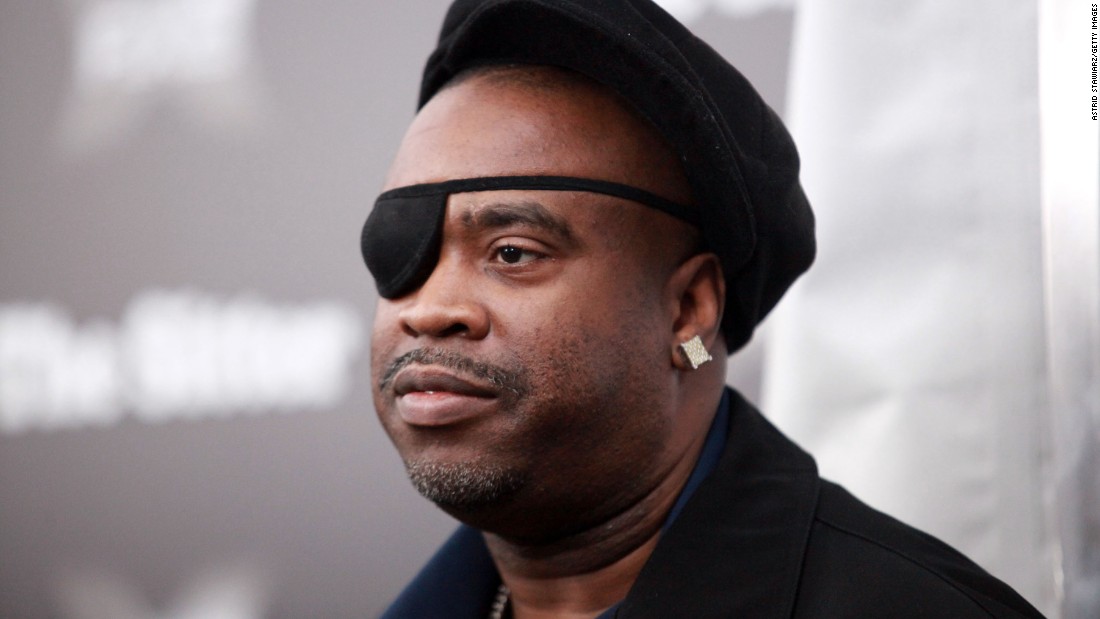 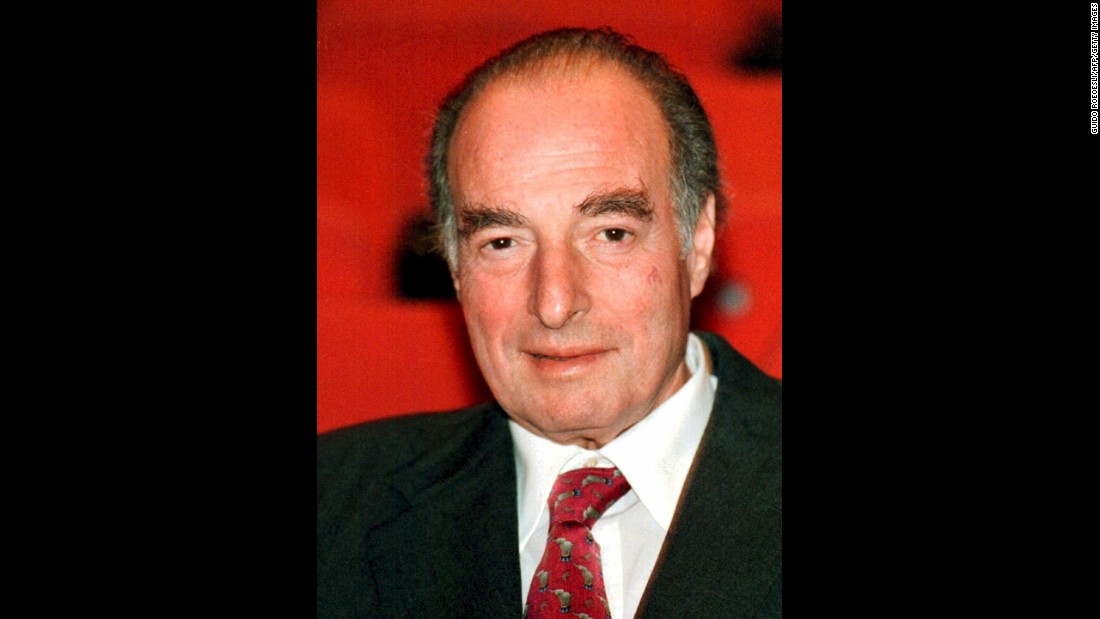 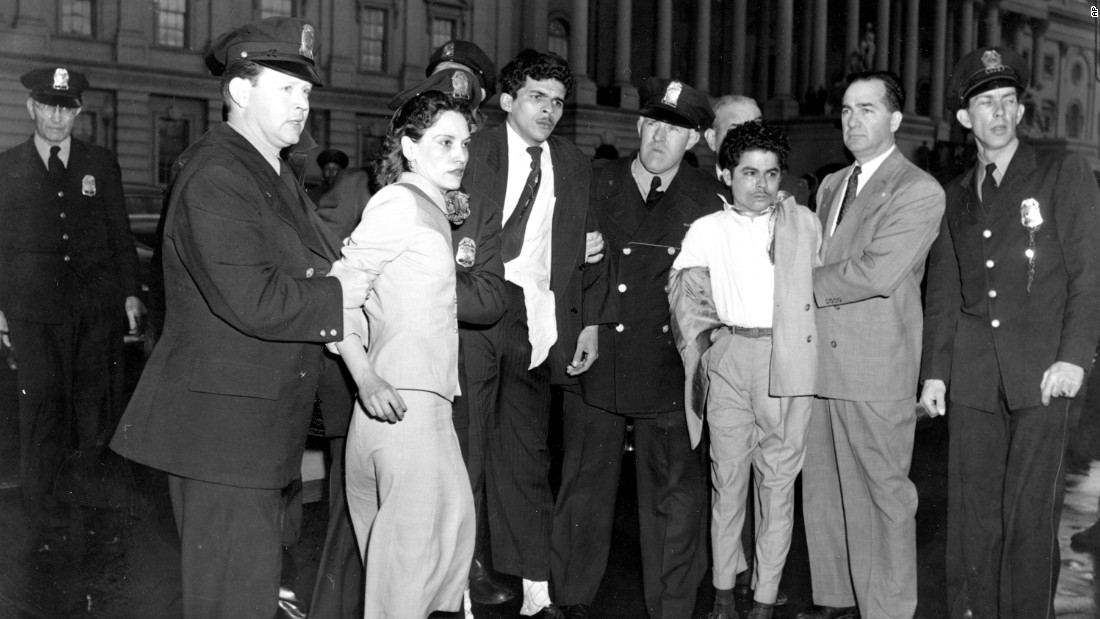 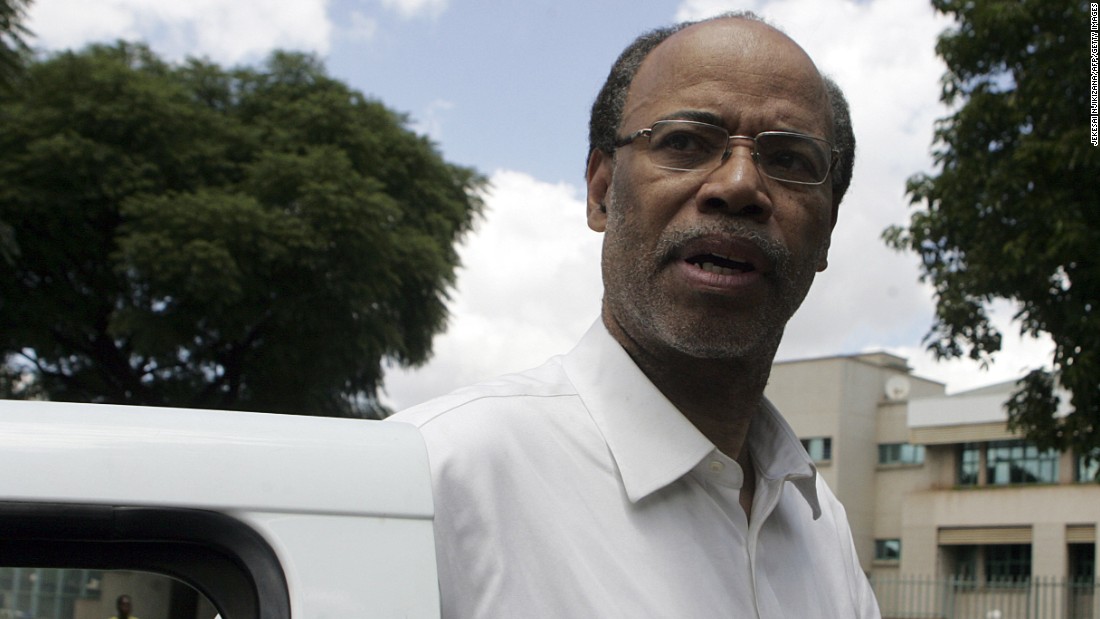 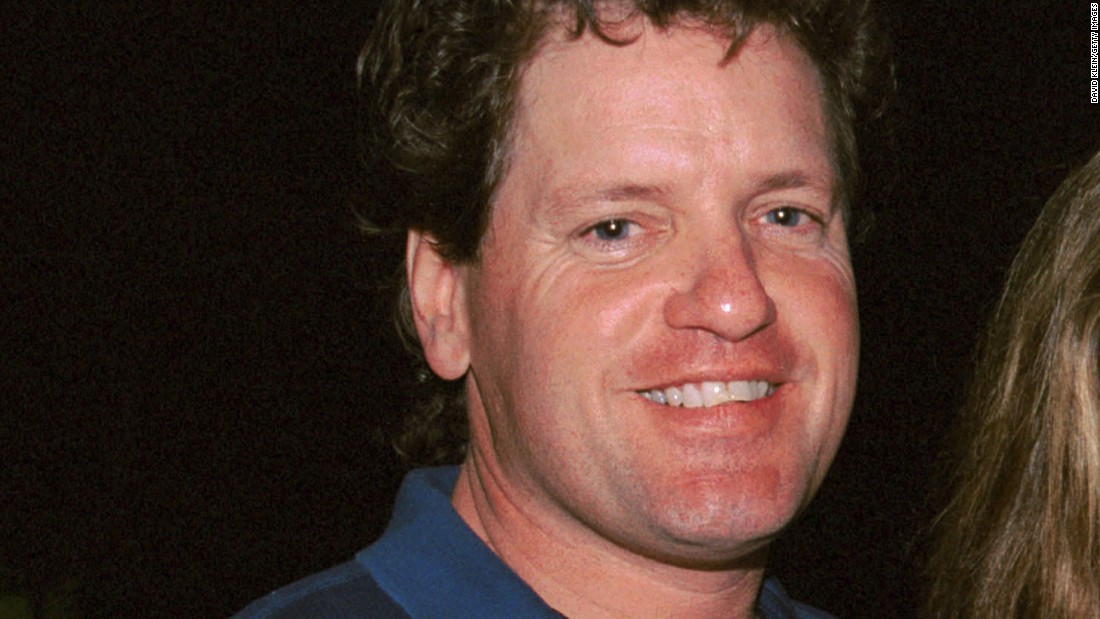 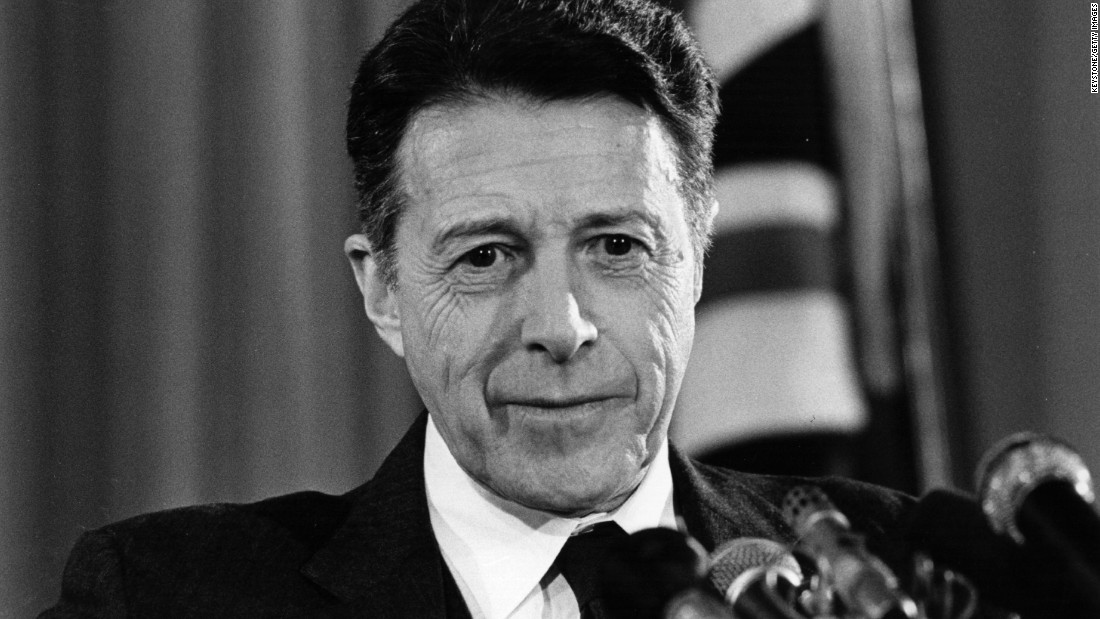 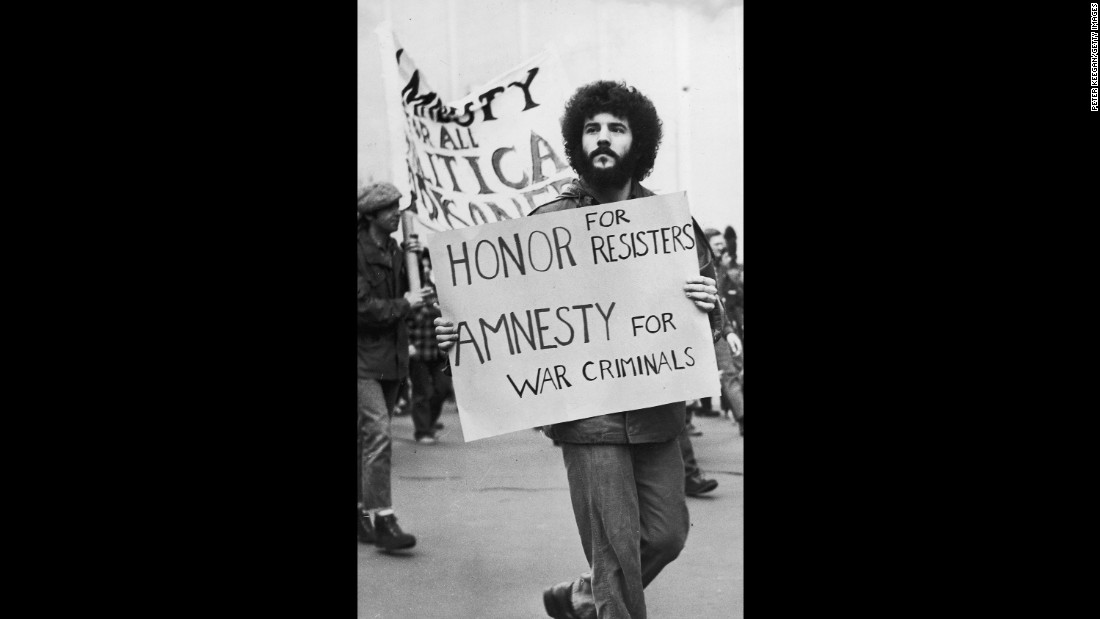 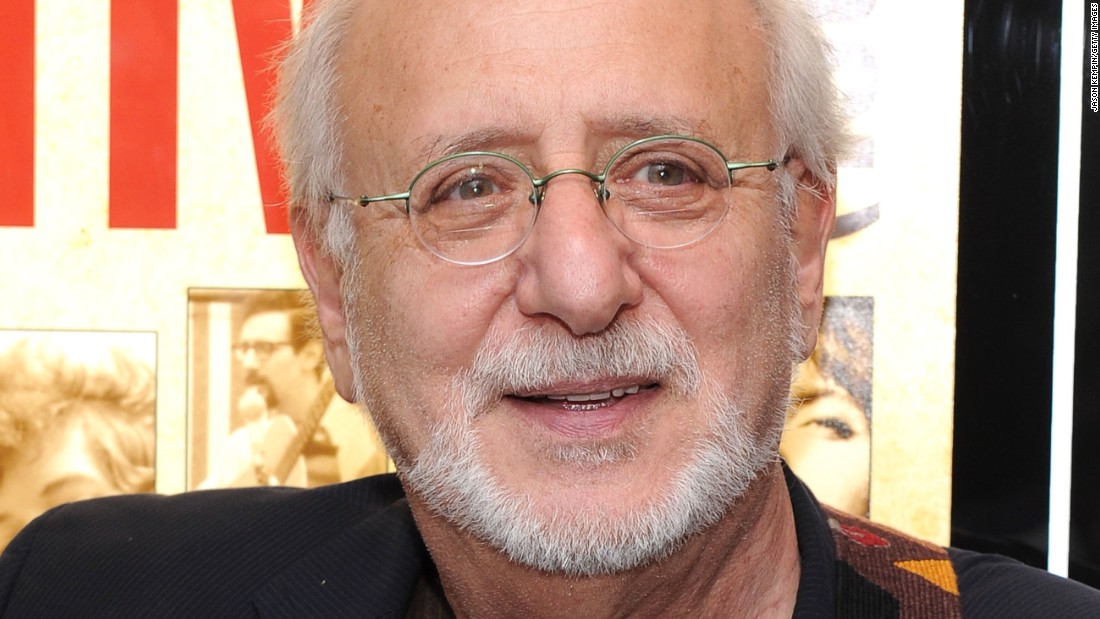 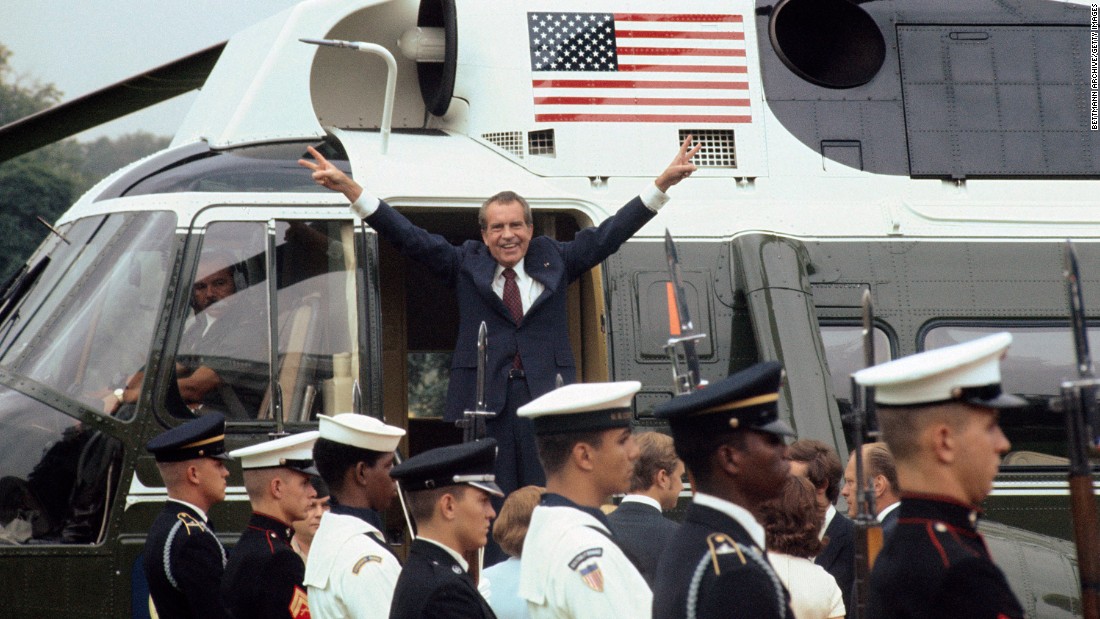 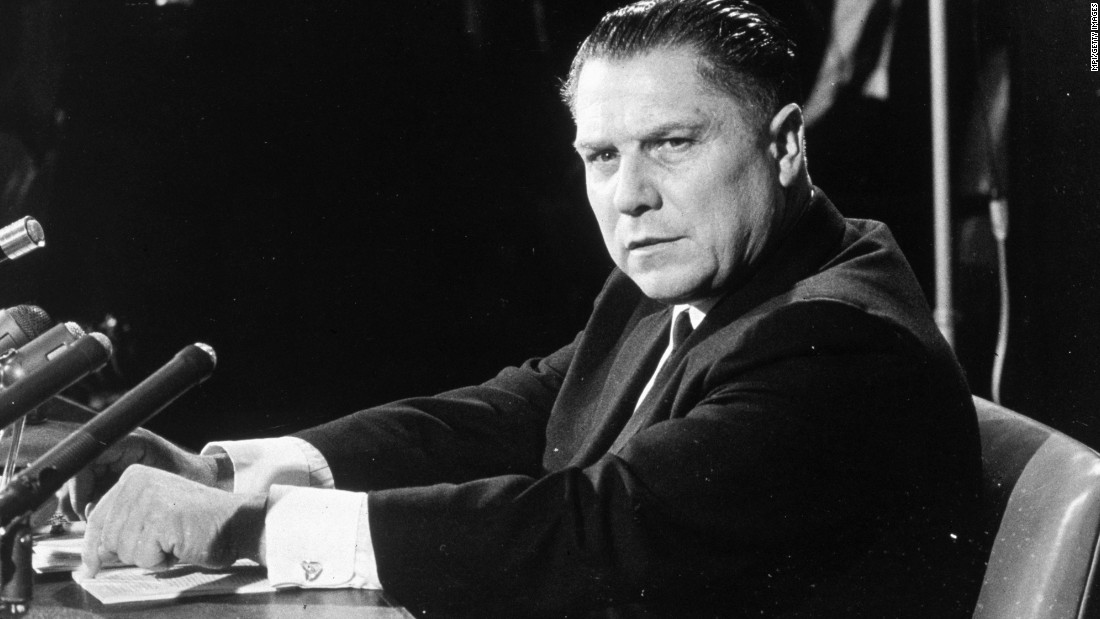 However, civil rights groups and others pushed back against the possibility of Arpaio’s pardon, and slammed the decision on Friday.

“Once again, the president has acted in support of illegal, failed immigration enforcement practices that target people of color and have been struck down by the courts,” the American Civil Liberties Union wrote in a statement. “His pardon of Arpaio is a presidential endorsement of racism.”

“Joe Arpaio illegally targeted and terrorized Latino families. He was voted by our community . Donald Trump can not change that,” wrote Greg Stanton, the Democratic mayor of Phoenix, which sits in Maricopa County.

Arizona Sen. John McCain said in a statement on the pardon that “nobody is above the law and the individuals entrusted with the privilege of being sworn law officers should always seek to be beyond reproach in their devotion to fairly enforcing the laws they swore to uphold.”

“Mr. Arpaio was found guilty of criminal contempt for continuing to illegally profile Latinos living in Arizona based on their perceived immigration status in breach of a judge’s orders,” McCain said. “The President has the authority to create this pardon, but doing so at this time undermines his claim for the respect of rule of law as Mr. Arpaio has shown no remorse for his actions.”

Arizona’s other Republican senator, Jeff Flake, wrote on Twitter that he would have “preferred that the President honor the judicial process and let it take its course.”

Trump has openly feuded with Flake over the past week.

“With his pardon pencil, POTUS reveals his own contempt for our Constitution, our courts, and our founding principles of justice and equality,” Yates wrote on Twitter.

Arpaio, who has called himself “America’s toughest sheriff,” was an early Trump supporter. Like Trump, he helped fuel unfounded allegations that President Barack Obama was not born in the United States. He used frequent appearances on television to establish a national platform for his views on immigration, which relied on tough enforcement measures and racial profiling.

He became known for his treatment of those he held in an outdoor jail known as “Tent City,” where he made people wear pink panties and work in chain gangs.

Trump’s pardon of Arpaio is the earliest a president has pardoned somebody in his first term since George H.W. Bush pardoned nine individuals on August 14, 1989.