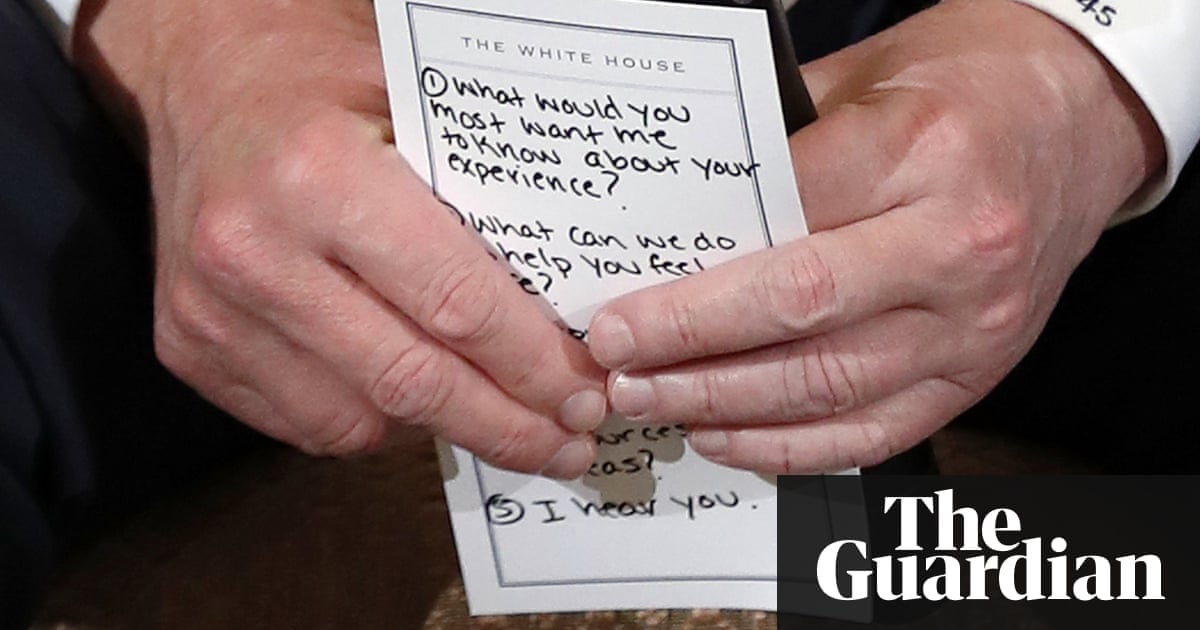 Briefing notes captured by photographers at US president Donald Trumps White House listening session with survivors of gun violence show that he needed to be reminded to say I hear you.

Close-up pictures of the note revealed that it had five points, of which the first was a reminder to ask the question: What would you most want me to know about your experience. The second question listed is: What can we do to make you feel safe?

The presidents note also prompted Trump to ask survivors for their ideas, or what resources they think might be needed.

But it is the final note I hear you that has attracted the most criticism, with the implication that without a prompt the president would be unable to show sympathy towards those affected by school shootings, some of whom had travelled from Florida for the occasion.