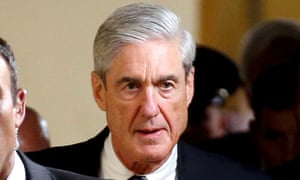 Among other things, both documents allege Donald Trump was compromised during a 2013 trip to Moscow that involved lewd acts in a five-star hotel.

The Shearer memo cites an unnamed source within Russias FSB, the state security service. The Guardian cannot verify any of the claims.

Shearer is a controversial figure in Washington. Conservative outlets have accused him of being part of a hatchet man and member of a secret spy ring and within Clintons orbit. There is no evidence that the Clinton campaign was aware of the Shearer memo.

But other people who know Shearer say he is not just a Democratic party hack and there is no evidence that his memo was ever sought by Clinton campaign officials.

Sources say that while he lacks the precision and polish of a seasoned former spy like Steele, Shearer has also been described as having a large network of sources around the world and the independent financial means to pursue leads.

The White House has vigorously denied allegations that the US president was ever compromised and has rejected claims that campaign officials ever conspired with the Kremlin before the 2016 election.

Steeles dossier, his motives for writing it and his decision to share it remain controversial among Republicans.

He says he approached the FBI about concerns he had about links between Russia and the Trump campaign after he was commissioned to investigate the matter by a private investigative firm called Fusion GPS on behalf of the firms clients.

Glenn Simpson, the founder of Fusion GPS, told congressional investigators that Steele approached the FBI out of a sense of duty and concern for US national security.

Republican supporters of Trump have derided it as fake news. Chuck Grassley, a Republican senator from Iowa and ally of Trump, has called for an investigation into Steele amid unspecified allegations about the former spys conduct.

Democrats have said the campaign against Steele is part of an effort to seek to discredit him in order to shift attention away from allegations about Trump and Russia.

Spokespeople for the FBI and the US special counsel leading the criminal investigation into the Trump campaign declined to comment. Shearer did not return emails and calls for comment.

A federal criminal investigation into the Trump campaign has so far resulted in four indictments. Two former Trump campaign officials, including Michael Flynn, Trumps former national security adviser, have pleaded guilty to perjury and are cooperating with Robert Mueller, the special counsel who is leading the ongoing investigation.