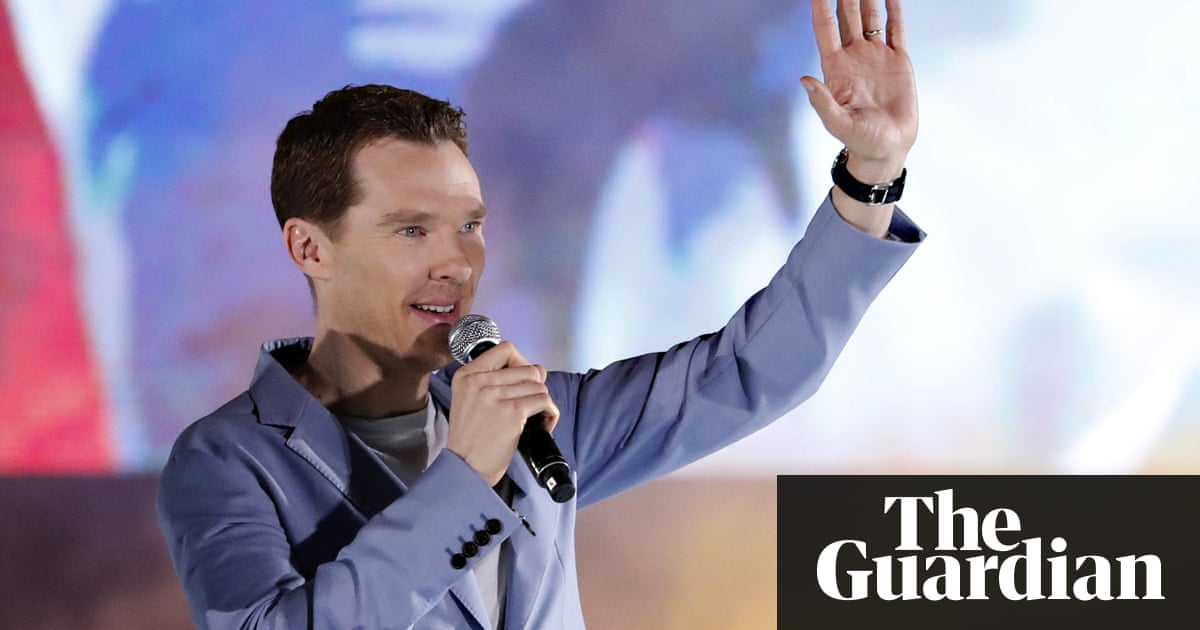 Benedict Cumberbatch is reported to have saved a cyclist who was being attacked.

The actor, who plays Sherlock Holmes in the hit BBC series, is said to have rescued a Deliveroo rider who was being beaten up by a group of four people, it emerged on Friday night.

The Sun said Cumberbatch was in a cab on Marylebone High Street in central London with his wife, Sophie Hunter, when they saw the cyclist being hit over the head with a bottle.

The driver of the car, Manuel Dias, told the newspaper: Benedict was courageous, brave and selfless. If he hadnt stepped in, the cyclist could have been seriously injured. Here was Sherlock Holmes fighting off four attackers just round the corner from Baker Street.

He stood there instructing them in the street, shouting, Leave him alone. I had hold of one lad and Benedict another. He seemed to know exactly what he was doing. He was very brave. He did most of it, to be honest.

According to the Sun, the actor said: I did it out of well, I had to, you know.

A Deliveroo spokesman thanked Cumberbatch for his heroic actions.