In an excerpt from a speech about his new book The Shepherds Hut, the author says it is men who need to step up and liberate boys from the race, the game, the fight 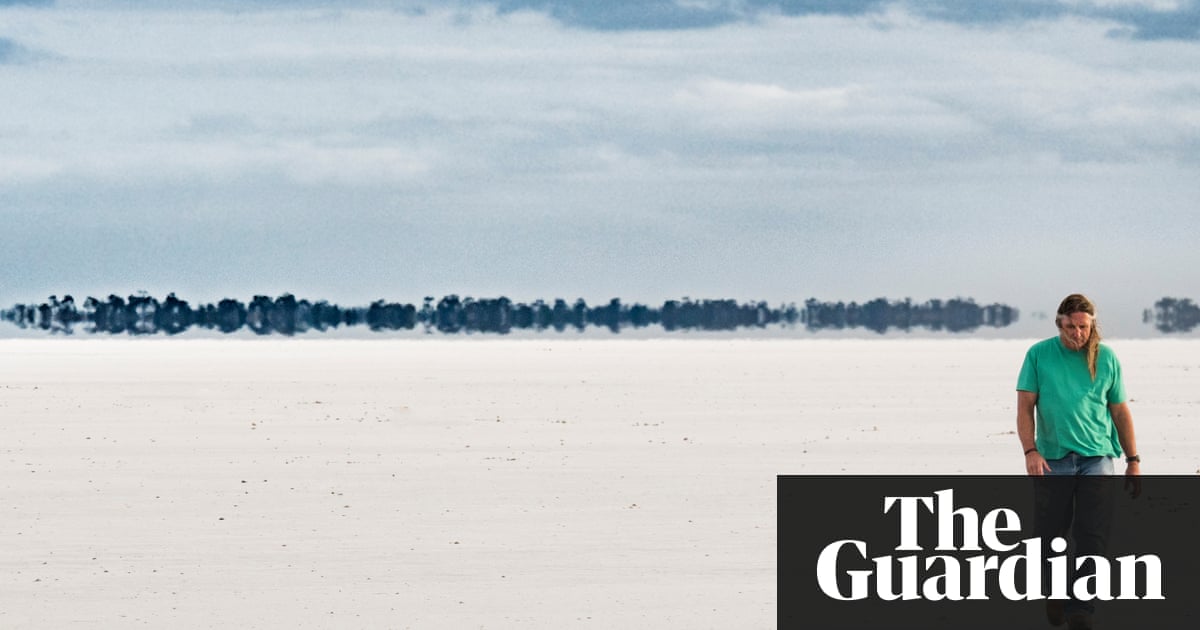 I dont have any grand theory about masculinity. But I know a bit about boys. Partly because Im at the beach and in the water a lot.

As a surfer you spend a lot of time bobbing about, waiting for something to happen. So eventually, you get talking. Or you listen to others talking. And I spend my work days alone, in a room with people who dont exist, so these maritime conversations make up the bulk of my social life. And most of the people in the water are younger than me, some by 50 years or more.

I like the teasing and the joking that goes on, the shy asymmetrical conversations, the fitful moments of mutual bewilderment and curiosity. A lot of the time Im just watching and listening. With affection. Indulgence. Amusement. Often puzzled, sometimes horrified. Interested, but careful, of course, not to appear too interested. And the wonderful thing about getting older something many women will understand is that after a certain age you become invisible. And for me, after years of being much too visible for my own comfort, this late life waterborne obscurity is a gift.

There are a lot more girls in the water these days, and hallellujah for that; I cant tell you how heartening this is. But I want to focus on the boys for a moment. For what a mystery a boy is. Even to a grown man. Perhaps especially to a grown man. And how easy it is to forget what beautiful creatures they are. Theres so much about them and in them thats lovely. Graceful. Dreamy. Vulnerable. Qualities we either dont notice, or simply blind ourselves to. You see, theres great native tenderness in children. In boys, as much as in girls. But so often I see boys having the tenderness shamed out of them.

Boys and young men are so routinely expected to betray their better natures, to smother their consciences, to renounce the best of themselves and submit to something low and mean. As if theres only one way of being a bloke, one valid interpretation of the part, the role, if you like. Theres a constant pressure to enlist, to pull on the uniform of misogyny and join the Shithead Army that enforces and polices sexism. And it grieves me to say its not just men pressing those kids into service.

What Ive come to notice is that all these kids are rehearsing and projecting. Trying it on. Rehearsing their masculinity. Projecting their experimental versions of it. And wordlessly looking for cues the whole time. Not just from each other, but from older people around them, especially the men. Which can be heartbreaking to witness, to tell you the truth. Because the feedback they get is so damn unhelpful. If its well-meant its often feeble and half-hearted. Because good men dont always stick their necks out and make an effort.

True, the blokes around me in the water are there, like me, for respite, to escape complexity and responsibility for an hour or two, to save themselves from going mad in their working lives, but their dignified silence in response to misogynistic trash talk allows other messages, other poisonous postures to flourish. Too often, in my experience, the ways of men to boys lack all conviction, they lack a sense of responsibility and gravity. And I think they lack the solidity and coherence of tradition. Sadly, modernity has failed to replace traditional codes with anything explicit, or coherent or benign. Were left with values that are residual, fuzzy, accidental or sniggeringly conspiratorial.

Weve scraped our culture bare of ritual pathways to adulthood. There are lots of reasons for having clear-felled and burnt our own traditions since the 1960s, and some of them are very good reasons. But Im not sure what weve replaced them with. Weve left our young people to fend for themselves. We retain a kind of indulgent, patronising, approval of rites of passage in other cultures, including those of our first peoples, but the poverty of mainstream modern Australian rituals is astounding.

What are we left with? The sly first beer your uncle slips you. The 18th birthday party where the keg is the icon. Maybe the B&S ball, if you live in the bush. First drink, first root, first bog-lap in your mums Corolla. Call me a snob, but that strikes me as pretty thin stuff. This, surely, is cultural impoverishment. And in such a prosperous country. To my mind, thats salt rising to the surface, poisoning the future.

In the absence of explicit, widely-shared and enriching rites of passage, young men in particular are forced to make themselves up as they go along. Which usually means they put themselves together from spare parts, and the stuff closest to hand tends to be cheap and defective. And thats dangerous.

Toxic masculinity is a burden to men. Im not for a moment suggesting men and women suffer equally from misogyny, because thats clearly and fundamentally not true. And nobody needs to hear me mansplaining on the subject of the patriarchy. But I think we forget or simply dont notice the ways in which men, too, are shackled by misogyny. It narrows their lives. Distorts them. And that sort of damage radiates; it travels, just as trauma is embedded and travels and metastasizes in families. Slavery should have taught us that. The Stolen Generations are still teaching us. Misogyny, like racism, is one of the great engines of intergenerational trauma.

A man in manacles doesnt fully understand the threat he poses to others. Even as hes raging against his bonds. Especially as hes raging against his bonds. When youre bred for mastery, when youre trained to endure and fight and suppress empathy, how do you find your way in a world that cannot be mastered? How do you live a life in which all of us must eventually surrender and come to terms? Too many men are blunt instruments. Otherwise known, I guess, as tools. Because of poor training, theyre simply not fit for purpose. Because life is not a race, its not a game, and its not a fight.

Can we wean boys off machismo and misogyny? Will they ever relinquish the race, the game, the fight, and join the dance? I hope so. Because liberation a process of disarmament, reflection and renewal isnt just desirable, its desperately necessary. In our homes, in business, and clearly, and most clearly of all, in our politics.