The EPA attempted to ban asbestos in 1989 but was sued by Corrosion Proof Fittings — a company that used asbestos in their products. And, in 1991, an appeals court overturned the ban. Ultimately, the EPA was only able to ban five obsolete asbestos-containing products and any new commercial uses.
Not only has this allowed old construction containing poisonous asbestos to stand, but it left gaping holes through which 31 million metric tons of asbestos are imported into the US ever year. Companies can legally import products that contain asbestos, including some crayons and makeup.

Over the course of the last 25 years, thousands of Americans, including my husband, became sick and died of asbestos-induced illnesses. It’s high time to close the loopholes and impose a complete ban on asbestos — and that opportunity is now before us.

In 2016, Congress came together in a rare act of bipartisanship and rewrote the chemical regulations law. The updated Toxic Substances Control Act (TSCA) finally gave the EPA the regulatory authority to protect us from dangerous toxic substances like asbestos. When it was signed into law, President Barack Obama remarked the much-needed legislation was a necessary step forward, saying, “The [old] system was so complex, it was so burdensome that our country hasn’t even been able to uphold a ban on asbestos.”
As a mesothelioma widow and advocate, I was encouraged. Surely this meant an asbestos ban, like those more than 60 countries have put in place, was imminent. Then Donald Trump was elected.
Trump has a long-standing and well-documented love for asbestos. On Twitter, in congressional hearings and as an author, he has professed his love for killer asbestos.
Why would the President praise a lethal mineral that kills thousands of Americans every year? It’s unclear. But we do know the biggest producer and exporter of asbestos: Russia. The Russian asbestos producer Uralasbest, which of course has ties to President Putin, even brags about Trump’s support. They recently posted a photo of tons of raw asbestos wrapped and ready to export with a seal of approval that read: “Approved by Donald Trump, 45th President of the United States.”

Given this reality, I am hardly surprised that Trump’s EPA is on the brink of giving up this historic opportunity to ban asbestos.

In June, the EPA released its new formulation for how it would regulate asbestos, announcing it would ignore legacy uses of the mineral. This means the EPA will not evaluate the risk from asbestos in our homes, schools, workplaces and already built infrastructure. Our firefighters are left at risk as they become exposed to older infrastructure. The 25.6 million pounds of asbestos that are disposed of each year — left in landfills near where people live — will also be ignored in risk evaluation. 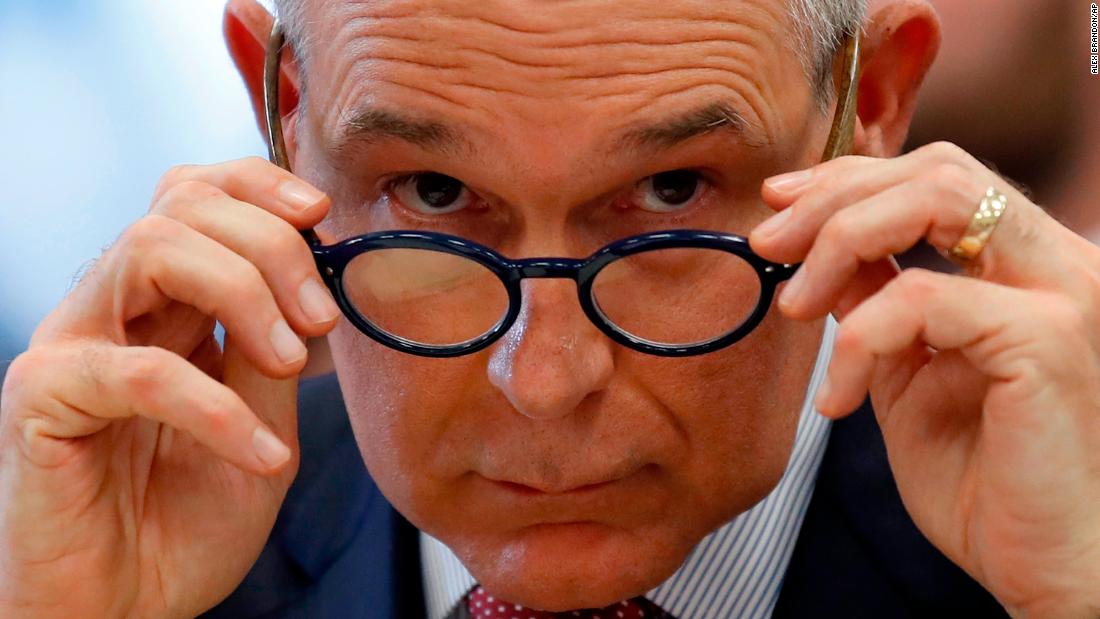 Further, the EPA has dangerously decided to limit the scope of their systematic review to only lung cancer and mesothelioma — which ignores exposures and deaths from ovarian and laryngeal cancers and asbestosis.
Taken together, these limitations dangerously undercalculate the risks posed by asbestos. Recently released emails from career EPA officials confirm this change was shocking — and is dangerous. One staffer, writing to his colleagues, noted, “The new approach raises significant concerns about the potential health impacts.”

Even worse, without a ban, the EPA will continue to allow imports of both raw asbestos and contaminated products — including crayons and makeup for kids — letting the millions of tons of asbestos already threatening our health only continue to build up.

Since its peak in the 1970s, asbestos has progressively become so unpopular that only one industry — a division of the chemical industry that makes chlorine — continues to use it in the US.

Industry after industry has turned away from asbestos, and not because it is illegal, expensive or difficult to obtain — it is none of those things. They have stopped using it because the health risks are so great that the liability of continued use is unmanageable. Asbestos has poisoned and kills too many workers, and any manufacturer with half a conscience switched to safer substitutes long ago.

As an EPA attorney recently noted in an email discussing the Trump administration’s change of plans, “Asbestos is an extremely dangerous substance with no safe exposure amount.”

That’s why when it comes to ending the deadly asbestos trade in America, nothing short of an exemption-free ban on imports will suffice. The EPA needs to utilize its power under the TSCA to protect the health of the American people, not the profits of chemical companies and Russian asbestos producers. The time is now for Congress to hold the EPA accountable and demand they do their job.