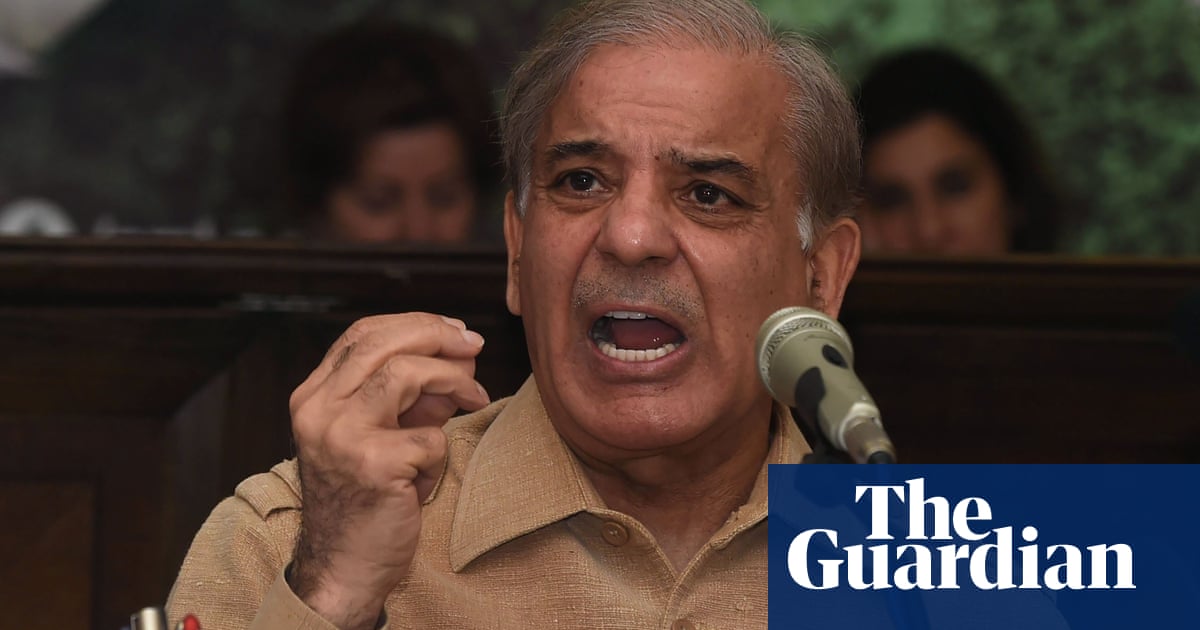 The brother of Pakistans ousted prime minister, Nawaz Sharif, has accused the countrys caretaker government of naked pre-poll rigging against their party, as tensions rise ahead of the 25 July general election.

Shahbaz Sharif, who heads the Pakistan Muslim League-Nawaz (PML-N), accused authorities of arresting hundreds of the partys workers and supporters before Nawazs expected return to Pakistan on Friday.

The former prime minister was sentenced in absentia last week to 10 years in prison by a corruption court over the purchase of high-end properties in London, dealing a serious blow to his partys bid to win a second consecutive election.

Hundreds of our workers have been arrested in Punjab [province] and locked up for 30 days, Shahbaz said at a press conference in Lahore, the provincial capital. It is naked pre-poll rigging.

Shahbaz served three terms as chief minister of Punjab, Pakistans most populous province and a PML-N stronghold. He is spearheading the partys election campaign, which suffered a major setback last July when Nawaz Sharif was ousted as prime minister by the supreme court on corruption charges. He was later barred from politics for life.

Nawaz is currently in London where his wife is being treated for cancer, and has said he will return to Pakistan despite the prison sentence. Pakistan has no extradition treaty with the UK.

His younger brother said that despite the wave of police raids and arrests, thousands of supporters will go to Lahores airport to welcome Nawaz, who remains a powerful symbol for his party.

The whole world knows that PML-N is being targeted, Shahbaz said. Well go to the airport tomorrow despite this brutality, and we will remain completely peaceful.

A senior police official in Lahore told AFP that at least 250 activists from Sharifs party were arrested.

Authorities have identified at least 50 locations in the city to block with freight containers on Friday if needed, added the police official, who asked to remain anonymous.

Pakistans election will pit the PML-N against its main rival, the Pakistan Tehreek-e-Insaf, which is led by cricket star-turned-politician Imran Khan.

The poll would be only the second-ever democratic transfer of power in the country.

Nawaz Sharif was the 15th prime minister in Pakistans 70-year history roughly half of it under military rule to be removed before completing a full term.

The military remains the most powerful institution in the country, and has faced allegations in recent months that it is pressuring the media and politicians in a bid to manipulate the polls against the PML-N. The military has denied the accusations, and said it has no direct role in the elections.