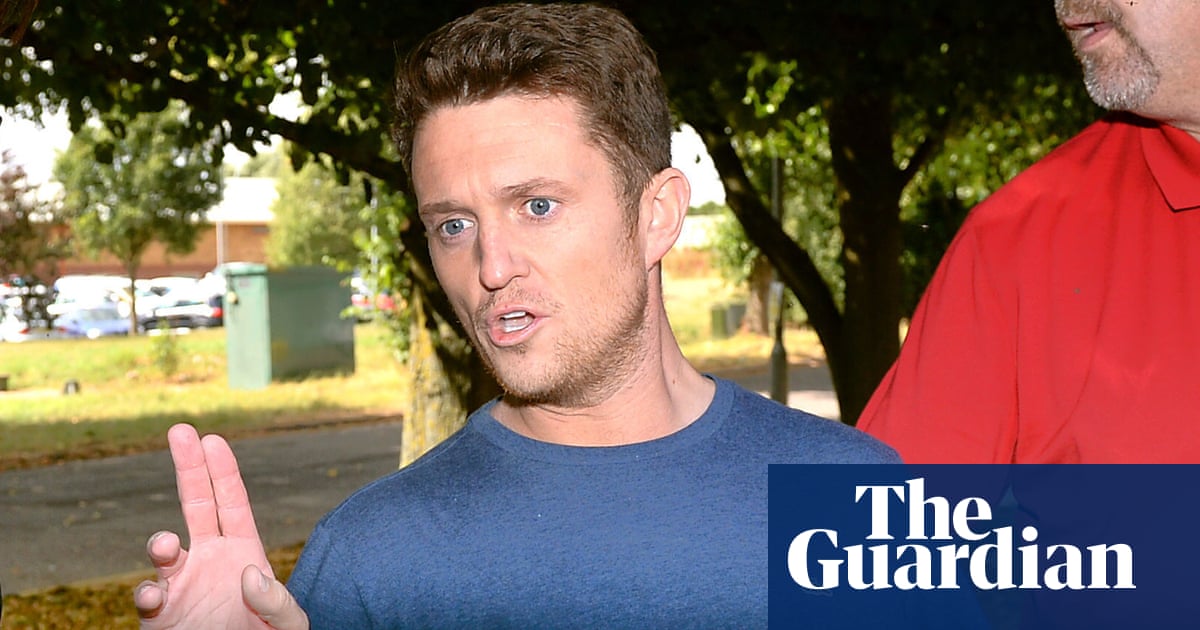 Tommy Robinson, the founder of the English Defence League, has been freed from prison after the court of appeal ordered that he should be retried on a contempt of court charge.

He had been held at Onley jail near Rugby after receiving a 13-month sentence for breaching reporting restrictions at Leeds and Canterbury crown courts.

At the court of appeal on Wednesday, the lord chief justice, Lord Burnett of Maldon, upheld the Canterbury ruling but said the ruling in Leeds was flawed and there should be a retrial.

Robinson, the appeal court said, would be released on bail on condition that he attended the retrial before the recorder of London at a date to be fixed and keeps a distance of at least 400 metres from Leeds crown court.

In the judgment, the lord chief justice quashed the Leeds finding of contempt. That court hearing should not have proceeded immediately but waited to hear the case on a fully informed basis, he said.

The judges added: It was unclear what conduct was said to comprise a breach of that order and the appellant was sentenced on the basis of conduct which fell outside the scope of that order.

The decision at Leeds crown court to proceed to committal to prison so promptly and without due regard for [part] of the rules gave rise to unfairness.

The judge might have referred the matter to the attorney general to consider whether to institute proceedings. That course would have avoided the risk of sacrificing fairness on the altar of celerity.

Robinsons supporters in the packed courtroom broke into applause as Burnett announced the decision. The judge called for silence while he read a summary of the judgment.

Outside the Royal Courts of Justice, supporters of Robinson and anti-racism protesters, separated by crowd barriers and police, chanted rival slogans.

Members of Stand Up to Racism yelled: Say it loud, say it clear, refugees are welcome here, and Nazi scum. Supporters of Robinson called back: Youre the racists,and Hes coming home, hes coming home, Tommys coming home to the tune of the England World Cup football song.

The judges had been urged to overturn contempt of court findings against Robinson, 35, whose real name is Stephen Christopher Yaxley-Lennon. At a hearing in July, his QC, Jeremy Dein, argued that procedural deficiencies had given rise to prejudice.

Dein also submitted that the sentence was manifestly excessive and that insufficient regard had been given to personal mitigation.

Robinson was jailed in May after he filmed people involved in a criminal trial and broadcast the footage on social media. The footage, lasting about an hour, was watched 250,000 times within hours of being posted on Facebook.

The far-right activist was sentenced to 10 months in prison for contempt of court, which he admitted, and given a further three months for breaching the previously suspended sentence imposed by Canterbury crown court last year.

Jailing him, Judge Geoffrey Marson had told Robinson it was a serious aggravating feature that he was encouraging others to share it and it had been shared widely.

He added: Everyone understands the right to freedom of speech but there are responsibilities and obligations. I am not sure you appreciate the potential consequence of what you have done. People have to understand that if they breach court orders there will be very real consequences.

The London law firm Carson Kaye, which represented Robinson, thanked the court of appeal for its detailed judgment.

Its statement issued after the ruling on Wednesday, added: The rule of law and the right to a fair hearing are fundamental to every individual and this ruling [is] an example of the procedural safeguards of the system … What makes the British system so unique is the ability to set aside personal feelings and deal with the law and each case on its merits.

Outside the Royal Courts of Justice, Weyman Bennett, the joint national secretary of Stand Up to Racism, described the judgment as mistaken.

We believe that it will encourage racists and Islamophobes to build and organise, he said. I believe if he was a black kid from Tottenham, where Im from, he would still be in jail.

Vince Crawthron, 70, a Royal Navy veteran, had travelled from Cwmbran in Wales to support Robinson. Tommy has been unjustly imprisoned, he said. They want to silence him because he challenges the status quo.

Robinson walked out of HMP Onley on Wednesday afternoon. He declined to say anything directly to the media but was reported to have reporters: I have a lot to say, but not to you. To the British public. Why would I have anything to say to you? Youve lost the faith of the British public.

He was collected and driven away by two of his supporters while he was flanked by two men carrying his luggage.