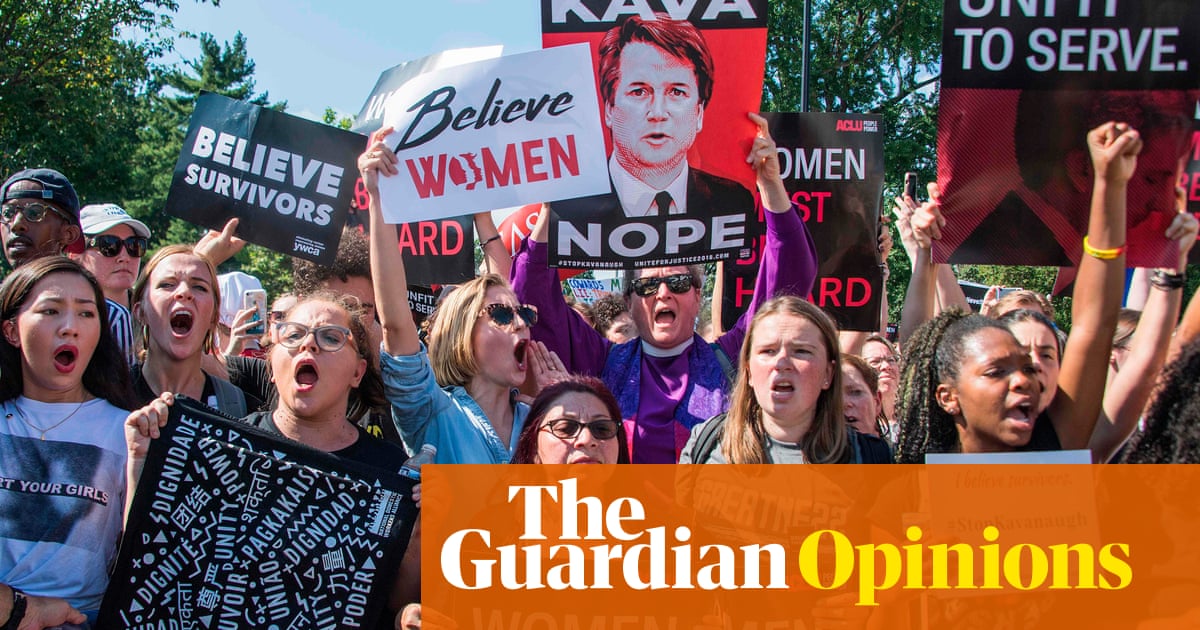 The brilliant Phil Ochs Bob Dylans rival, the late, tragic Phil Ochs said of the craft that defined him: A protest song is a song thats so specific that you cannot mistake it for bullshit.

Authenticity is rare in the era of staged Russian propaganda videos, influencer marketing and the kind of American president who makes 4,229 false or misleading claims in 558 days.

So the nature of humanity to cherish scarcities perhaps then explains the immediate worldwide popularity of A Scary Time. Composed and sung on the ukulele by a young Texan woman, Lynzy Lab Stewart, it satisfies that definition of a protest song with some precision. It was uploaded on 8 October. As I write this, the songs already clocked 25 million views and has become a media story worldwide.

Its a riff on Donald Trumps recent quote regarding Brett Kavanaugh, the partisan Republican judge and then nominee for Americas highest court, credibly accused by three separate women of sexual misconduct or assault. Its a very scary time for young men in America when you can be guilty of something that you may not be guilty of, Trump proclaimed.

Since that time, an FBI investigation exonerated Kavanaugh of Dr Christine Blasey Fords sexual assault somehow, without interviewing either of them.

Then, the president mocked and belittled Ford by publicly lying about her testimony.

Boys were shown just how precisely scary rape allegations can be when Kavanaugh was then, um, rewarded with appointment to the supreme court of the United States.

And, at his confirmation ceremony, Kavanaugh demonstrated the sincere level of his respect for women by shoving his wife.

Yes theres rather a lot of bullshit around. And, in song, Lab Stewart skewers it all.

To pops familiar 4/4 time, her vocals are as light as a sea breeze while her lyrics catalogue the routines of terrified self-protection into which women who live in the west are inured.

Its a destabilising juxtaposition. I cant walk to my car late at night while on the phone, she sings, I cant open up my windows when Im home alone, I cant go to a bar without a chaperone and I cant wear a miniskirt if its the only one I own Then comes the chorus, with a punch: But sure is a scary time for boys!

Trumps rightwing mythology of confected male victimhood is ruined by the songs procession of false equivalencies. Its really tough when your reputations on the line and any woman youve assaulted could turn up anytime, she sings.

Ochs, a lifelong activist, once explained that a single good song with a message can bring a point more deeply to more people than a thousand rallies.

Thats because protest songs reach into human spaces that not all physical mobilisations can. And they coalesce communities when listeners discover experiences thought to be individual are actually shared. Read the comments from women under posts of the video; you dont need to live in America to realise the same, specific, fear-based regimentation of female behaviour the song describes exists everywhere.

Im older than Lab Stewart, and Australian but I dont go to bars alone, answer the door in silk pyjamas, jog at night with headphones in, as she describes, and for her same reasons: because the threat of sudden male violence is a tangible omnipresence that all women are taught from childhood to fear.

When protest songs catch on like this, its because they speak to a resistance towards the cultural values that formerly coerced collective behavior unnoticed. Theyre both a direct political challenge to a prevailing status quo, and an index of a threat to that status quo thats growing.

Its why the repression of protest artists is a characteristic of authoritarian regimes; it was a symbolic affirmation of regained cultural control in the 1970s when Pinochets Chilean junta had singer Vctor Jara Phil Ochss friend arrested, tortured, murdered and mutilated.

The emergence of a feminist protest song as a viral hit does not exist a universe away from the traditions of confrontation between cultural resisters and the state. Is it hard to believe that the Trumpist mob will weaponise the internets infinite avenues of intimidation against the girl with the ukulele?

Not when the feminist movement is mobilising the most coherent grassroots political opposition to Trump.

While most Republicans and their fans were crowing the appointment of Kavanaugh as a victory, only GOP senator Lisa Murkowski who supported the man but voted against him seemed to grasp the danger his selection posed to her own side. I think were at a place where we need to begin thinking about the credibility and integrity of our institutions, she said. Were dealing with issues right now that are bigger than the nominee.

Those issues are the very legitimacy of governmental and judicial authority in America, and beyond.

The ability to maintain a status quo is weakened when division entrenches. By choosing to provoke rather than neutralise opposition, Trumps movement has enhanced and empowered it. Their man has been credibly accused of being a liar and credibly accused of sexual assault; promoting Kavanaugh to a placement of judgment over others weakens the authority of that personal judgment but erodes faith, trust and respect in systems of authority itself.

As those whose advantage is dependent on maintaining the status quo, the Trumpists are endangering themselves by encouraging resistance, specifically, to the law. If a critical mass of women cease to believe that justice serves them, they will apply justice of their own.

This is the incendiary authenticity that burns at the core of Lynzy Lab Stewarts pretty song: women have nothing to lose by fighting the bullshit. Its a scary time for Trumps boys, indeed.