WASHINGTON (CNN)Americans are becoming more likely to think President Donald Trump will win a second term in office, while Joe Biden stands atop a crowded field of Democrats perhaps looking to replace him, according to a new CNN Poll conducted by SSRS.

The public is split over whether they think the President will win a second term — 46% say he will and 47% say he won’t. But that’s a steep improvement for him since March, when 54% of adults said they thought he’d lose his bid for a second term. The share seeing a second Trump win in the offing has risen across party lines. The increase is a bit sharper among men (up 8 points), independents (from 39% in March to 47% now) and those who are enthusiastic about voting in this year’s midterms (from 37% in March to 46% now).

The President’s partisans are just as likely to want him renominated now as they were in March: Seventy-four percent of Republicans and Republican-leaning independents say he should be the party’s nominee in 2020, and 21% would rather see someone else at the top of the ticket.

In the race for the Democratic nomination to face Trump, former Vice President Biden leads a massive potential field. The poll asked Democrats and Democratic-leaning independents to choose their preferred presidential nominee among 16 possible candidates. Biden tops the list with 33% support, followed by independent Sen. Bernie Sanders of Vermont, the 2016 runner-up, at 13%. Sen. Kamala Harris of California follows at 9%, with Sen. Elizabeth Warren of Massachusetts at 8%. Sen. Cory Booker of New Jersey and 2004 Democratic nominee John Kerry garnered5% support.

Former New York Mayor Michael Bloomberg, who recently became a registered Democrat and spoke in New Hampshire on Saturday night, stands at 4% in the poll. Rep. Beto O’Rourke of Texas, currently running against Sen. Ted Cruz, also lands at 4%. Less than 1% said they back Rep. John Delaney of Maryland, the only declared candidate in the field, and just 1% choose attorney Michael Avenatti, who has been visiting early primary and caucus states. 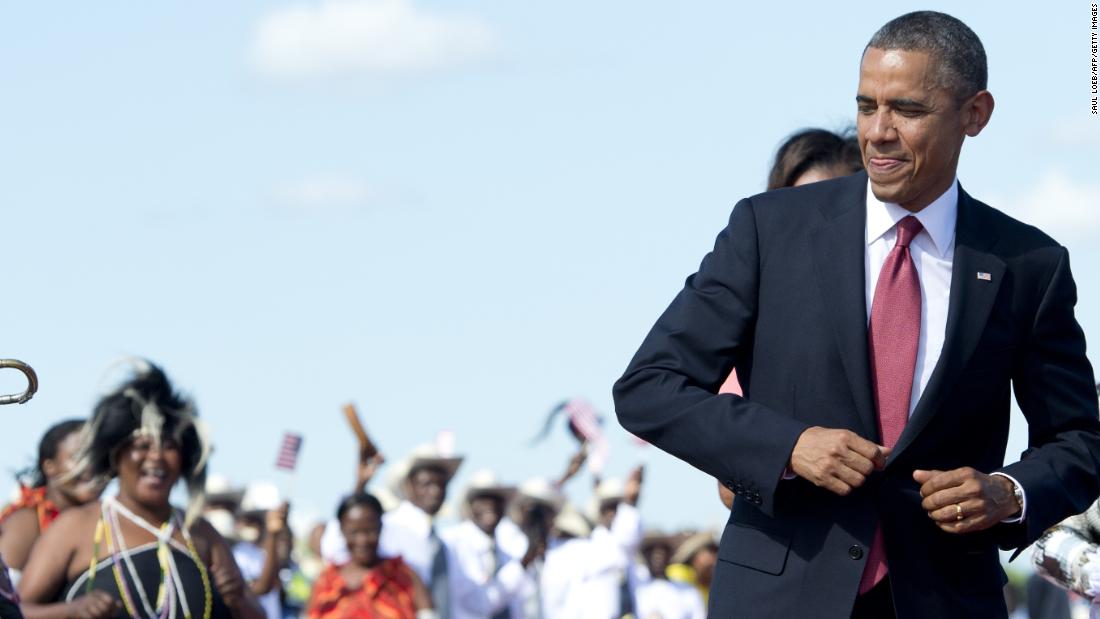 Sanders continues to prompt some of the same divisions he did in 2016, garnering lower support among self-identified Democrats and older voters. Among those who consider themselves Democrats, 34% back Biden, 11% Harris, 9% Sanders and 8% Warren. Among independents who say they lean to the Democratic Party, however, Sanders stands in second place, with 21% (Biden has 31%, Warren 8% and Harris 7%).

Harris appears to be the biggest beneficiary of Sanders’ challenges among Democratic partisans. Among those self-identified Democrats who consider themselves liberal, Harris’ support spikes to 19%, still behind Biden at 27% but well ahead of Sanders, who earns just 7% support among that group.

When you add Democratic-leaning independents back to the mix, liberals are more evenly split, with 28% behind Biden, 15% Harris, 13% Sanders and 11% Warren. Among Democrats and Democratic-leaners who consider themselves more moderate or conservative, Biden stands well above the rest: 38% Biden, 14% Sanders and all the rest in single digits.

There is also still an age gap in the party over Sanders and Biden, with younger voters more apt to back Sanders than older voters (21% among those under age 45 versus 8% among older Democrats) and Biden’s numbers far higher among those over 45 (39% in the older group back Biden versus 26% among younger Democrats). No other candidates receive significantly different support across age groups.

There is little gap in Biden’s support between men (35%) and women (32%), suggesting the review of his role in Clarence Thomas’ 1991 Supreme Court confirmation hearings during Brett Kavanaugh’s confirmation process has not caused notable harm to the former chairman of the Senate Judiciary Committee.

The CNN poll was conducted by SSRS October 4 through 7 among a random national sample of 1,009 adults reached on landlines or cellphones by a live interviewer. Results for the full sample have a margin of sampling error of plus or minus 3.8 percentage points; it is larger for subgroups.