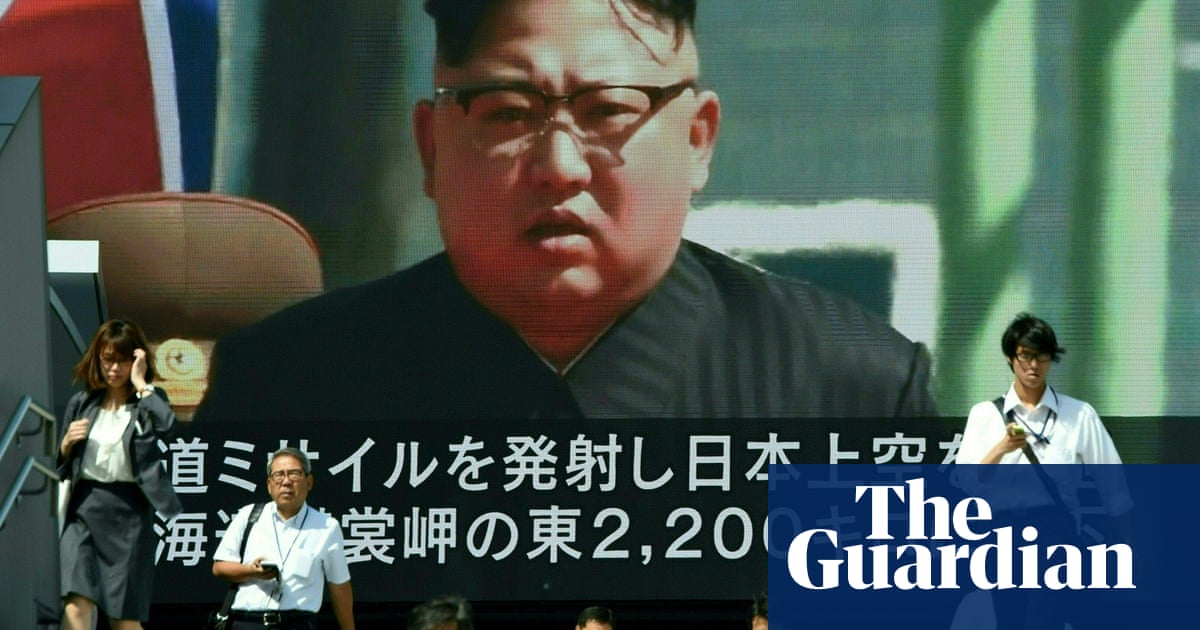 Japan is refusing to alter its hardline stance towards North Korea, claiming the regime poses a serious and imminent threat to its security, despite a lowering of regional tensions following Donald Trumps summit with Kim Jong-un.

In its 2018 defence white paper, published on Tuesday, the defence ministry said North Koreas nuclear capability and ballistic missiles proved that the security environment around Japan was becoming increasingly severe, despite recent dialogue between Pyongyang and Washington.

The North Korean leader made a vague pledge to denuclearise at historic meetings with Trump in Singapore in June, and with the South Korean president, Moon Jae-in, along the countries heavily armed border in April.

The defence ministry voiced concern over Chinese military spending and naval activity in the South China Sea, as well as air and maritime activity around the disputed Senkaku islands in the East China Sea.

The document also referred to Russias growing military ambitions, adding that Tokyo should monitor activity near their maritime border a reference to the disputed Kuril islands, which were seized from Japan by Soviet troops near the end of the second world war.

North Koreas military activities pose the most serious and pressing threat our nation has faced, the white paper said. Its military actions represent an unprecedented serious and imminent threat to Japans national security. There is no change in our basic recognition about the threat of North Koreas nuclear weapons and missiles.

The white paper was published soon after Trump cancelled a planned trip to Pyongyang by the secretary of state, Mike Pompeo, citing the regimes lack of progress on nuclear disarmament since the presidents summit with Kim.

The paper noted that North Korea had conducted three nuclear tests and launched 40 ballistic missiles since the start of 2016. Some of the tests involved long-range missiles that flew over northern Japan albeit at very high altitudes while North Korea also possesses several hundred medium-range Rodong missiles that are capable of striking Japan.

We need to keep a careful watch on North Korea to see what concrete action it takes to abandon its nuclear weapons and missiles, the ministry said.

The defence minister, Itsunori Onodera, acknowledged there had been unprecedented attempts to establish dialogue with North Korea this year, but added: We cannot overlook the fact that, even to this day, it possesses and fully deploys several hundred missiles that put nearly all of Japan within range.

The ministry said China was attempting to unilaterally change the regional status quo through coercion by building military bases in the South China Sea and sending vessels into waters near the Senkakus, which are administered by Japan but claimed by China, where they are known as the Diaoyu.

Beijing had prompted strong security concerns in the region and international community, including Japan, the white paper said. It did, however, welcome the introduction of a mechanism designed to prevent an accident or miscalculation from escalating into conflict between Japan and China in disputed areas.

China is showing an interest in building trust to prevent such incidents, the ministry said.

The defence review said that Japan needed to strengthen its alliance with the US and bolster its defence capabilities, given that it was surrounded by potential sources of friction. Japan has stepped up joint military exercises with the US and other allies, including Britain and Australia, and increased orders for military hardware from the US.

The white paper was released before the prime minister, Shinzo Abe, and his cabinet are expected to approve a defence budget that includes initial costs for a US-developed land-based missile defence system, Aegis Ashore, which will be deployed specifically to counter the threat from North Korea.