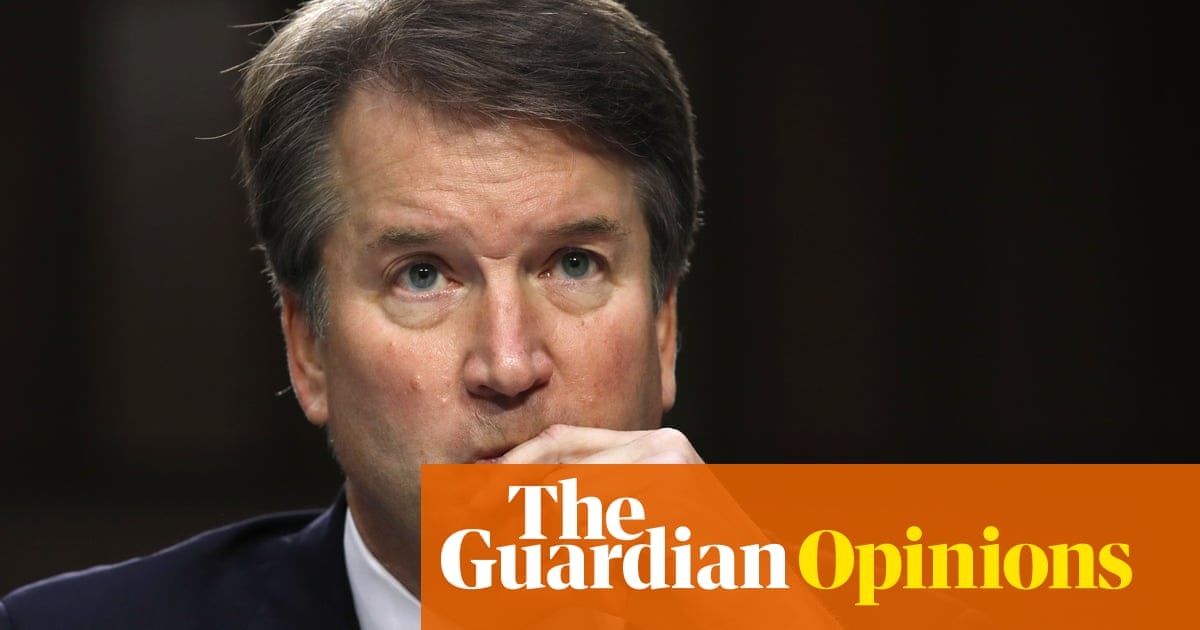 Trumps supreme court nominee faces new claims of sexual misconduct. But for many on the US right, he is worth the notoriety, says Guardian columnist Jonathan Freedland

By now, and just as matter of raw politics, youd have thought Brett Kavanaugh would have been withdrawn as Donald Trumps nominee for the US supreme court. Instead the US political class is girding itself for a moment of pure drama on Thursday, when the judges prime accuser a woman who says Kavanaugh sexually assaulted her when they were teenagers comes before a senate committee to testify.

If they were following the usual political rulebook, Republicans would never have let it get to this stage. After all, the midterm elections are less than six weeks away: surely, the last thing they need is to cast themselves as the villains in a #metoo drama that will be a TV spectacular. Yet tomorrow Dr Christine Blasey Ford will be grilled over her account of a high school party back in the 1980s when, she says, Kavanaugh pushed her on a bed, began grinding his body against hers and tried to undress her, to quote the New York Times. To stifle her screams, she asserted, he covered her mouth with his hand.

Republicans know the risks here. The precedent is 1991 when Clarence Thomas, similarly nominated to the supreme court by a Republican president, was accused of sexual harassment by Anita Hill. The grilling of Hill by an all-male line-up of Republican senators did not play well for the party: in 1992, they not only lost the White House, but also a clutch of senate seats, as several female candidates broke through in what was hailed as the year of the woman.

Republicans are clearly alive to the dangers of a rerun of the Thomas/Hill drama in the more polarised climate of 2018, when awareness of sexual harassment is so much greater than it was 27 years ago. The Republican presence on the judiciary committee is still, a quarter of a century later, all male, and the party has been determined to prevent the optics of a group of sceptical men interrogating a woman who has come forward to describe a sexual assault. To that end, the Republicans have hired a female prosecutor to ask the questions for them. As a reminder of just how easily this could go wrong for Republicans, and how inept they are in this area, senate majority leader Mitch McConnell described this outside legal expert as a female assistant prompting one commentator to wonder if shed be making coffee for the male senators too.

The longer this goes on, the more questions about the judge are surfacing. Theres a second accuser, Deborah Ramirez, who says that a drunken Kavanaugh exposed himself and thrust his penis in her face when they were students at Yale. Theres his membership of both a college fraternity notorious for disrespecting women, according to the Yale newspaper, and an all-male secret society called Truth and Courage, whose activities led it to be known as Tit and Clit. There are reports that Kavanaugh was a heavy drinker who would become belligerent and aggressive when drunk to the point of passing out. And there are the questions about his service in the White House of George W Bush and whether he was honest about that record during earlier nomination hearings for judicial posts.

Given all this, the obvious path for Republicans would be to withdraw Brett Kavanaugh. So why havent they done it? The answer is revealing about not just immediate Republican tactics but the longer term strategy of the wider conservative movement in the US.

If Kavanaugh were to withdraw now, its doubtful there would be sufficient time to advance a replacement nominee before congressional elections on 6 November. There is a chance not a great one, but a chance nonetheless that Democrats could win not only the House but also the Senate, where judicial nominees are decided. It means that Kavanaugh might be Trumps last shot at appointing a conservative to the supreme court, to accompany Neil Gorsuch who he sent there last year.

And heres the crucial point. For many on the American right, a seat on that bench is simply too precious a commodity to give up. If Kavanaugh goes through, he could be on the supreme court for the next 40 years, deciding life and death issues of abortion, civil rights and, critically for Trump himself, the proper scope of presidential authority, including the question of whether a sitting president can face criminal charges.

Put simply, for some US conservatives especially anti-abortion Christian conservatives that seat on the highest court is so valuable, they are ready to risk Republican control of the senate to win it. They have understood the centrality of the court for decades, prioritising it far more than Democrats ever have. Witness the 2016 election, when plenty of conservatives who regarded Trump as unworthy and even immoral voted for him anyway just to win control of the court. Democrats who disliked Hillary Clinton did not show similar discipline.

So, yes, televised hearings like tomorrows are a nightmare for Republican electoral strategists looking to November. But the wider American right is keeping its eye on a bigger prize.

Jonathan Freedland is a Guardian columnist