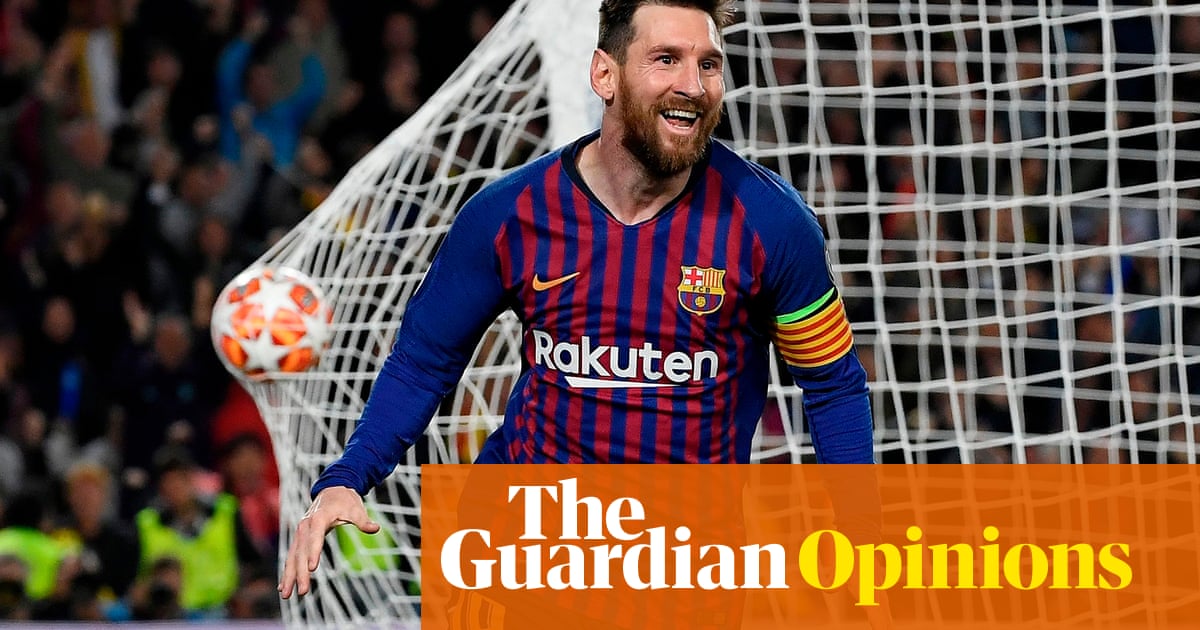 Contemplating his sides Champions League quarter-final against Manchester City last season, Jrgen Klopp said that to sit back and look to absorb pressure against such a side was in effect to try to win the lottery. Against the very best, he believes there is no point at least for a team of Liverpools ability in curling up like a hedgehog and hoping the threat somehow goes away. He vowed to attack, and did, and his reward was three goals in an extraordinary 20-minute spell that settled the tie before half-time in the first leg.

But such an approach against a side of great quality, meeting fire with fire, comes with a risk. Klopp has become slightly more cautious this season. Liverpool have not pressed quite so hard. The experience of the end of last season, as fatigued players struggled through the final weeks of the campaign, has led to compromise. But it has been grudging compromise, a change of approach for the long-term goal of easing the burden on his team; Klopp still fundamentally believes that when it really matters football should be played at the highest possible volume.

In terms of personnel on Wednesday, there was some concession to the fact they were playing Barcelona. There was James Milner, level-headed and reliable, in midfield, while the preference for Georginio Wijnaldum to stand in for Roberto Firmino hinted at a slightly more defensive mindset. Wijnaldum performed manfully in the unfamiliar role and created a chance for Milner with a deft dummy, but if the idea was for him to drop deep and prevent Sergio Busquets acting as Baras metronome, it failed. Busquets still registered a 91.3% pass completion rate.

Joe Gomez was a more conservative choice than Trent Alexander-Arnold at right-back although it is an admittedly unusual strain of conservatism that gives a player his first start in five months at the Camp Nou. The idea, presumably, was that his experience as a central defender would help the back four play narrow and so crowd out Lionel Messi a plan that, for three-quarters of the game, worked as well as any plan to stop Messi has this season. The problem was it came at the cost of surrendering the right flank to Philippe Coutinho and Jordi Alba at least until Jordan Henderson arrived, eyes bright and tail wagging, to lollop tirelessly, plugging gaps and offering a threat with his long, booming crosses. Before he had a chance to work his influence, though, the space in front of and outside Gomez had offered up the opening goal.

Essentially, though, Liverpools plan was still attack. And for 25 minutes or so after half-time it worked. Bara looked rattled. Between the 50th and 70th minutes, they had 34% possession. Their pass completion rate fell to 76%. Bara may be more used to it than they were when Pep Guardiolas Bayern went to the Camp Nou in the Champions League semi-final and pressed them in 2015, but they are still susceptible. Simple balls were knocked out of play, their unease seen in the persistent appeals to the admirably phlegmatic Dutch referee, Bjrn Kuipers.

PrevPreviousThere are now as many Americans who claim no religion as there are evangelicals and Catholics, a survey finds
NextPittsburgh state of mind: how August Wilson’s flame burns onNext