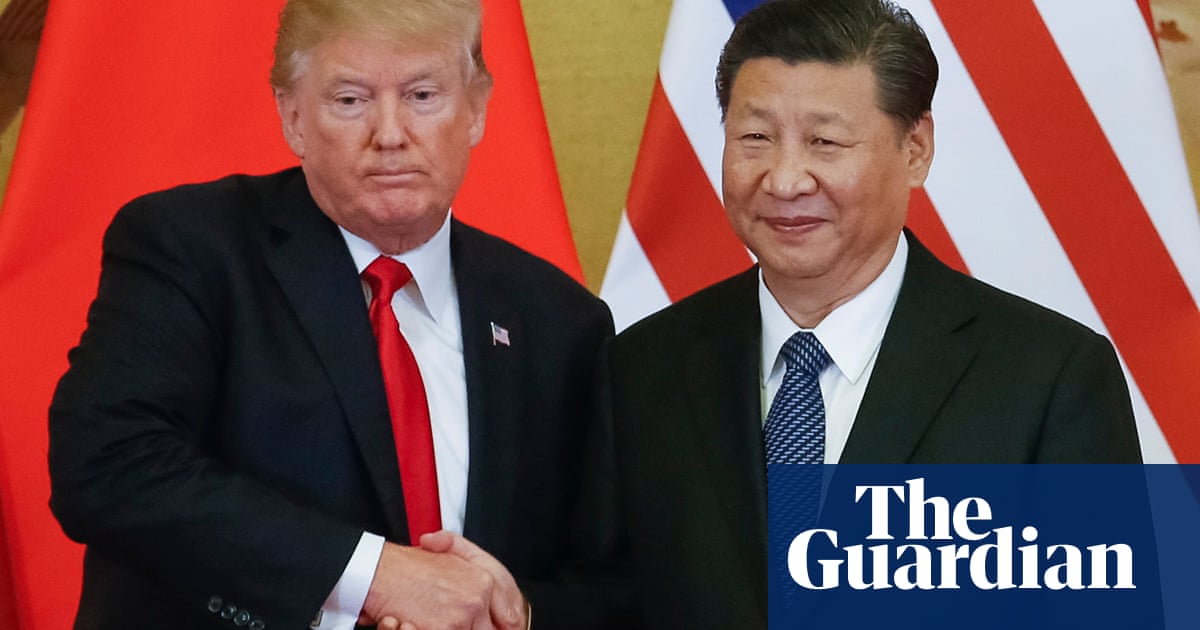 Following his instincts, the president has slapped tariffs on $200bn of Chinese imports but the consequences are unpredictable

Donald Trumps obsession with tariffs may be based on one of his few core beliefs. Or it may be part of a grand strategy to win votes. Either way, triggering a trade war between the worlds two biggest economies represents a huge gamble ahead of next years US presidential election.

The US has raised tariffs on $200bn in imports from China to 25% from 10%, with another round in the offing. Beijing vowed to retaliate but Trump, ever the salesman, claimed on Twitter that the new tariffs will bring FAR MORE wealth to America.

Trump is notoriously a non-ideological pragmatist who has switched parties and positions on countless issues, but for four decades he has taken a tough line on trade. Dan DiMicco, the former chief executive of the steel company Nucor, told the Washington Post in 2018: People think he just came to this issue last year, but he came to it on his own, decades ago, seeing what was going on in the 70s and 80s with job losses and manufacturing in decline.

Defying Republican party free market orthodoxy, Trump talked about trade relentlessly during the 2016 election campaign and it worked with enough people to help win the electoral college. He therefore sees no reason not to pursue the same course while in office and in the 2020 election.

Indeed, Trump and allies insist that the current trade policy has helped generate positive economic growth 3.2% in the first quarter though most experts contend that tariffs reduce economic activity by raising prices for consumers.

Politically, however, Trump senses an opportunity to divide his opponents and put Democrats in an awkward spot. Chuck Schumer, the minority leader in the Senate, has repeatedly praised him for taking a harder line on China than either Barack Obama or George W Bush.

But other Democrats, Trump believes, are vulnerable to the accusation of weak on China while he plays strongman putting America first. Former vice-president Joe Biden, currently leading the primary polls, raised eyebrows last week by downplaying the threat of Beijing.

At a rally this week in Panama City, Florida, Trump cast doubt on whether another contender, the South Bend mayor, Pete Buttigieg, 37, is up to the job. We have a young man, Buttigieg Hes got a great chance, doesnt he? Hell be great, representing us against President Xi of China thatll be great. I want to be in that room. I want to watch that one.

But there are clear political perils. One of Trumps favourite applause lines at rallies is the health of the stock market and the stalled talks threaten that run. Studies also show consumers and companies are already paying billions more in higher taxes and lost efficiency.

And farmers are especially vulnerable from lost sales to China, an issue on which the president seems to be in denial. He tweeted on Friday: Your all time favorite President got tired of waiting for China to help out and start buying from our FARMERS, the greatest anywhere in the World!

In fact China is the fourth biggest export market for US agriculture. It bought $9.3bn in American agricultural products last year, according to the US agriculture department. Losing farmers votes could prove costly to Trump at the ballot box. And if his tariffs tunnel vision brings about an economic slowdown or worse, his central argument for re-election will be lost.